Home Hyundai 2014 Hyundai i10 aka Brilliant Spotted Testing on NH4 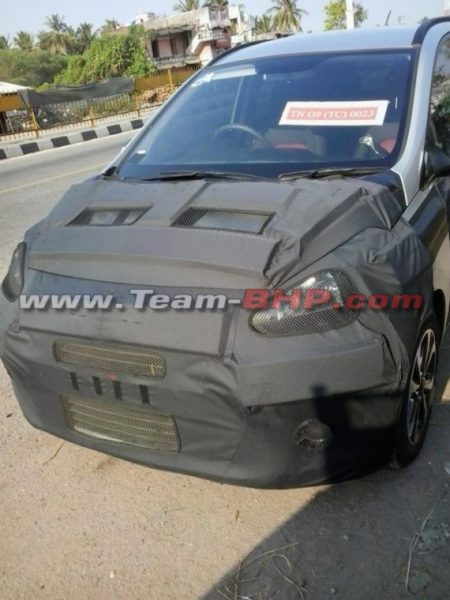 That the 2014 Hyundai i10 is coming our way is a well known fact by now. We have already reported in detail about the all new generation of the i10 hatchback and the test mules of the upcoming car have been spotted in India on a couple of occasions.

The 2014 Hyundai i10 is an important car for HMIL. Car aficionados would remember that the i10 sent competition running back to drawing boards back when it was launched. The i10 ruled over its rivals for a considerable amount of time but advent of newer and diesel powered cars proved to be the gate crashers to the little Hyundai’s party. All this might be set to change with the arrival of the all new Hyundai i10. The 2014 Hyundai i10 might be sold under the Brilliant moniker and is sure to come with a diesel engine variant. 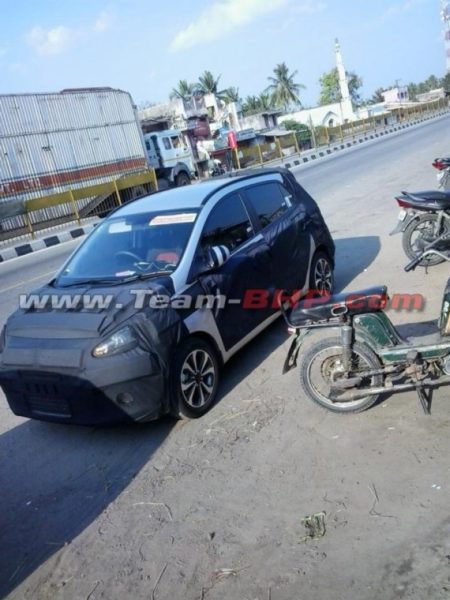 Team BHPian Prabhanjan Tattar recently spotted a 2014 Hyundai i10 test mule on NH4. The 2014 Hyundai i10 might be here by Diwali and it is being said that the car will make its public debut at the Frankfurt Motor Show in September. The new Hyundai i10 will become the smallest diesel engined car in the Korean auto giant’s line up.  The car will sport a three-cylinder 1.1L diesel engine, with the petrol variants continuing to be powered by the 1.2-liter Kappa petrol engine. The new i10 will be roomier than before and is being expected to come with slightly better boot space and rear legroom. The car would also come with a longer equipment list that would include some of the features seen on the bigger i20. And did we say that we are in love with the tasty alloy wheels? 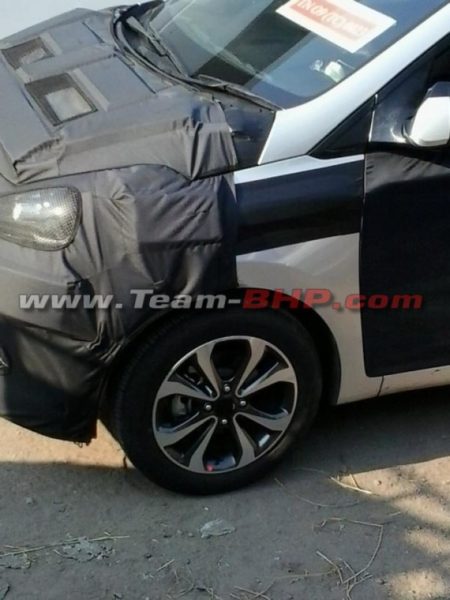