Home Maruti Suzuki 2013 Suzuki Swift asks you to have fun! 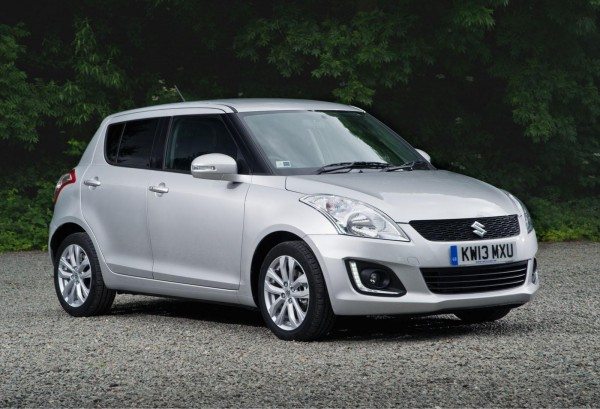 The Swift facelift comes with the quintessential DRLs, featured in the front bumper. The DRLs seem to be very similar in shape to those on the Hyundai i20 facelift. The only other change in the exterior styling is a new set of alloys. The non-alloy wheels version gets new design for the wheel caps. The car also comes with new color option for the 2013 Suzuki Swift- Boost Blue (Metallic).

Changes to the styling of 2013 Suzuki Swift facelift are “Blink and you’ll miss them” but it’s good that Suzuki realizes it doesn’t need to mend what ain’t broke. 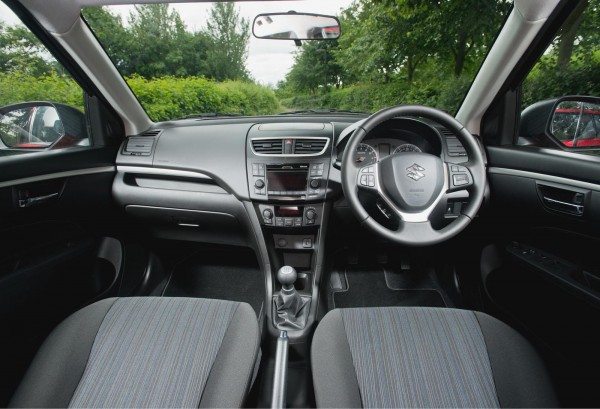 On the inside, the car gets an upholstery change for the seats, Auto Up feature for driver side Power Window, Power folding for ORVMs and Auto headlamps.

The updated 2013 Suzuki Swift will continue being powered by the 1.2-liter K-Series petrol engine and 1.3-liter DDiS diesel engine. However, the diesel motor has been tweaked to reduce CO2 emissions from 109g/km to 101g/km and fuel efficiency has been increased by 7%.

What we have here is the promotional video for the new Swift. The tagline of the video is ‘Please have Fun’

The video stresses on the updated car’s fuel efficient and environmental friendliness.