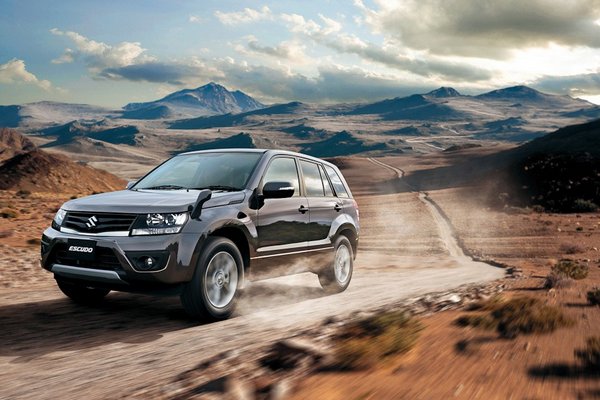 We have the Grand Vitara SUV on sale in our market since sometime now. This is the second innings of the Vitara brand in India as we also had the XL-7 on sale in the country. Now, in a recent development, it has emerged that MSIL plans to bring the 2013 Grand Vitara SUV to India later this year. The refreshed Vitara was recently launched in Japanese market with a new name – Escudo. The car gets a host of new features and the cabin now appears to be a better place to be in. It is not confirmed yet if these features will make it to the Indian model.  On the outside, the car gets a new front grille and bumper. Powering the facelift is the same 2.4 liter four cylinder petrol engine that delivers 165 PS- 225Nm. The Japanese Domestic Market (JDM) also get s a special  edition X-Adventure variant which features Bison Brown Pearl Metallic exterior paintjob, 18″ alloy wheels, a chrome front grille and some more features like a sun roof and red swede finish on interior trim.