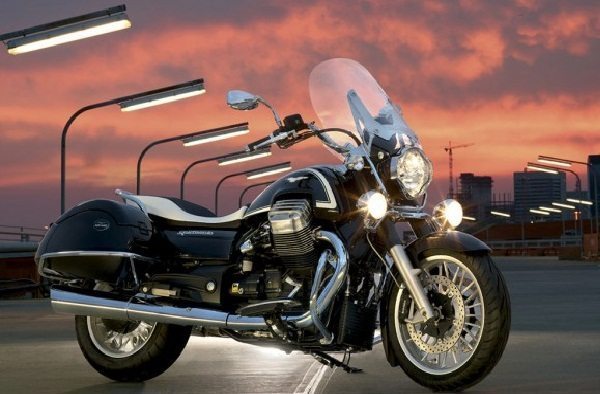 The 2013 Moto Guzzi California 1400 Tourer is the result of some 54 million US dollars spent in the product development and modernizing the Moto Guzzu production facilities.

The bike gets 3 engine mapping options- Turismo, Veloce and Pioggia.

The bike has been built around a new double cradle steel tube chassis and the California rides on 200/60 16 inch tyre at front and 130/70 18 inch tyre at rear. The bike comes equipped with a traction control system and Brembo brakes with ABS.