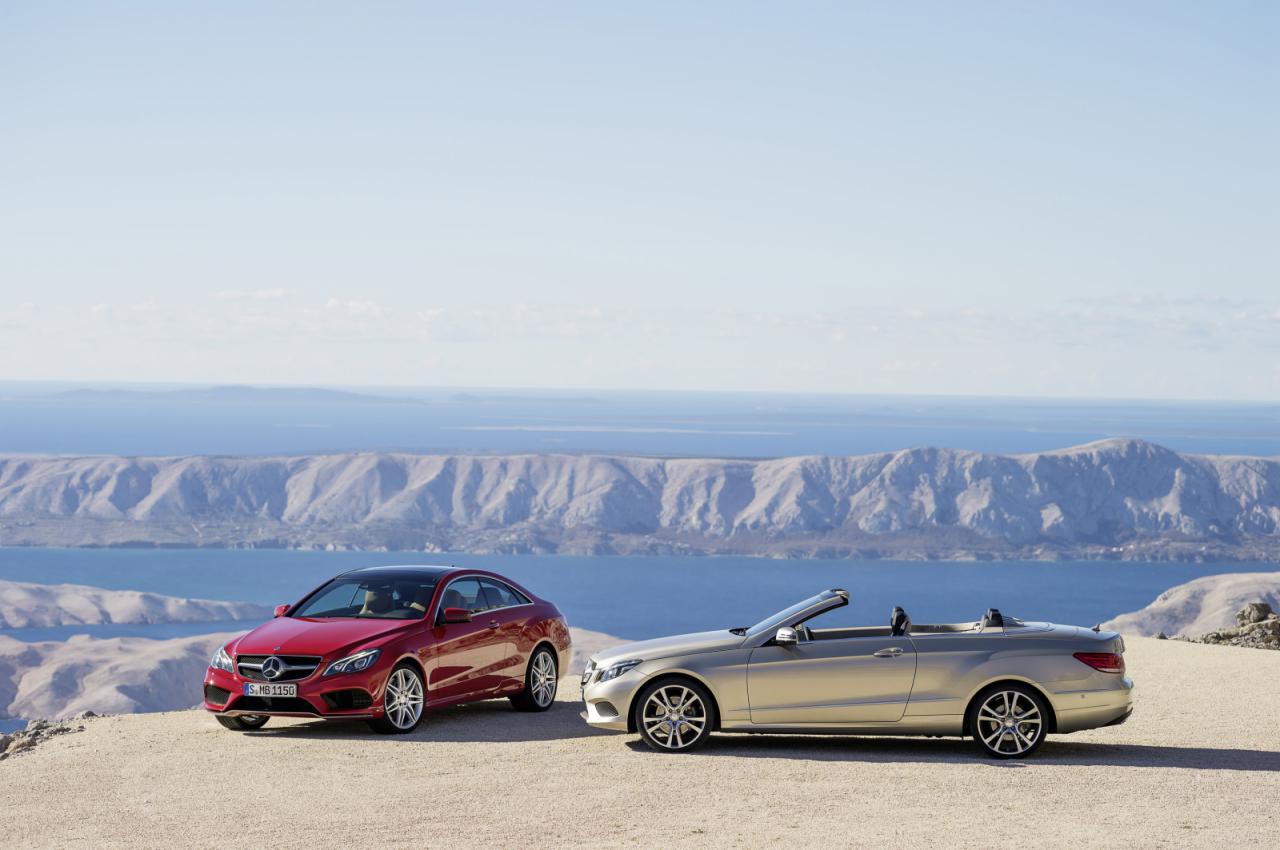 Mercedes has revealed the official images of the facelifted E-class coupe and cabriolet. The headlines for the face lift versions include a new face with revamped headlights, inclusion of new engine tech and some changes made to the interior.
The most recognizable design feature on the E-Class Cario and Coupe face lifts is the replacement of the four-unit headlamps by a single unit. The grille has changed too, and so has the bumper, for a sharper, sexier and sportier look. 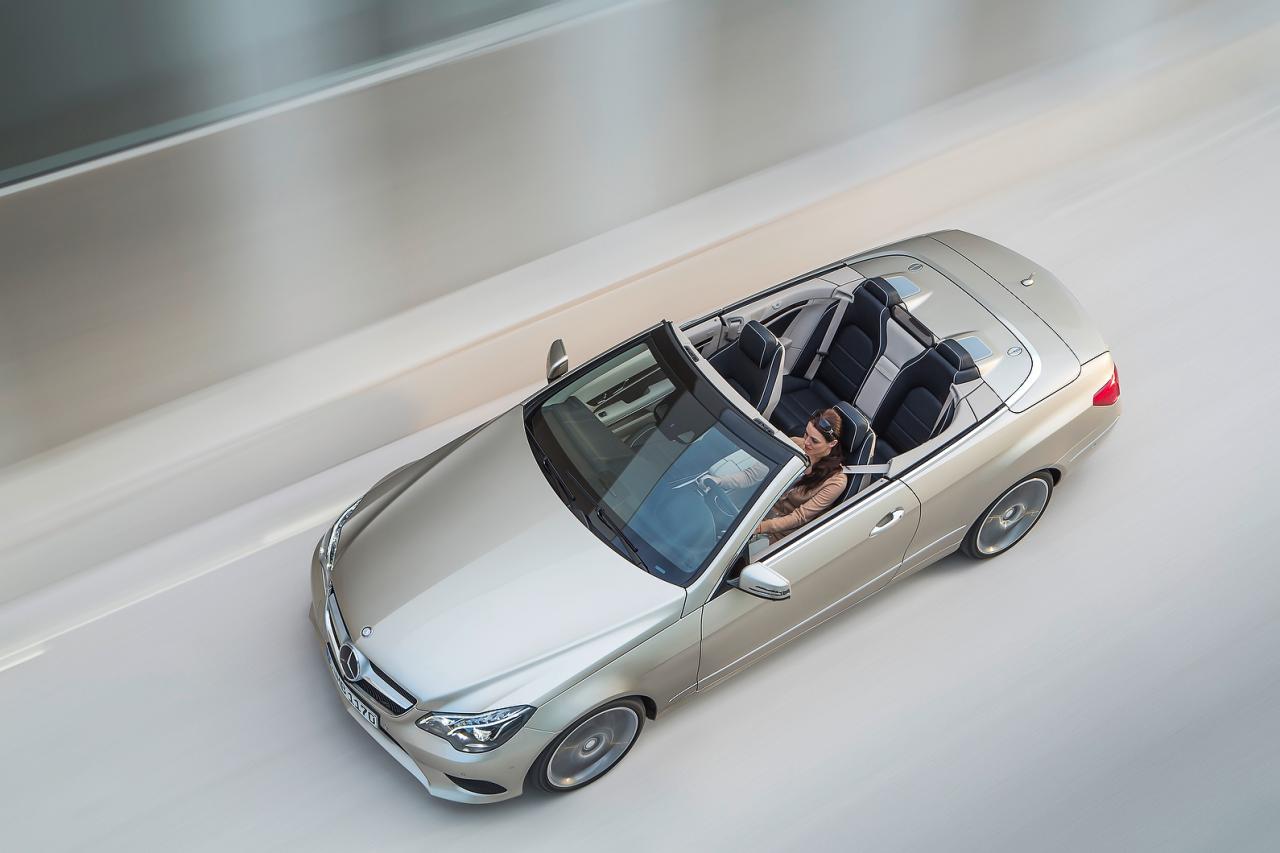 Under the bonnet, the bigger, 350V6 and the 500V8 petrol engines have been discarded. The E200 and E250 four pot mills now have BlueDIRECT tech which reduces emissions and increases fuel efficiency by such a huge margin that these engines are already fit enough for the Euro VI norms, which are still two years away. 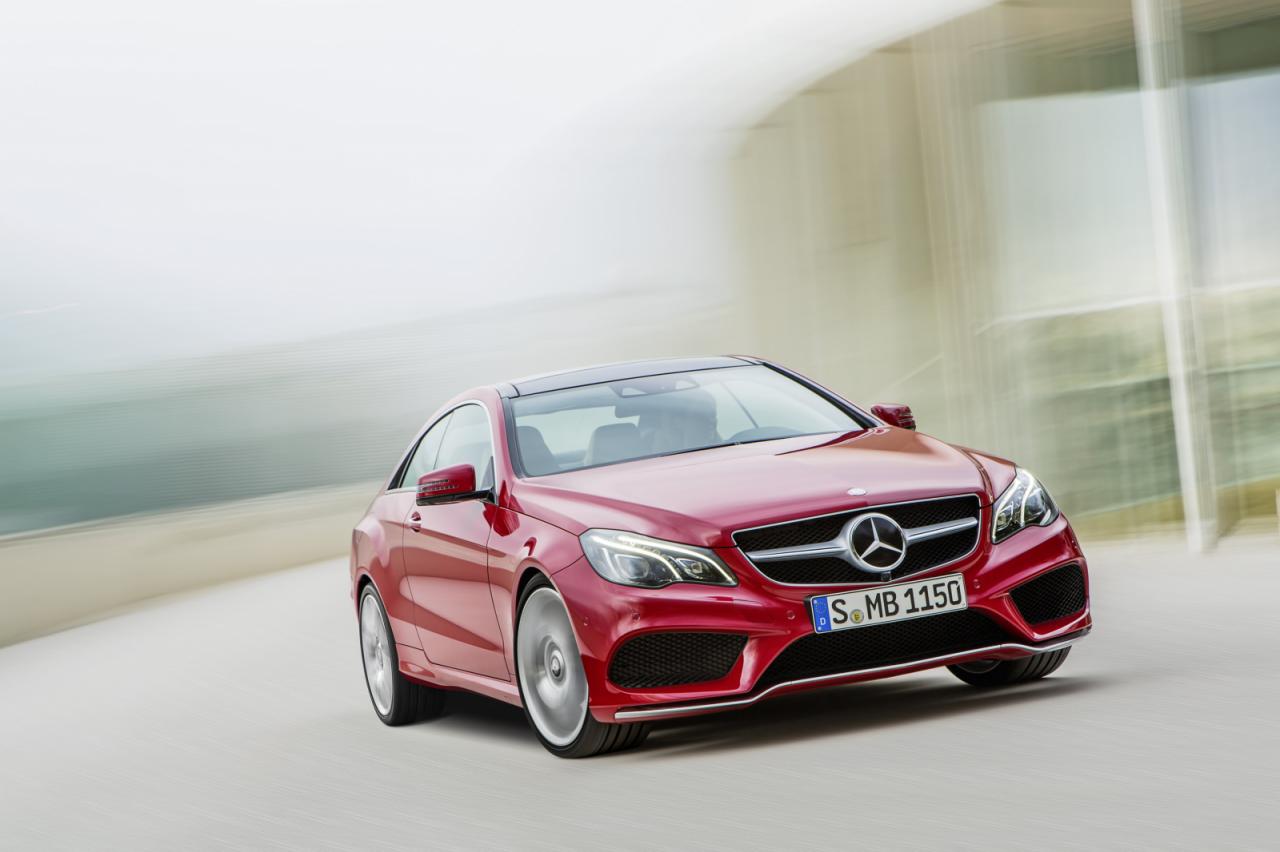 Diesel engines include the E220 and E250 CDI four cylinder mills and the E350 CDI V6. Transmission is via a 6 speed manual or seven-speed auto box.

The new cars also feature auto-park as an option, along with an army of other safety tech.The cars can now read traffic signs and are equipped with a 360 degree cam. Changes have been made to the air-buffeting system of the cabrio too, to prevent your hair from getting messed up when you drive with the rood down.