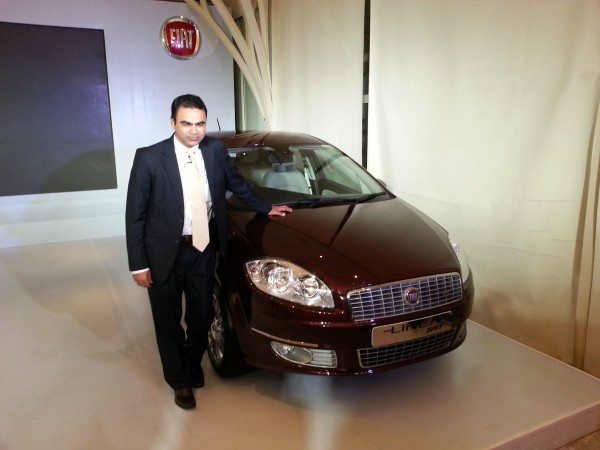 Regulars here would remember that we posted in detail when the Indian subsidiary of Fiat gave up on the slow selling Fiat Linea T-Jet and pulled it off the shelves. We weren’t too surprised by this development as it may be noted that thanks to ever increasing petrol prices, Indian car buying lot has shifted its focus to diesel powered cars. In such a scenario, the demand for high performance petrol powered cars is next to non-existent and only the most enthusiastic of the drivers are ready to put their money on a performance oriented petrol car which is high on performance but not really high on fuel economy.

In its second innings, the Linea T-Jet will hardly come with any visual changes. However, the car will get an increased ground clearance of 190mm (185mm for lower end variants) and a more effective aircon. This means that the Linea T-Jet has become the car with the highest ground clearance in its class. The T-Jet has been launched in three trim levels: Active, Dynamic and Emotion.

The Fiat Linea TJet Active variant comes pretty loaded and benefits from goodies such as ABS, EBD, rain-sensing wipers, Auto on/off lamps and all disc brakes on all four wheels.

The new 2013 Fiat Linea TJet price range starts at INR 7.6 lakhs (Active) and goes all the way to INR 8.8 lakhs for the top end variant (Emotion). The mid level Dynamic variant costs INR 8.4 lakhs. (All prices are ex showroom, Delhi). Not bad for a car that is focussed on road performance and is loaded to brim with features. Not bad at all. Right?