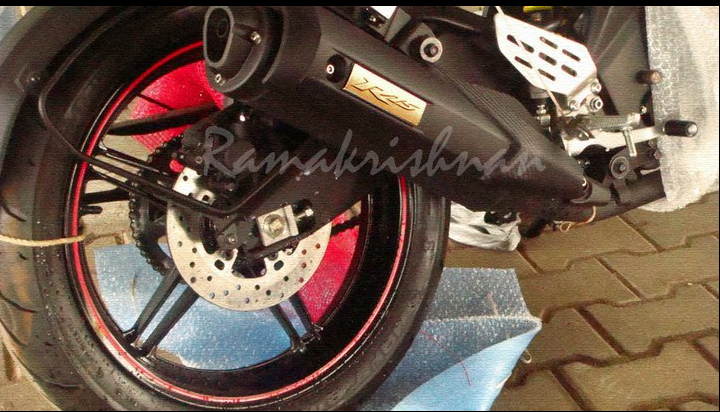 For months together, Yamaha India have been testing what seems like a new version of their R15. Sporting sharper styling, new allows, a redesigned tail section and wider tyres, the new bike has been spotted several times across India. Even after so many sightings, there wasn’t any clear word on what the mystery bike actually was. Rumors of the bike being Yamaha’s answer to the CBR250R also floated in the air for quite a while. The engine being covered with full fairing, no-one was quite able to make out what lay beneath that fuel tank. After all, it doesn’t usually take a bikemaker to take such a tortuously long period to launch an upgraded version of an already technically honed machine. The anticipation for a major overhaul under the skin wasn’t entirely misplaced

While the mystery on the launch date of the new bike remains intact, the secret about the engine capacity of the new machine from Yamaha doesn’t exist any more. 2011 Yamaha R15 FB page shows a picture (taken by one Ramakrishnan) of the bike in question, showing the R15 emblem on the exhaust can. The exhaust can, as seen on the earlier spy pictures as well, is different from the one of the current bike.

There is another picture on the FB page, showing the new machine in all its glory, and used as the profile picture. Here it is.

The new bike may hit the streets any time now. Prices are expected to go down by about Rs 10000. Power output and mechanicals are expected to remain unchanged. Keep watching this space for more updates. In the meantime, check out our earlier stories and spy pics of the r15 by using the search tool.

Update: Another picture that shows the ‘new’  front tyres and looks like some cost cutting in swapping the Nissin dual pots to Bybre!