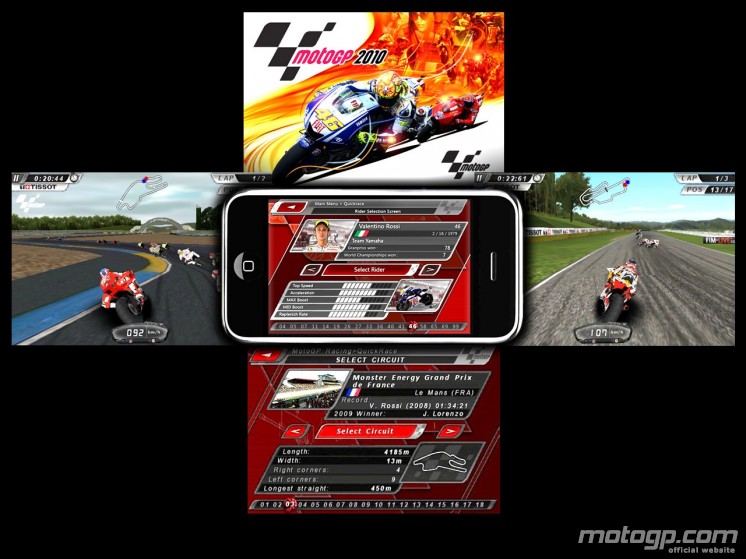 MotoGP, iPhone and iPod Touch fans can now club their interests together and virtually race Valentino Rossi, Jorge Lorenzo, Casey Stoner and others as the MotoGP 2010 Game is now available!

I- play, Oberon Media’s publishing division and the world’s leading multi- platform casual games publisher, announced the launch of the MotoGP 2010 Game for iPhone and iPod Touch which challenges gamers to unlock all 18 circuits through a 3D experience. Championship mode allows players to compete for the 2010 World Championship, with two camera angles giving amazing views and acceleration controls that replicate the lean angle of the bikes through accessible handling. The game also comes with iPod Library support, allowing users to listen to their own music while they play, an unlockable image gallery of the real circuits of the World tour being also available. The game is available at the iTunes App store for $3.99/£2.39/€2.99.