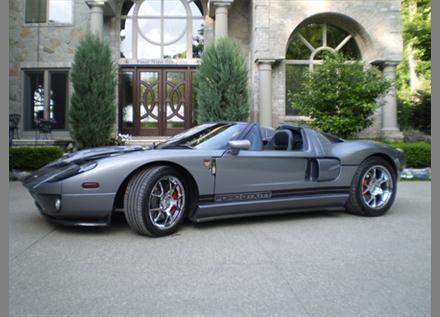 Listed on duPontRegisty is this performance-tuned Ford GTX1, which has an asking price of 450,000 USD.

It may be noted that Ford Motor Company made as many as 4,038 units of the new GT. Along with these, 30 models were built by Genaddi Design Group, who is a Ford-authorized coachbuilder. These special cars went on sale with the X1 moniker and the car that is up for sale is one of these 30 Genaddi-built models.

However, there is a lot more to this particular X1 than its Genaddi credentials. This GTX1 is modified by Rich Brooks from the The GT Guy LLC in Michigan and is equipped with a twin-turbo kit. This is exactly why the car has got a  TT moniker and this GT X1 has a max power output of 1,000 HP (735 kW). Soon after the installation of the turbo kit, the car was given to prototype and launch engineer Kip Ewing, who was quick to installing in some carbon fiber trim components.