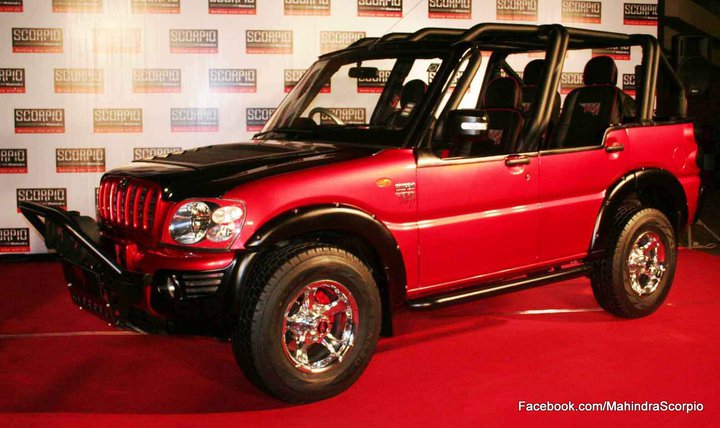 Mahendra Singh Dhoni was recently spotted travelling to a stadium in his hometown, Ranchi in a heavily customised Mahindra Scorpio. Of the many exotics owned by the cricketer, including the Confederate Hellcat, Kawasaki Ninja H2 and the Hummer H2, Dhoni’s Scorpio managed to catch our attention for its appearance is far off from the regular model. 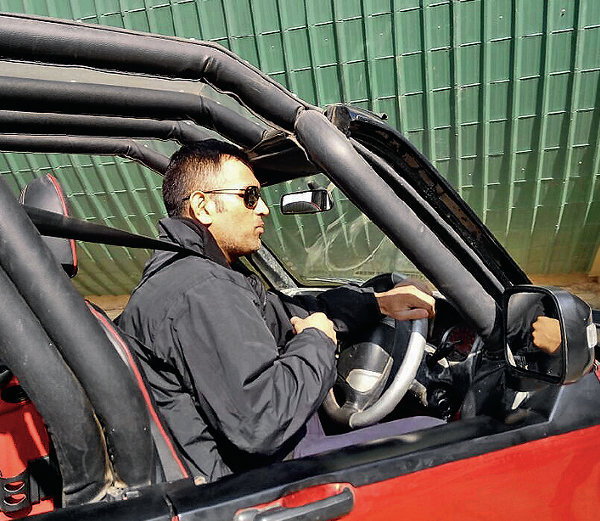 This customized Mahindra Scorpio is likely to be a one-off model. Before one goes ahead to point out the odds of illegal modifications, let us tell you that this custom Scorpio has been done up for Dhoni by the folks at Mahindra themselves.

Also read: How about a Mahindra Scorpio Getaway 6×6? 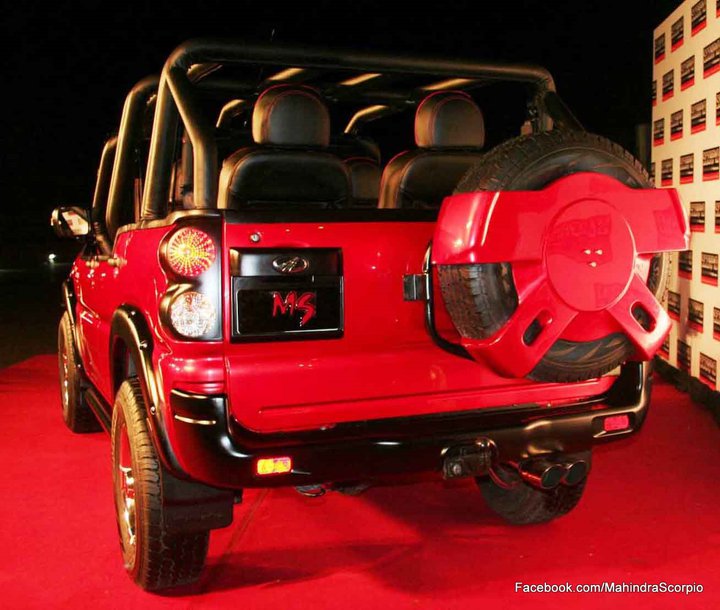 The model has been heavily reworked, with all three pillars being chopped off, making way for a king-sized roll cage. The doors too, have been sawed off till the door handles. Also seen across the body of this Scorpio are the ‘MS’ initials, denoting the custom edition of the Scorpio.

Not much is known about the interior save for the fact that the third row seats have been removed and the second row of seats have been pushed further behind for additional legroom. Engine specs are likely to be unchanged and hence it can be assumed that this customized Scorpio for M.S. Dhoni is still powered by the same 2.2-litre mHawk turbocharged diesel engine that develops 120 bhp and 290 Nm of torque.