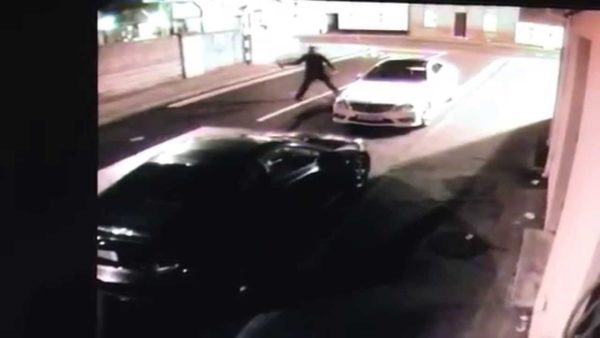 If you are against rampant thievery and vehicle harassment, you will love this one! We think this video clearly proves that bad actions, lead to nasty consequences. This time around, the thief ended up paying the prize for his destructive behaviour. According to the description given in this YouTube video, this idiot was hell bent on breaking a window on this brand-new Mercedes-Benz E-Class coupé that was parked outside a pub in Ireland. 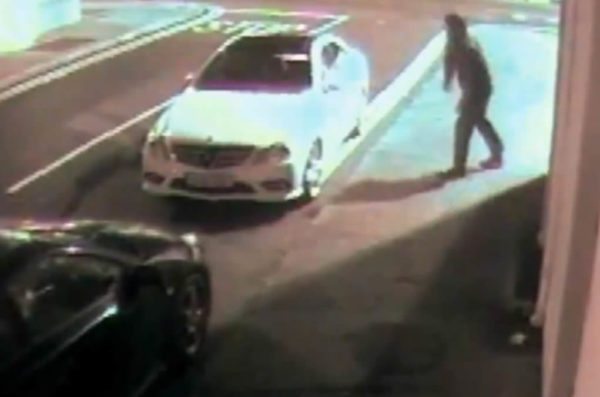 You do not mess with ze Germans, mate.

According to the owner of this Merc (who also owns the pub), he witnessed his spanking new car with several minor nicks in the paintwork. When he reviewed the footage from the pub’s CCTV, he realised that his car was being hassled for a good 30 minutes. The vandal first tried using smaller stones to smash the passenger-side window. But that didn’t work out and he failed miserably. After several unsuccessful attempts, he got fed up and became increasingly desperate. Finally, he got hold of a brick and presumed that will do the trick for him. However, as you are about to witness, that went horribly and stupendously wrong for him. After throwing the brick at the driver-side window with all his might, he got knocked out when the brick simply ricocheted off the Merc’s glass and smacked him on the head. Not only did the thief fail and got injured, he also got arrested and went to jail. We think if the Mercedes could have talked, it would have simply said, “Right back at you, sucker!” Enjoy the video and let us know how much you laughed.