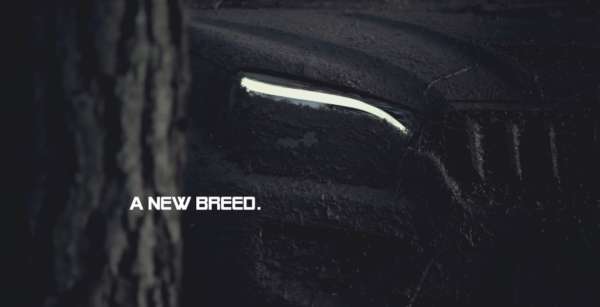 Mahindra has released a promotional video of its upcoming SUV, the Scorpio, on YouTube. The video showcases the right side of the car, completely covered in dirt, appearing from behind a tree when a caption appears “Not Just a Car. A New Breed.” When you click on the video, you are redirected to e-commerce website snapdeal.com where you can pre-book a Scorpio for Rs 20,000.

Customers, post booking the SUV on Snapdeal, can walk into a dealership and make the full payment and take the delivery. This is for the first time in India that a car maker has opened bookings for its product on an e-commerce website. The SUV is scheduled for an official unveil on September 25. The new Scorpio is expected to be priced higher than the current generation Scorpio by about Rs 30,000.

The new Scorpio will be powered by the same 2.2-litre mHawk turbo-diesel that is found on the current generation Scorpio. So the new Scorpio produces 120bhp of power and 290Nm of torque. But the gearbox is an all-new unit. The upcoming Scorpio will receive Mahindra’s newly developed 320MT five-speed transmission which, the company claims, is a much better shifting unit than before.

On the outside, the new Mahindra Scorpio gets a new ‘headlights and LED tail-lights. It also receives refreshed bumpers. Inside, the new Scorpio receives a refreshed dashboard. The dashborad now receives chrome-lined air-con vents and buttons for new automatic climate control. The central console receives touchscreen similar to the one found on the XUV500 for all the infotainment functions which also features navigation system and display for the rear-view camera.

What do you think of the new Scorpio? Share your thoughts and opinions through comments below. Stay tuned to Motoroids for more updates from motoring industry.