Back in the month of February this year, KTM launched the 2017 Duke range that included the new 390 Duke , new  200 Duke and the all new 250 Duke. The flagship of the KTM range in India, the  2017 390 Duke was launched with orange being the only paintjob on offer. 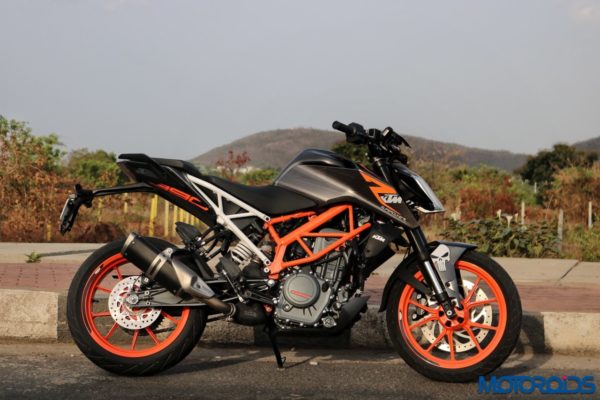 Save for a few lucky owners who got their 2017 390 Duke painted in white, chances are that you wouldn’t be seeing a 207 390 Duke in any other shade. But for a select few who want to get their models customized, the options are many. Take for example, this matte black 2017 390 Duke owned by Motoroids fan Sathish.

Sathish’s KTM 390 Duke has been wrapped in a shade of matte black, accompanied by a set of SuperDuke R decals seen on the tank extensions and the front mud-guard. Save for the vinyl wrap, the motorcycle retains its original design and orange colour scheme that is seen on the Trellis frame and the alloy wheels. The custom wrap was done by Sathish’s friend and ‘A Wraps’ owner Allan Pradheep. 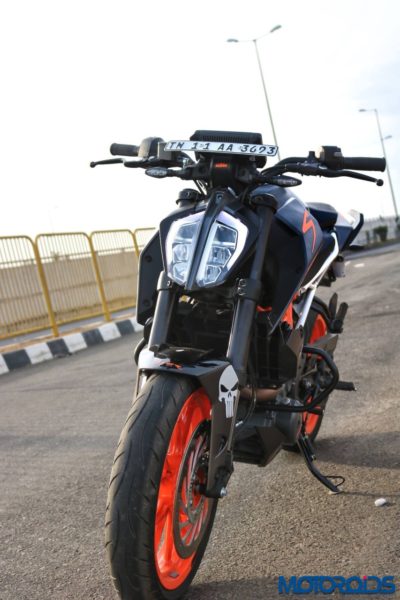 There have been no changes to the engine and hence this modified 2017 KTM 390 Duke continues to source power from a 373cc single cylinder liquid cooled engine that produces a power output of 43.5 PS and a peak torque of 37 Nm. This engine comes paired to a six speed transmission, sending power to the rear wheel.