Headlining the all-new Duke range in India is the 390 Duke. The 390 Duke gets even more potent for 2017. Its new design is underlined by split LED headlamps, a larger steel fuel tank and a dual-color split frame. 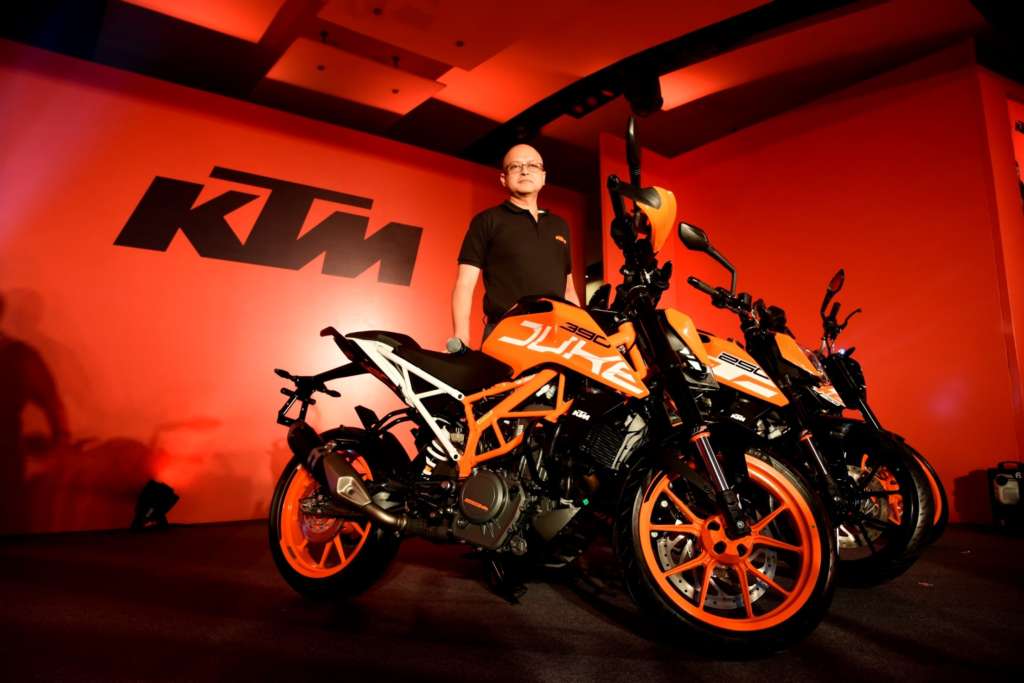 The aggressive design is complemented by a host of new features like ride-by-wire, and a first-in-class multi-color TFT display console that is also enabled to pair with a smartphone and controllable from the handlebar. A larger 320 mm rotor for the front disc brake, ABS by BOSCH, upgraded suspension, a new frame and a slipper clutch round off the new equipment on the 390 Duke.

You can also watch our video on the KTM 390 Duke right here!

Here’s how things pan out: 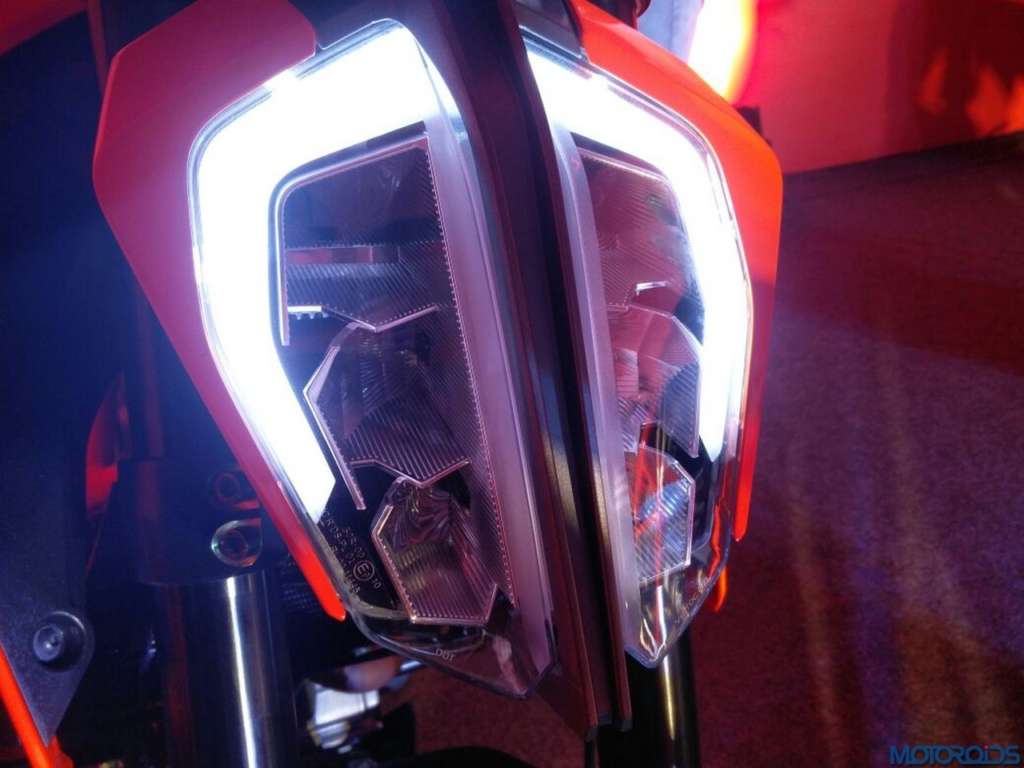 Up front, there’s a new split, full-LED headlight with LED daytime running lights that represents the face of the updated Duke family. 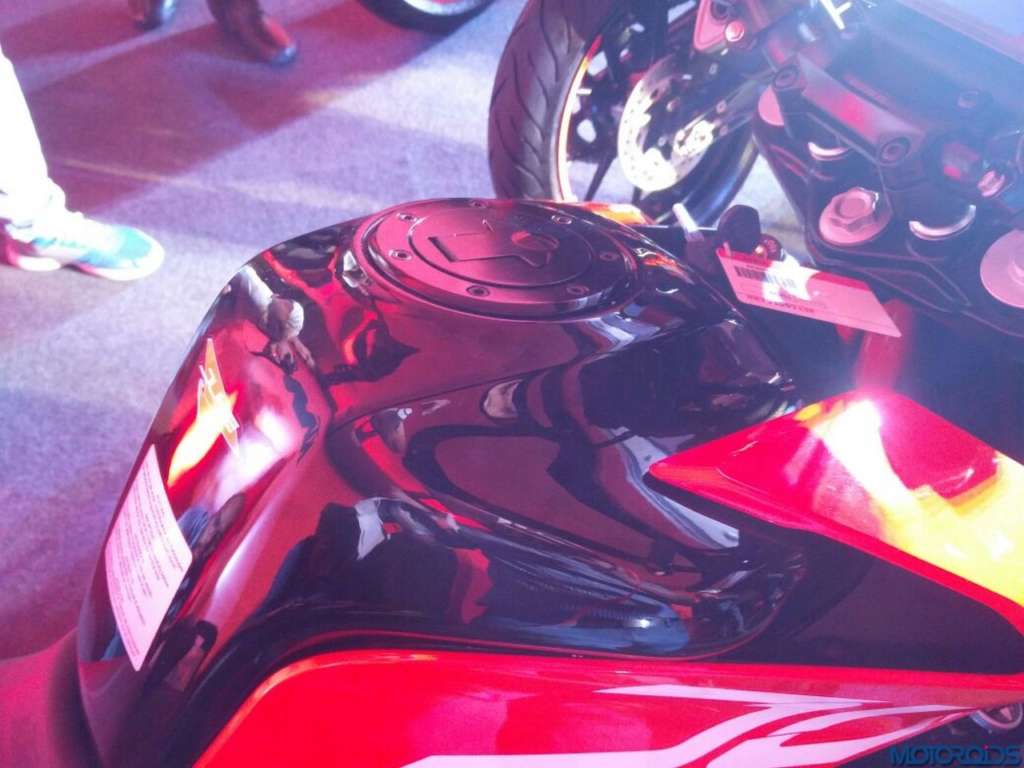 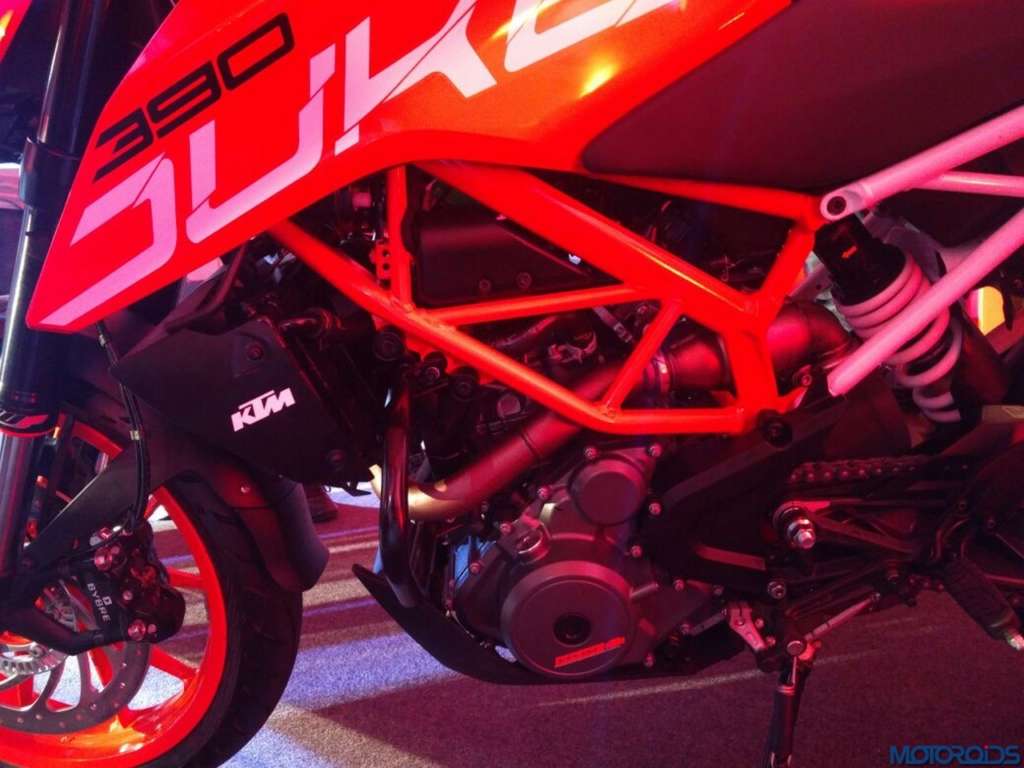 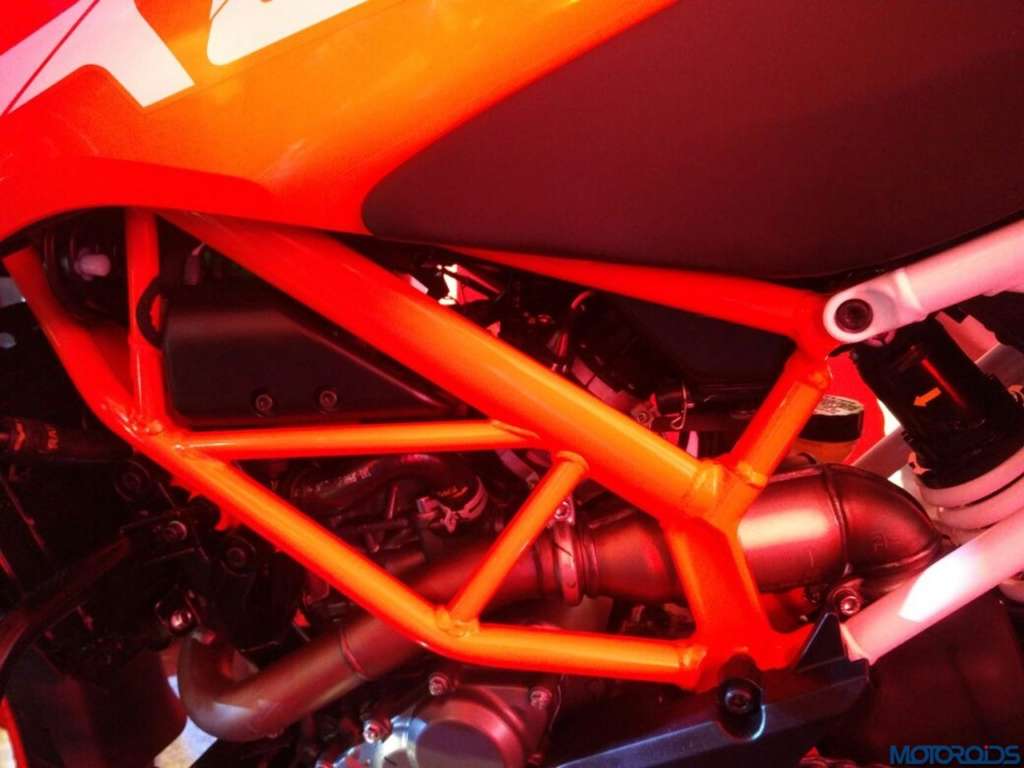 For 2017, the 390 Duke gets a new lightweight, steel trellis frame finished in orange.. 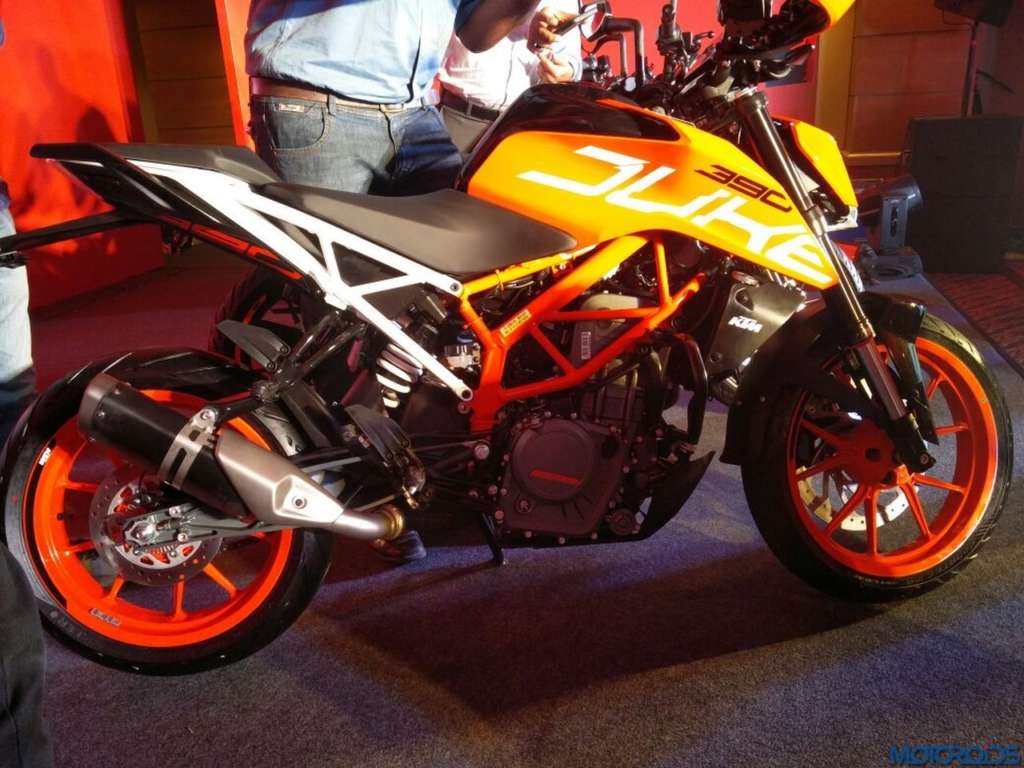 ..which culminates into an exposed bolt-on sub frame (finished in white) at the rear. 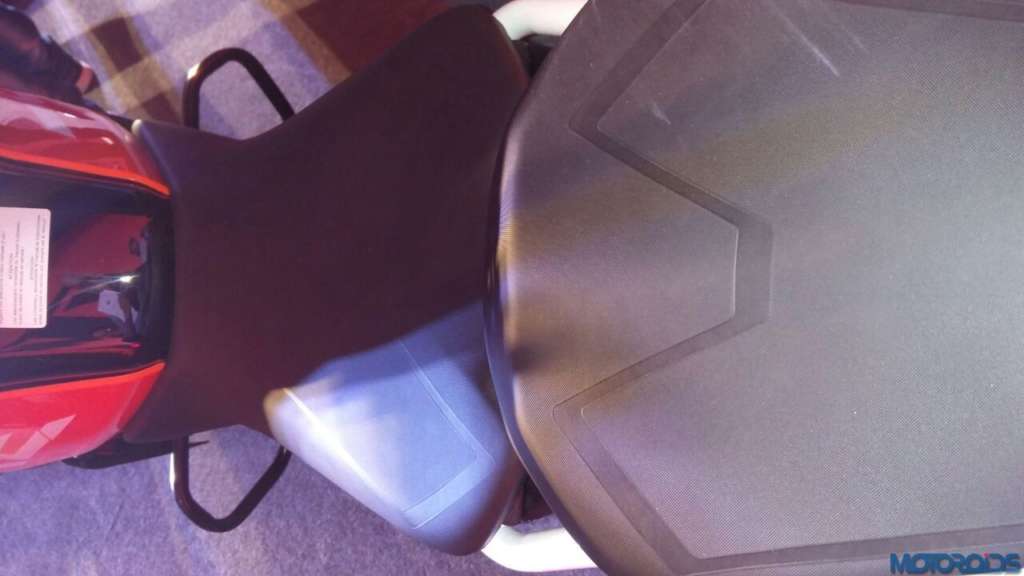 The new, split seat on the 390 Duke claims to be more comfortable than the outgoing model’s saddle, with better contouring and cushioning. 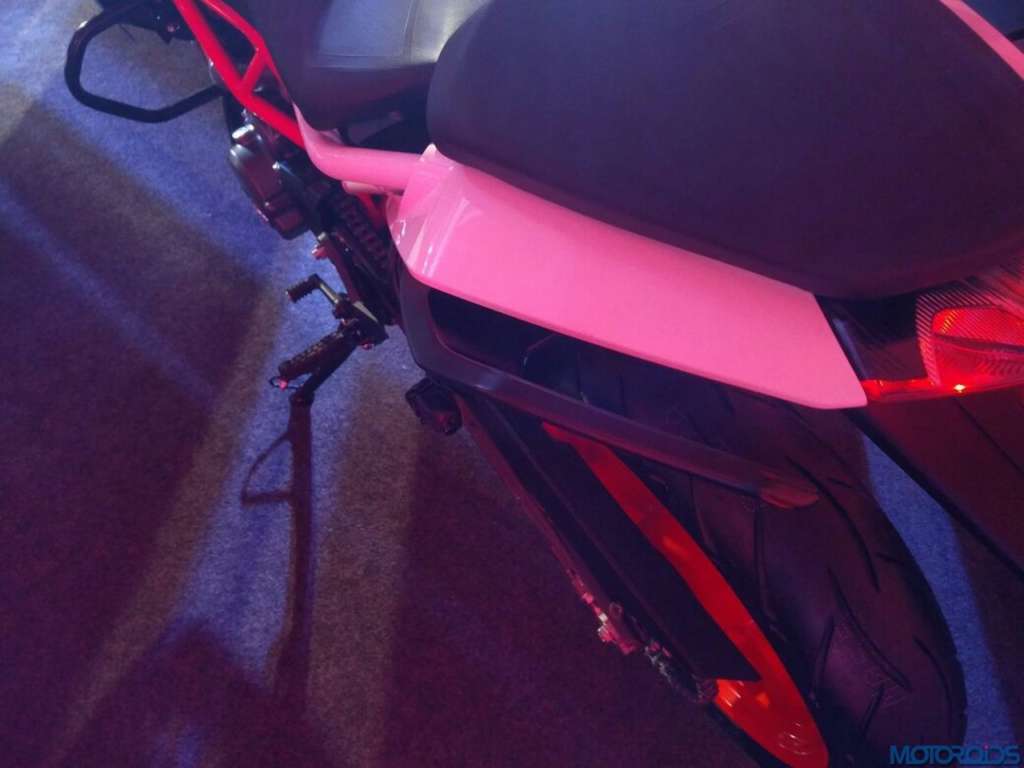 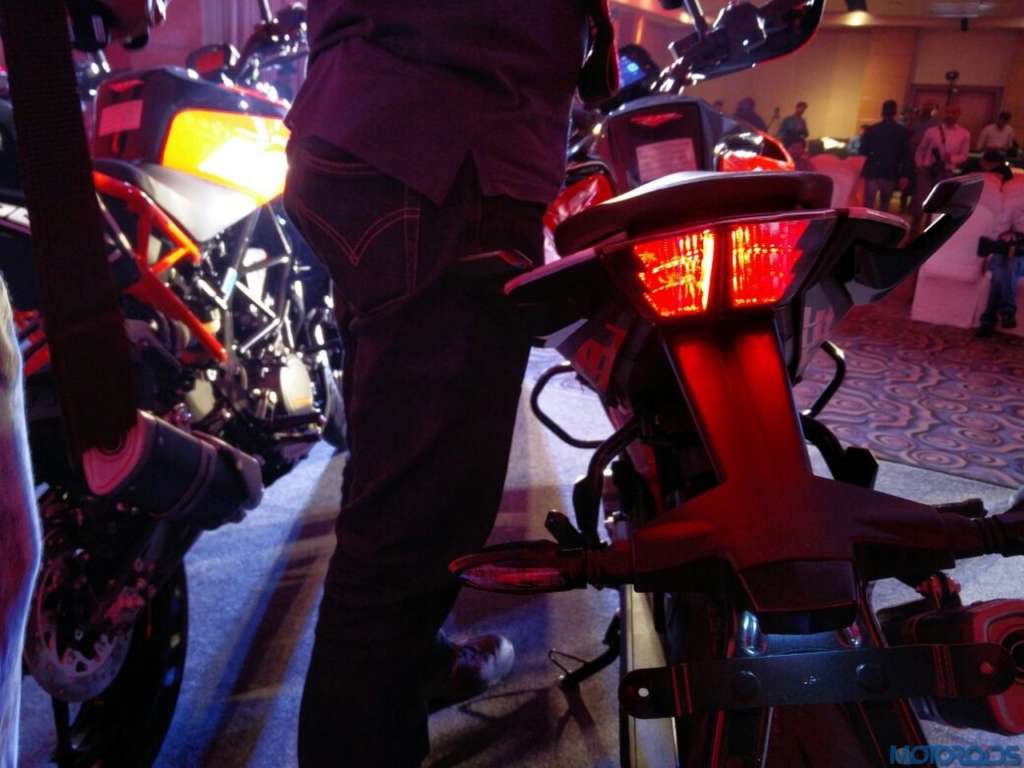 The tail section has been completely overhauled as well, and now comes with a new, split LED tail lamp. 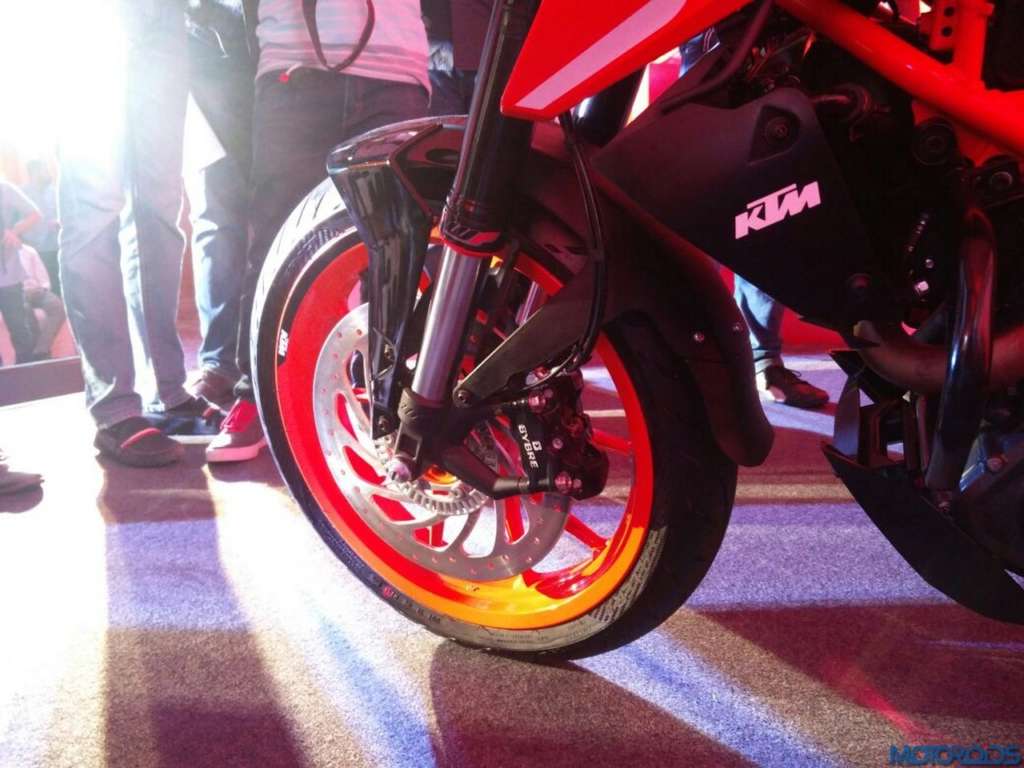 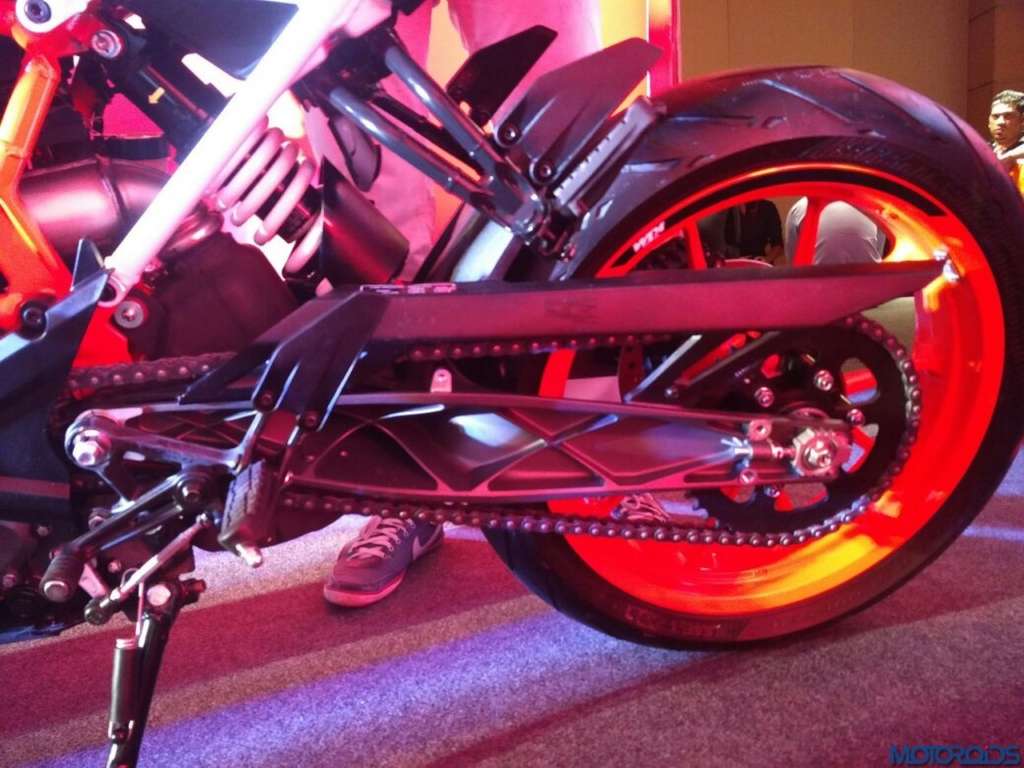 While at the rear, there’s a new, lightweight die-cast aluminium swing-arm working in conjunction with a new WP mono-shock. 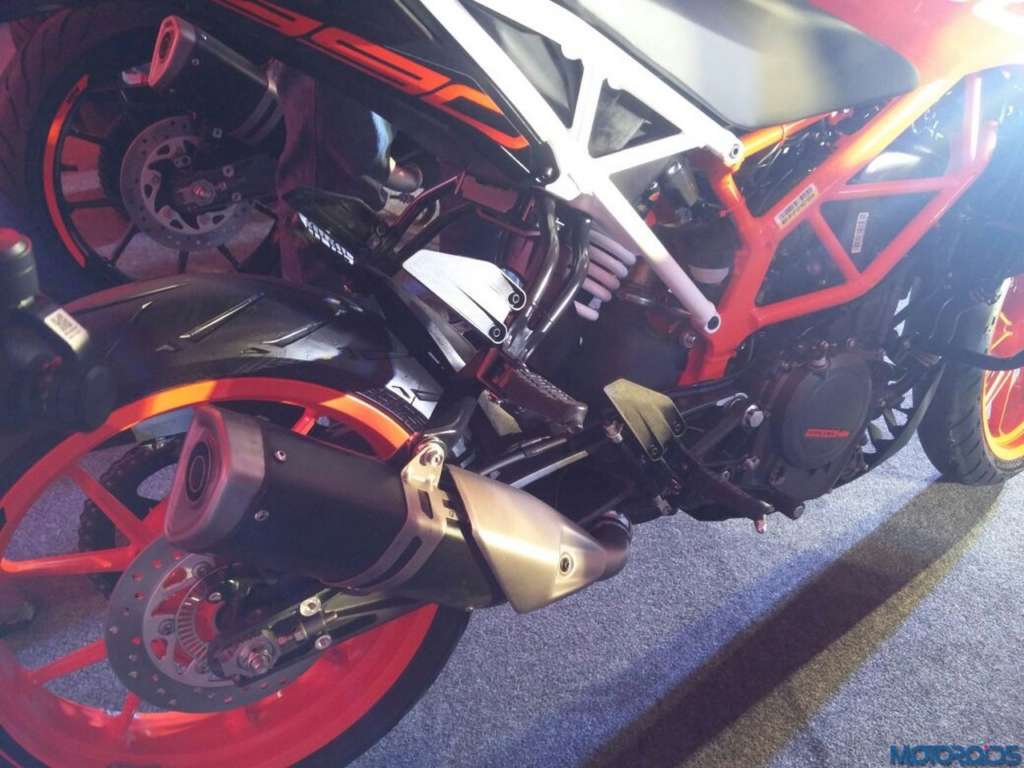 The updated front brake (rear retains the 230 mm disc) is backed by standard Bosch 9MB two-channel ABS, while the underbelly exhaust has been replaced by a conventional side-mounted one. 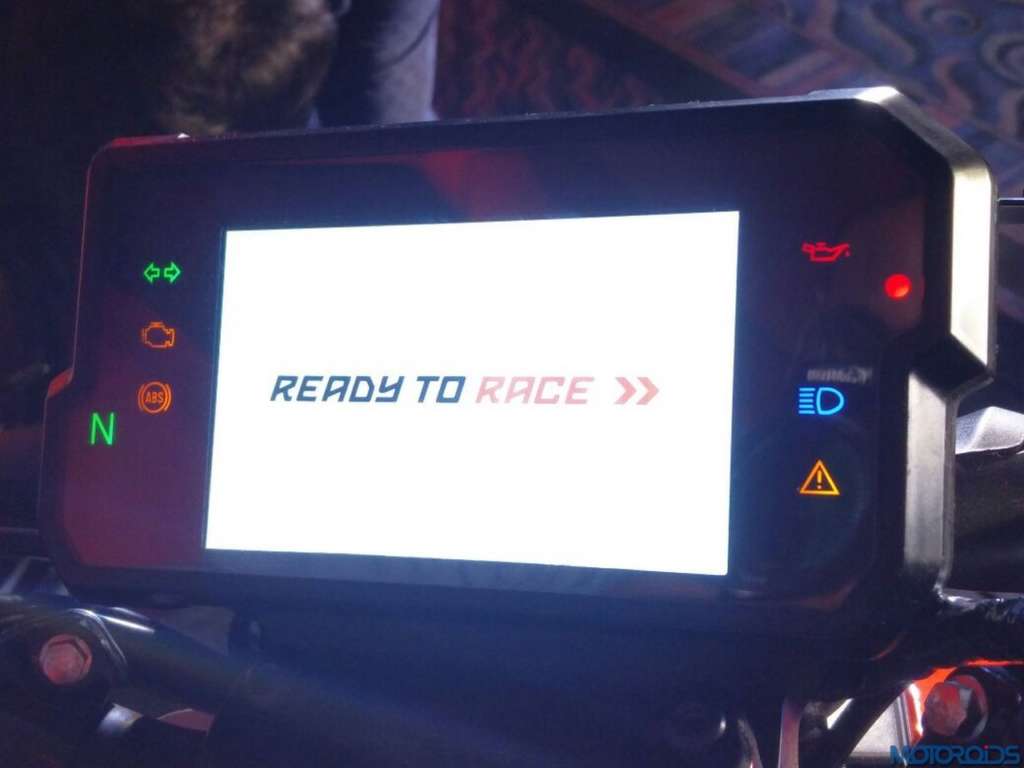 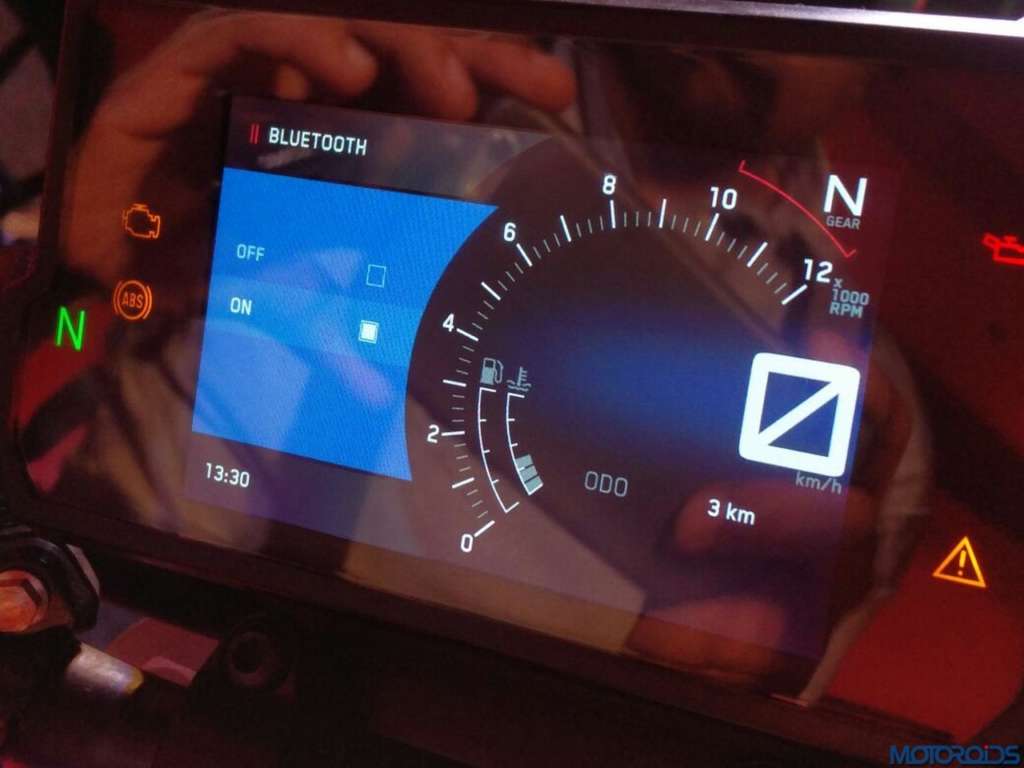 It even features Bluetooth tethering for your smartphone.. 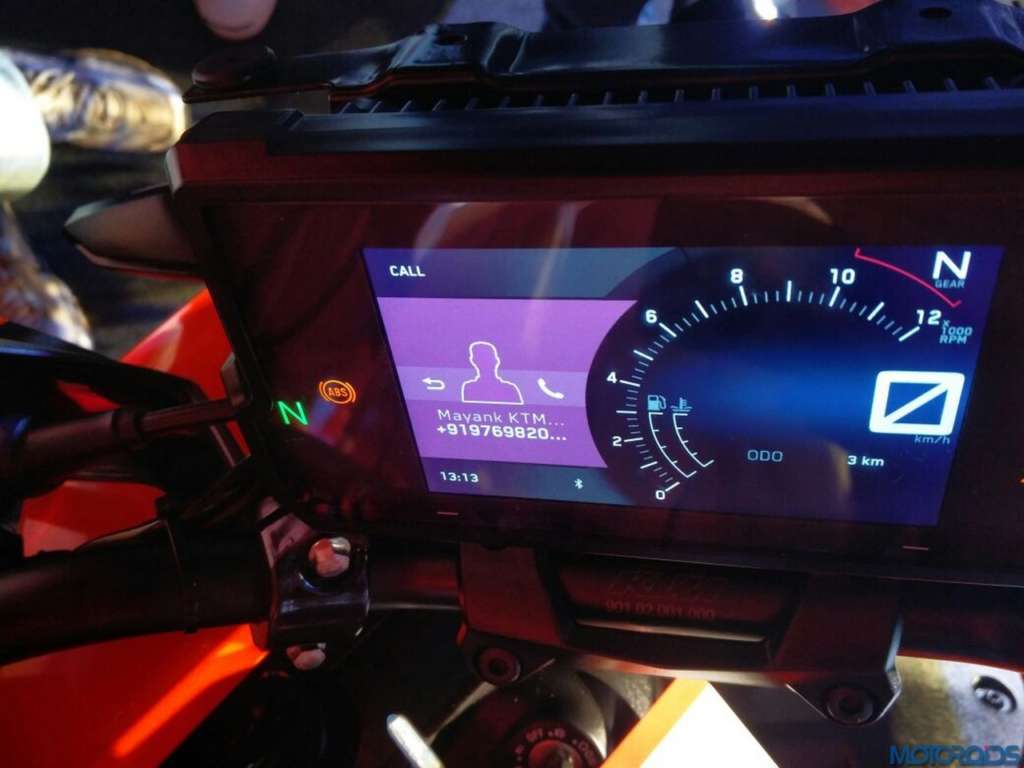 ..that turns your KTM into a giant phone.. 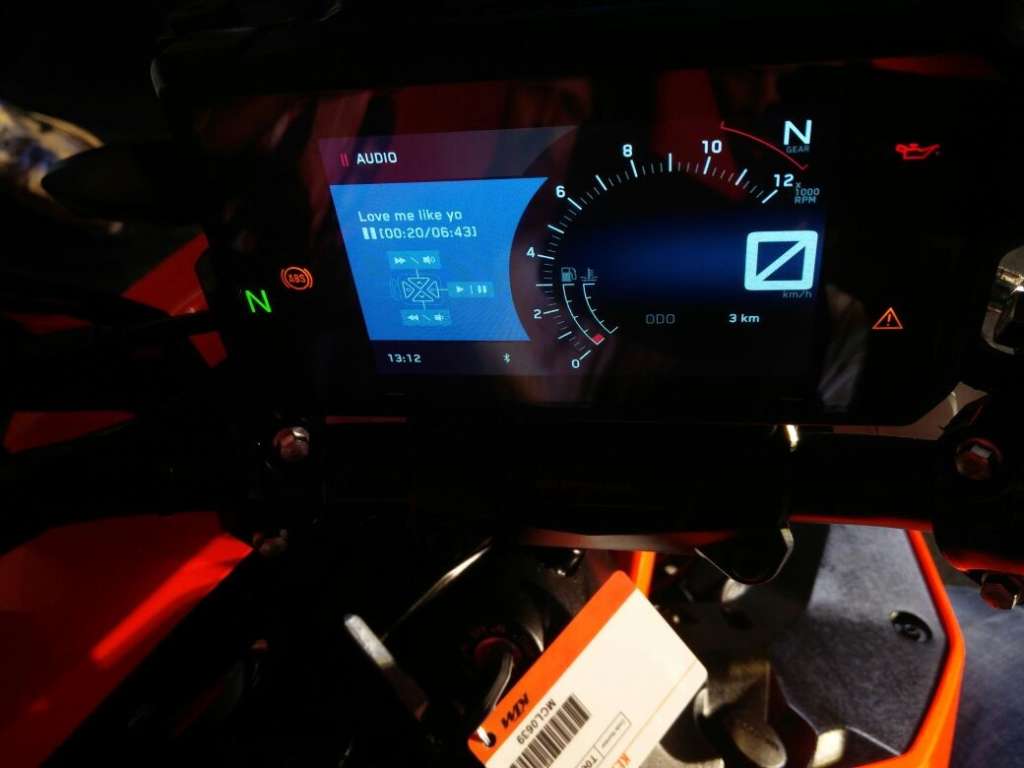 ..or even a giant music player. This MY RIDE multimedia interface gives you full control (hands-free) over incoming calls and your phone’s audio player. 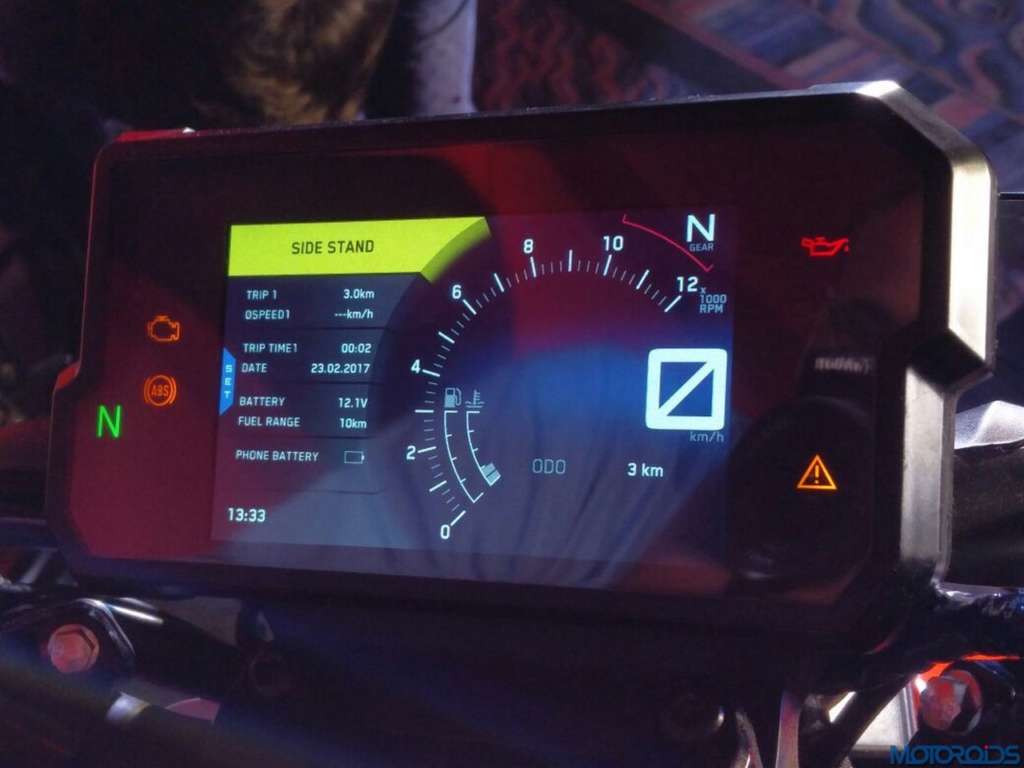 The system is pretty comprehensive when it comes to information, while featuring intuitive menus and sub-menus as well. 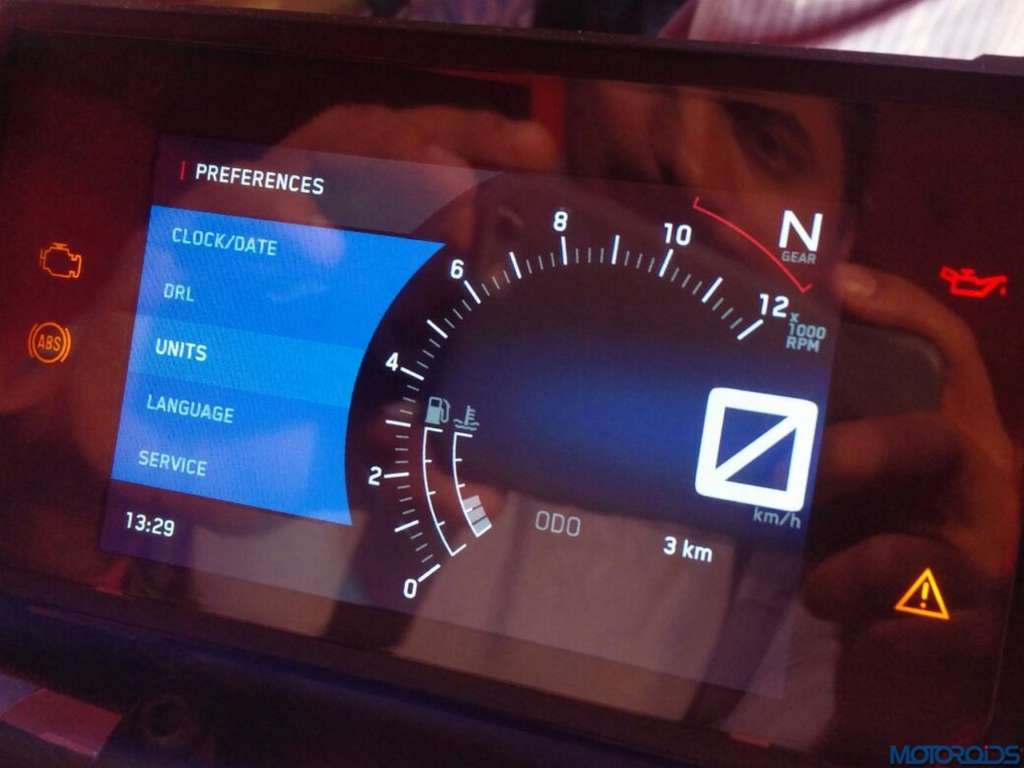 For example, you can also select the units you prefer (Kilometers or Miles; Celcius or Farheniet; Km/l or l/100 km ), set the DRL to ‘on’ or ‘off’, change the language.. 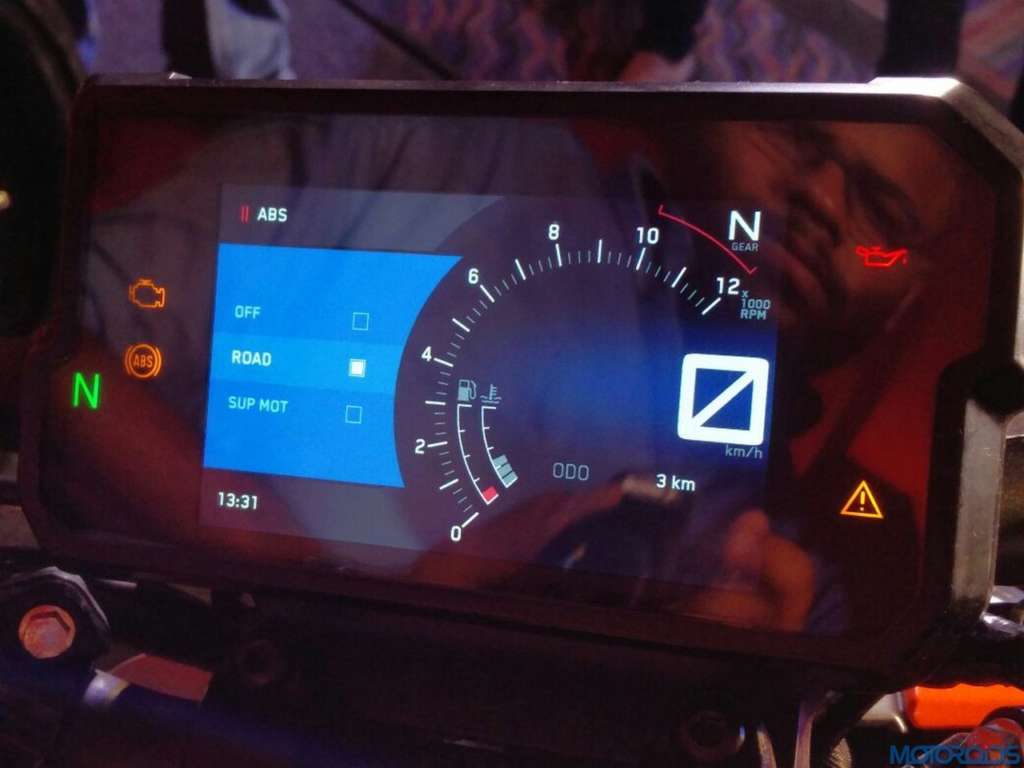 ..and set your ABS mode (Road or Super Moto) as well. 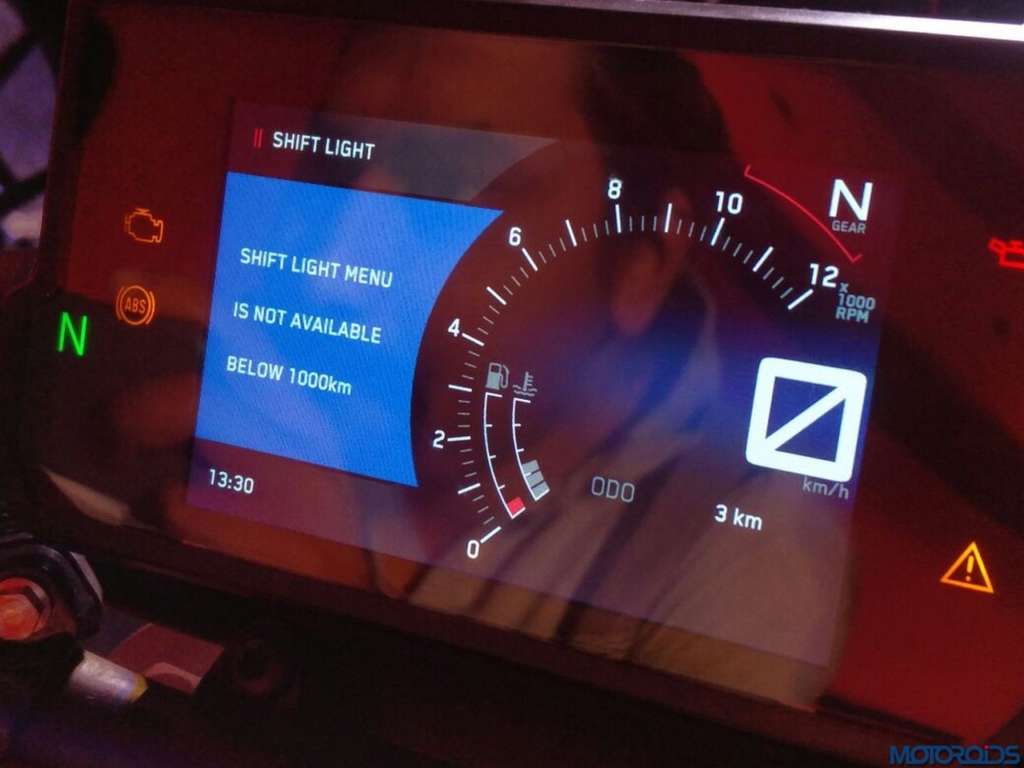 The display will also remind you how important running-in your new KTM is. You can check more of the TFT display in our gallery below. 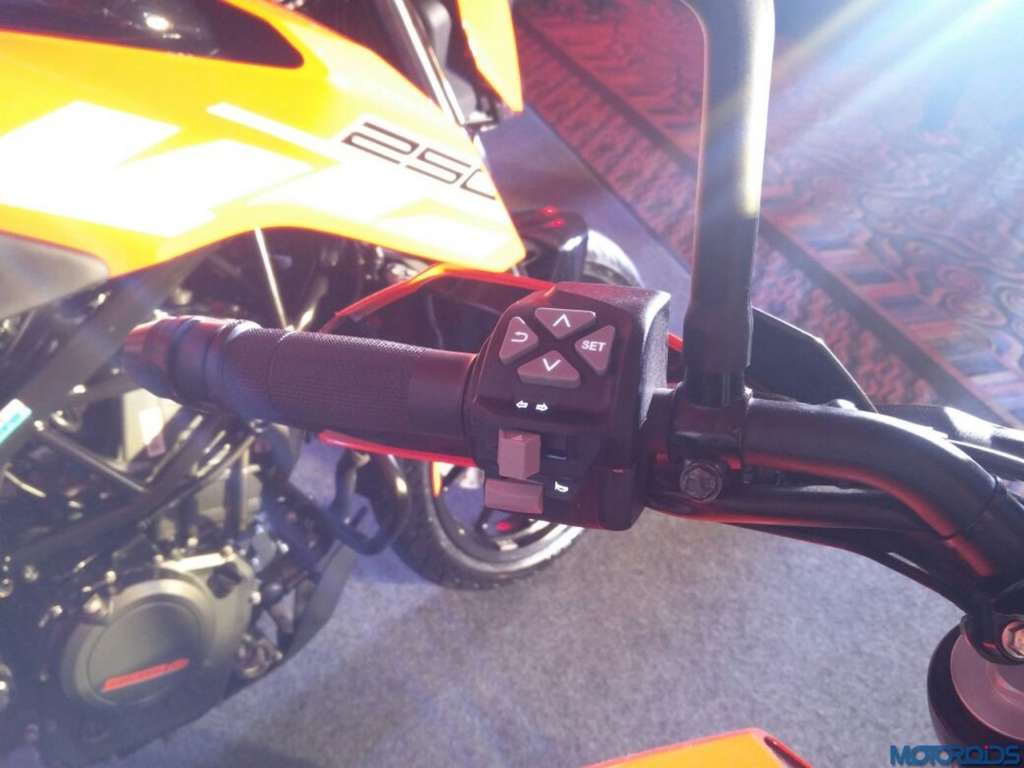 You go about exploring the various menus and sub-menus of this sci-fi display using these handlebar mounted controls. 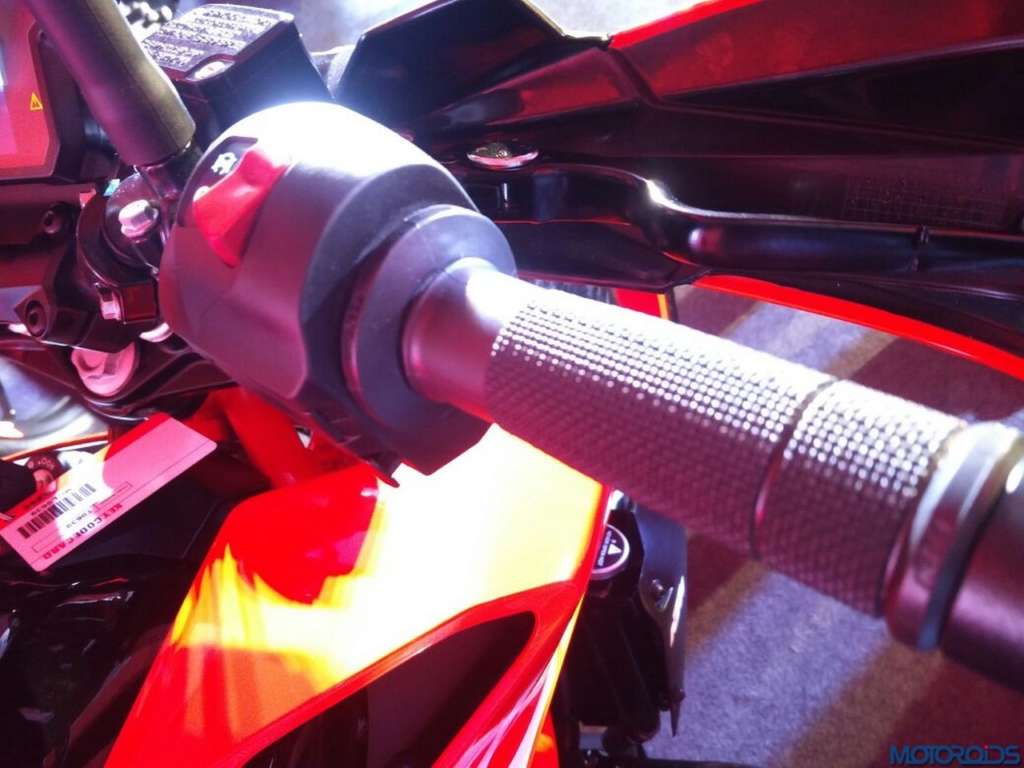 The 2017 KTM 390 Duke features ride-by-wire throttle that guarantees a smoother throttle response by eliminating the throttle cable and the use of sensors instead. 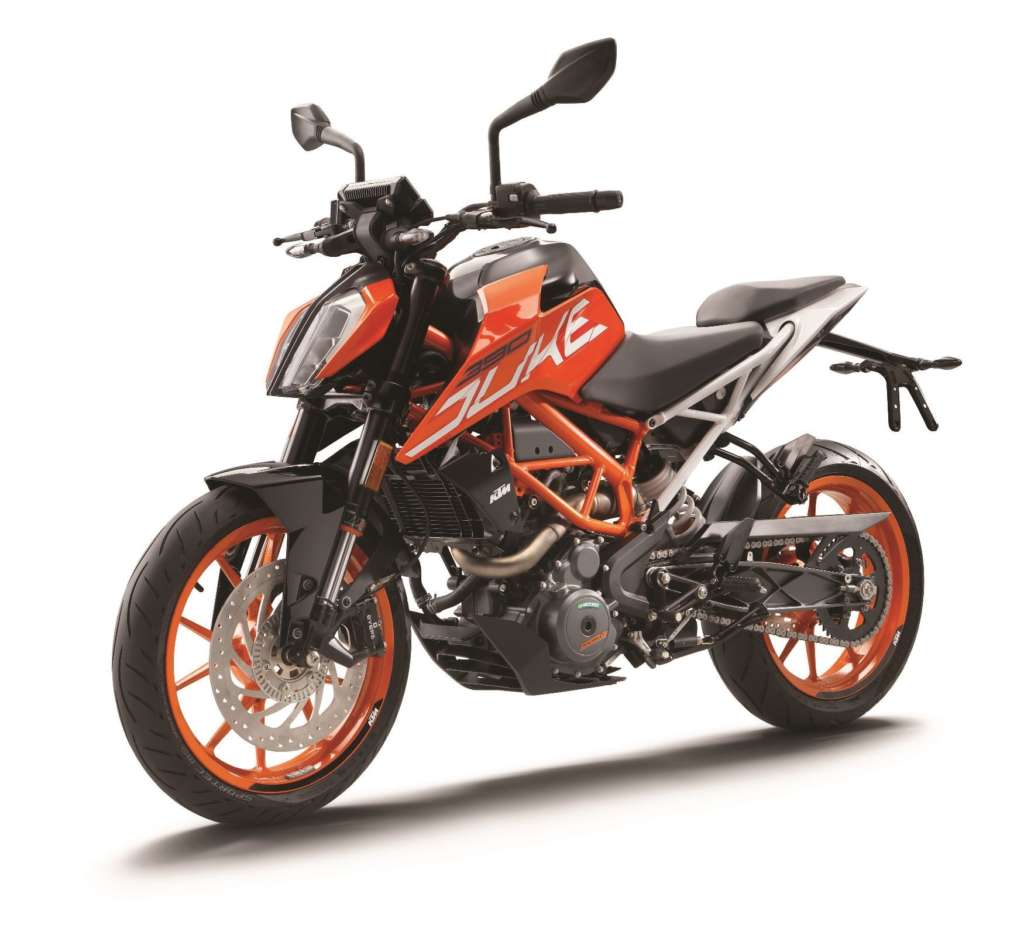 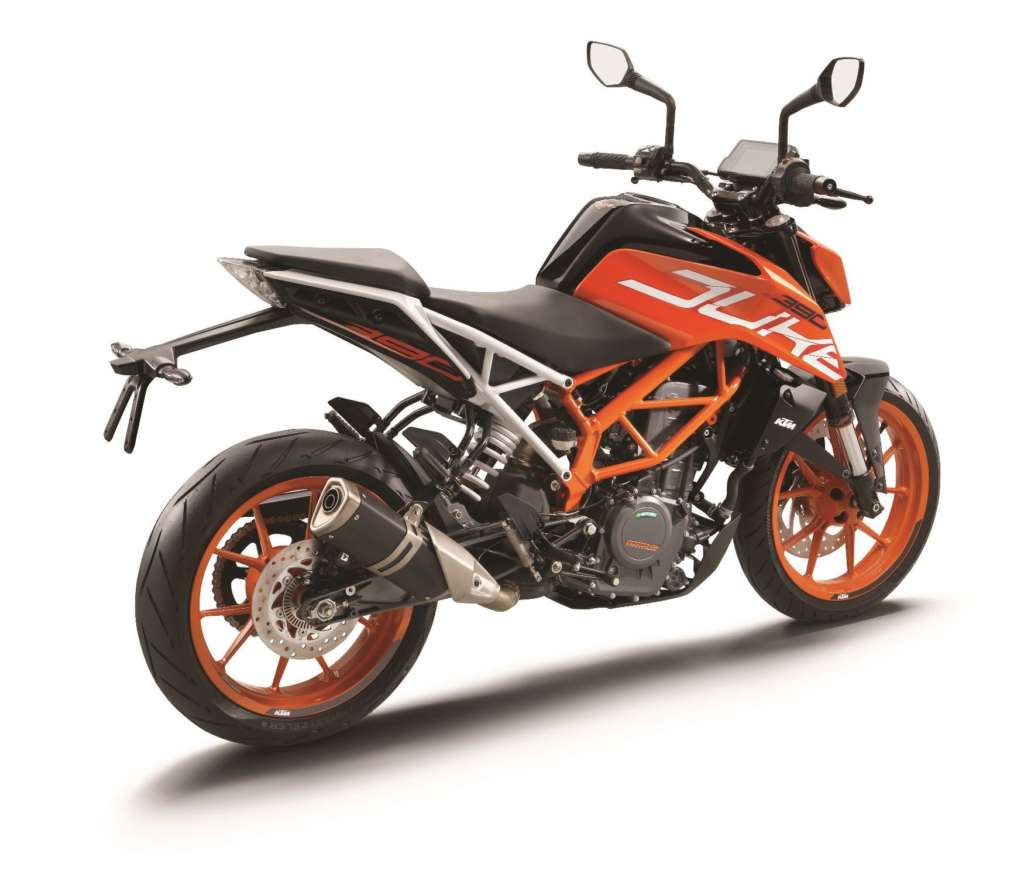 The engine is paired to the close-ratio, 6-speed transmission that channels power via a slipper clutch. The 2017 KTM 390 Duke comes in only one colour – orange – and retails for INR 2,25,730 (ex-showroom).