KTM India has not only launched the all new 2017 390 Duke and the 250 Duke but also rolled out the new 200 Duke for the Indian market. While a recent sighting of the 2017 KTM 250 Duke made us believe that the bike maker will eject the 200 Duke from the Indian market but it seems they had a different plan altogether. Following the unveil of the new generation of Dukes at EICMA motorcycle show in Milan, the enthusiasm towards these orange packet rockets shot up through the roof. After receiving a few (very little) updates that were mostly reserved for the visual front, this latest iteration is a close-to-complete overhaul.

You can also watch our video on the KTM 200 Duke! 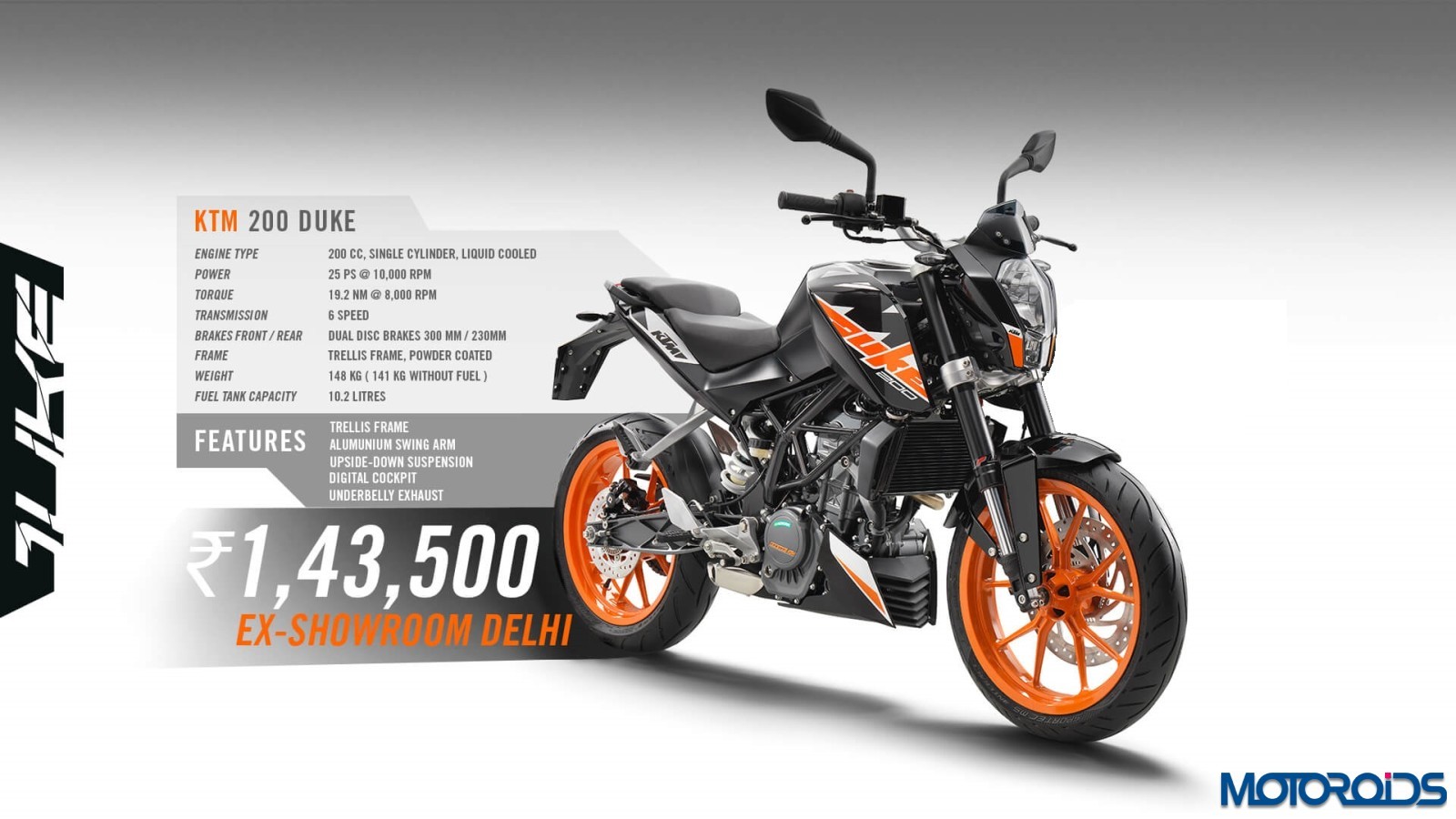 Price and availability: 2017 KTM 200 Duke – INR 1,43,500 ((Ex-Showroom, Delhi). The bookings have already commenced and the bike has already been shipped to dealerships.

Well, the just launched KTM 200 Duke ain’t that lucky! While the 390 and the 250 received a new design and bodywork inspired by the SuperDuke, the luckless 200 has been given none. It does have a logical reason to it. In order to keep the prices in reach of the customers, the new design language has been skipped for the youngest of the clan. A visual upgrade would have added more numbers to the price tag. So yet again, to make the whole deal new, KTM has offered new graphics, and also the 200 Duke will be available with Orange colour rims. The paint job options will include – New Electronic Orange, White, and Black. 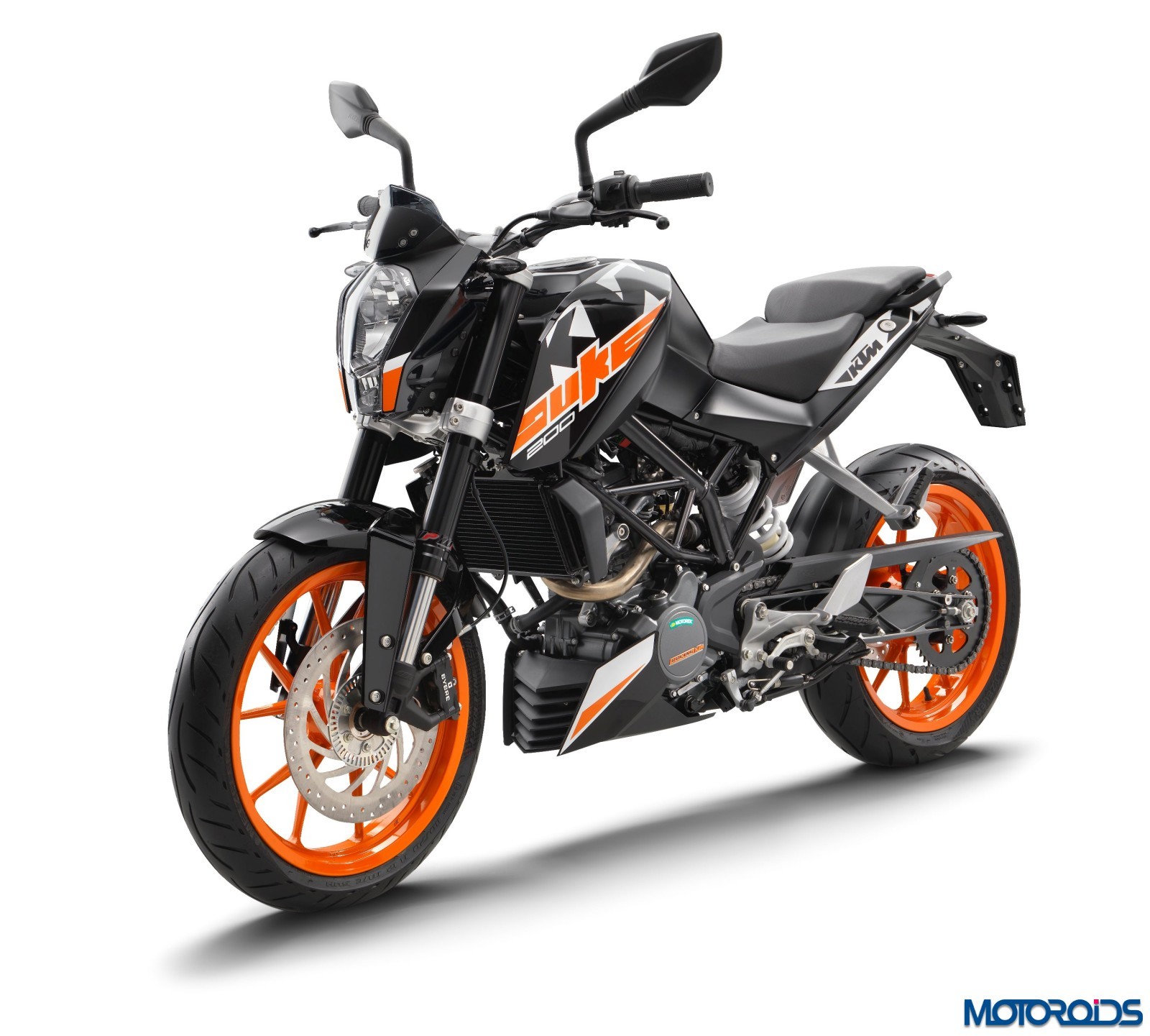 KTM has also managed to keep the price of the 200 Duke unchanged even after fitting it with a BS-IV compliant engine. The streetfighter is powered by a 200cc single cylinder engine mated to a 6-speed transmission. This liquid cooled motor is capable of producing 24.6 Bhp at 10,000 rpm and 19.2 Nm of torque at 8,000 rpm.

This engine is snuggled inside a lightweight Trellis frame that is claimed to have a rigid structure and enables better handling. The frame is powder coated in KTM Orange. The aluminium swingarm, rear mono shock by WP, and the underbelly exhaust system contribute towards the handling as well.  Alike the other bits, the same multi-functional cockpit has been carried forward. 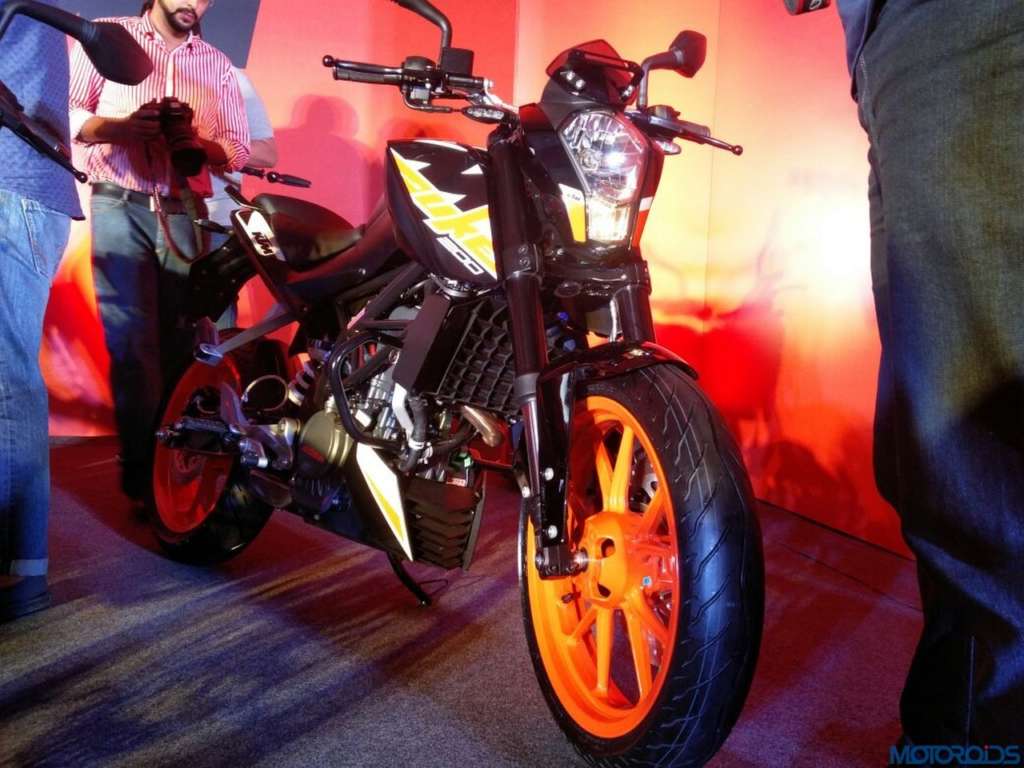 For braking duties, the 200 Duke is equipped with a dual disc brake setup consisting of a 300mm disc at the front and 230mm disc at the rear. The suspension on the front is an Upside-Down setup while at the rear, as mentioned, is a mono shock developed by WP. The fuel tank on this streetfighter can hold up to 10.2 litres of fuel. With all of this aforementioned hardware on it, the 2017 KTM 200 Duke tips the weighing scale at 148kg (141kg without fuel).

That’s all the stuff it gets, now let’s see what all the 2017 KTM 200 Duke misses out on. The youngest of the clan does not get the following: