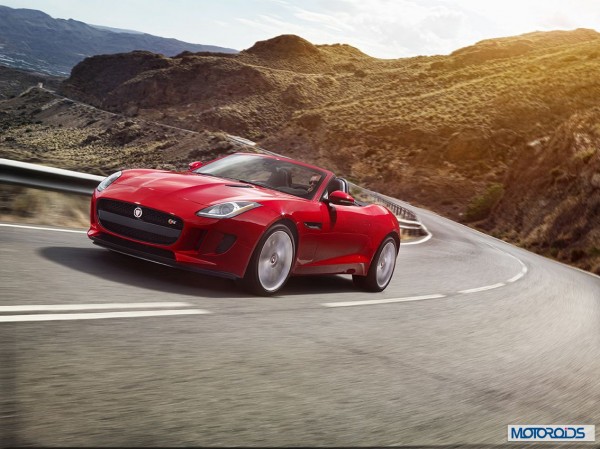 We recently reviewed and came back enamoured with the Jaguar F-Type. The car has won critical acclaim for its design, engine, and authentic character worldwide. Jaguar, however are making constant additions to the car to ensure that its appeal doesn’t fade one bit in the minds of the enthusiasts. Small changes and new options are being offered with the 2016 F-Type, currently being showcased at the 2014 Los Angeles Auto Show. 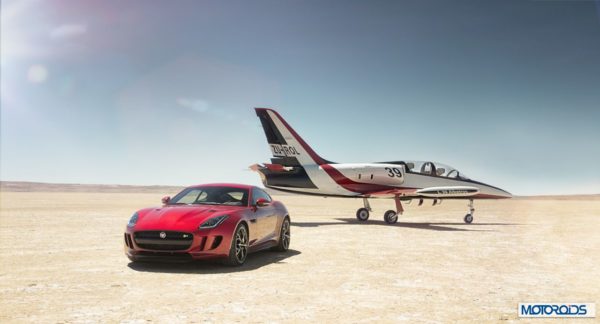 For the 2016 model year, the F-Type gets an all wheel drive system for enhanced grip and control. The system will come standard with the 550 bhp F-Type R versions, both coupe and convertible. Even the S variant line, including the V6 will get the AWD system as an option.  The new AWD system sends power and torque to the rear wheels in default mode, though up to 50 percent of the drive can be transferred to the front wheels if need be. Transmitting the V8’s 690Nm of torque to the road though all wheels helps the R models to accelerate from zero to 60mph in just 3.9 seconds on the way to a maximum track speed of 186 mph.

Visual differentiators come in the form of body-colored sills and a new hood design along with AWD badging. On the hood are new vents: positioned further apart and further forward than those of rear-wheel drive F-TYPE models.

The new 2016 car also gets an Electric Powered Assisted Steering (EPAS) for better efficiency. We would rather have a purely hydraulic unit, though. The F-Type has become the first Jaguar sports car to features an EPAS.

In addition the new, MY 2016 F-Type also gets a 6 speed manual transmission much to the purists’ delight, while also shaving off about 10 kg from the car as compared to the automatic. This option will be available only on the V6 variants though. 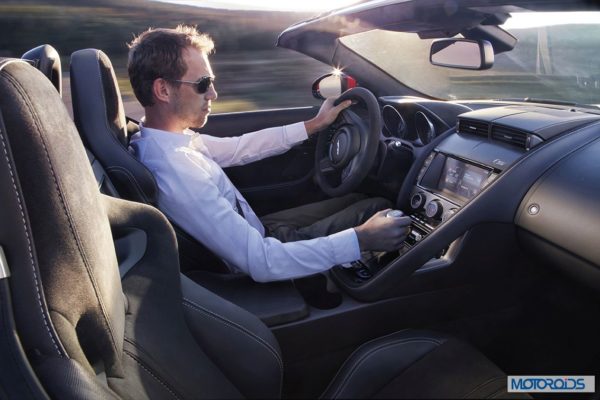 The new, MY 2016 F-Type goes on sale by April 2015. Prices and more details will be announced once the car is officially launched.