Home Interesting / Off-beat The Jeep Wrangler based G. Patton Tomahawk 6×6 is what nightmares are made of 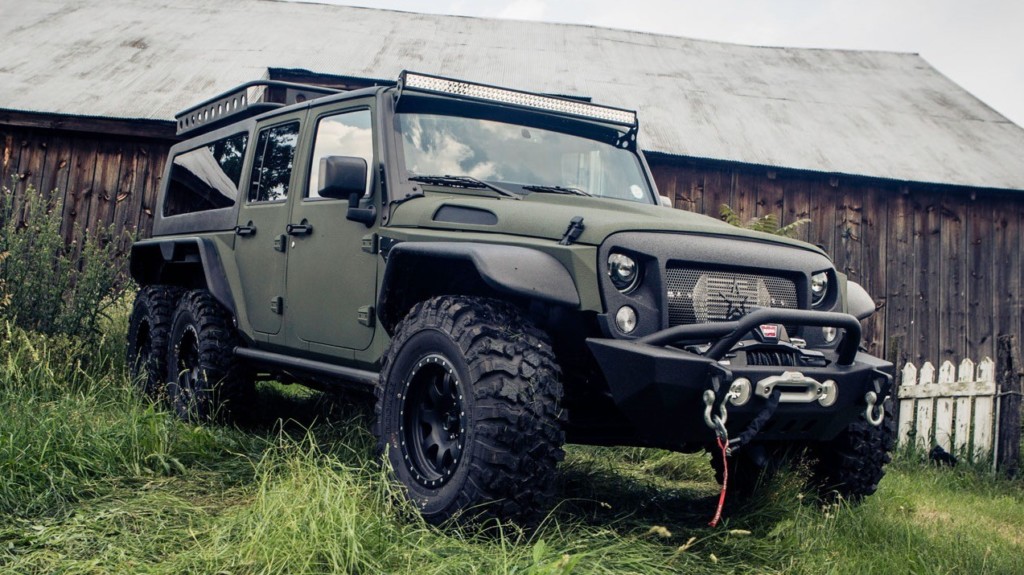 This is the G. Patton Tomahawk, and it looks like a Jeep Wrangler subjected to repeated jabs of testosterone injections.  So much so, its grew an extra pair of wheels, while its skin became as hard as rock. Of course, there should be no questions asked regarding its inspiration, which is unequivocally the monstrous Mercedes-AMG G 63 6×6. 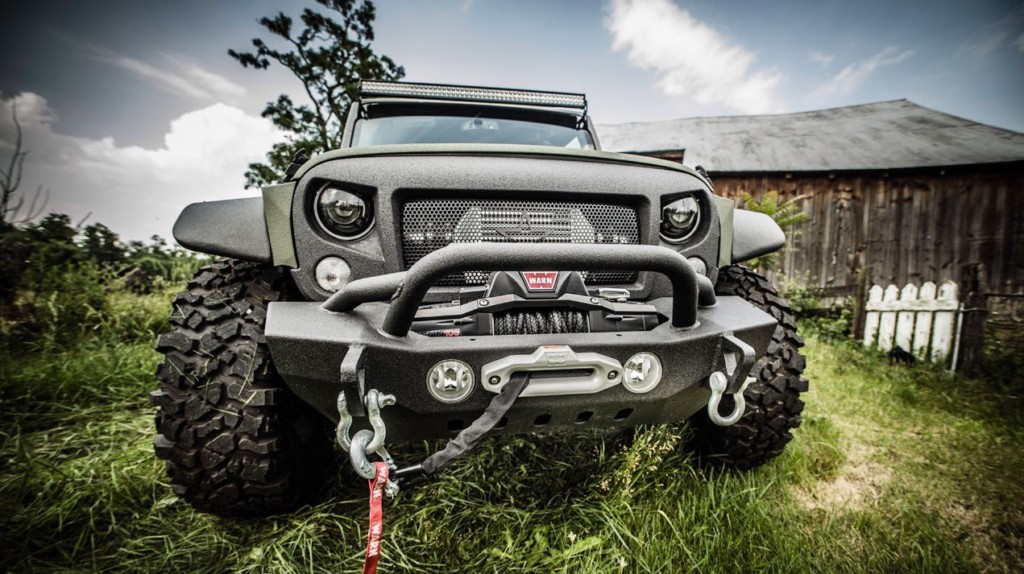 G. Patton, based out of China, have taken a standard Jeep Wrangler, which in itself ain’t no tame vehicle, and transformed it into this dark, six-wheeled leviathan that’ll probably take control of your dreams tonight, waking you up with a cold sweat. Its makers cut a Wrangler in half, got rid of the rear portion and replaced it with a pick-up bed. 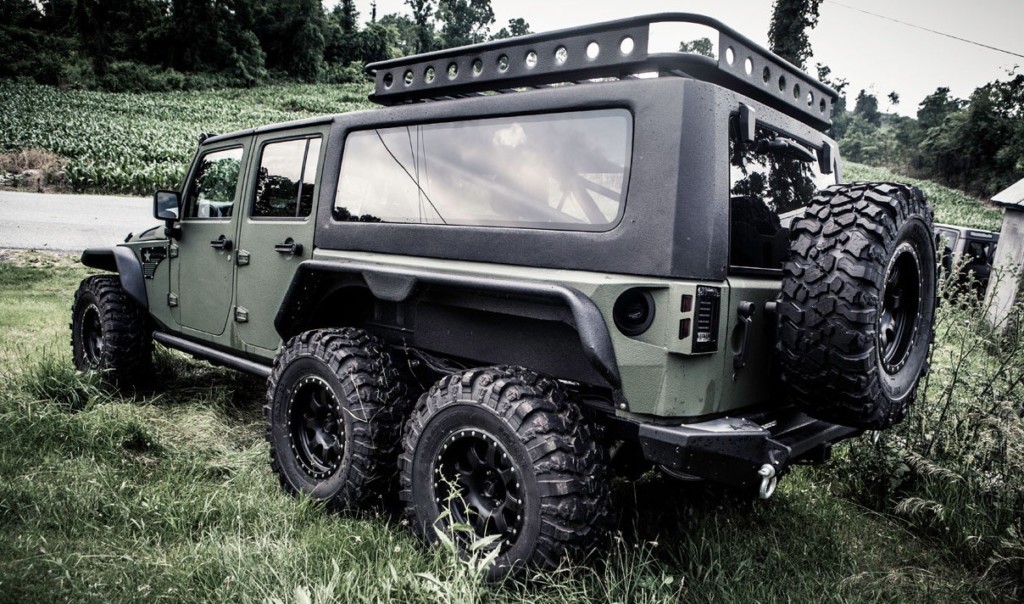 Then, they added an extra axle, six humongous, 35-inch Mickey Thompson tires wrapped around 17-inch wheels,  and an elongated hard top. The Jeep’s front fascia was redesigned into something more sinister, while the usual off-road embellishments, like a roof mounted LED bar light, a luggage rack, bull bars and a winch went on. Finally, thick coats of textured paint; military green contrasted with black, and aptly called the ‘Black Armour’, were applied. 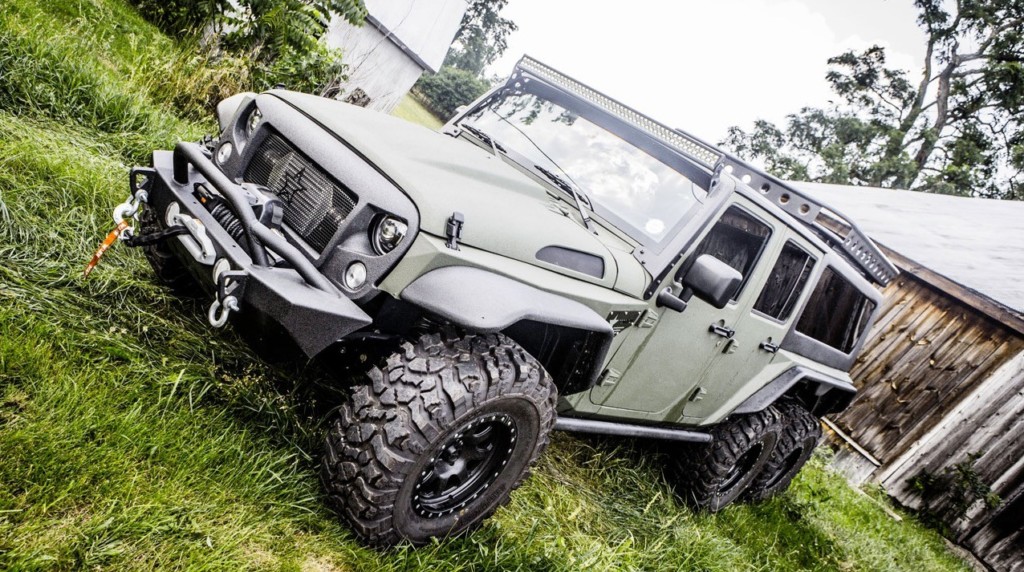 Due to the added weight, the Wrangler’s standard 5-cylinder diesel engine was rendered inappropriate, and thus went in a  Jeep sourced, 3.6-liter Pentastar V6 engine, that too boosted with a supercharger. However, the output of the engine is unknown, but we reckon it’ll be enough to give the six wheeled Tomahawk the grunt it requires.