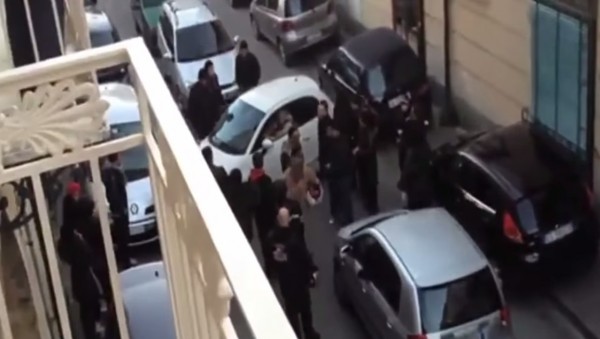 This is exactly what happens when you don’t know how to drive. You’ll find a thousand guys boasting about the top speeds they have attained in their fancy cars on arrow straight freeways. Show them a tight parking spot, though, and they wouldn’t know which way to turn the steering wheel. Knowing how to manoeuvre the car in a tight space, especially in reverse gear is what defines a good everyday driver, and that’s exactly what the man in the Fiat 500 here is NOT.

The dude doesn’t have any clue about how big (or small) his car is, and to top that, he thinks what he is doing in entirely right. Seldom do you witness people honking in Europe, but here, in this video, you’ll see that even these guys have their boundaries of patience.

What makes this video special is the chain of events that ensue. After a pile-up of cars having created a funny enough scene, we witness a group of burly cruiser riders coming in, followed by a funeral procession led by a priest. It doesn’t get funnier than this unless it’s happening on the screen.

After moving his car fore and aft for about 5000 times, the ace Italian driver finally manages to turn the car around, and gets a loud applause for the feat.

It’s a funny video, though we can’t stop imagining how it could have been funnier. Imagine this is a part of a movie being directed by you. What elements would you have added to make it even more hilarious? Do share you thought with us via comments.