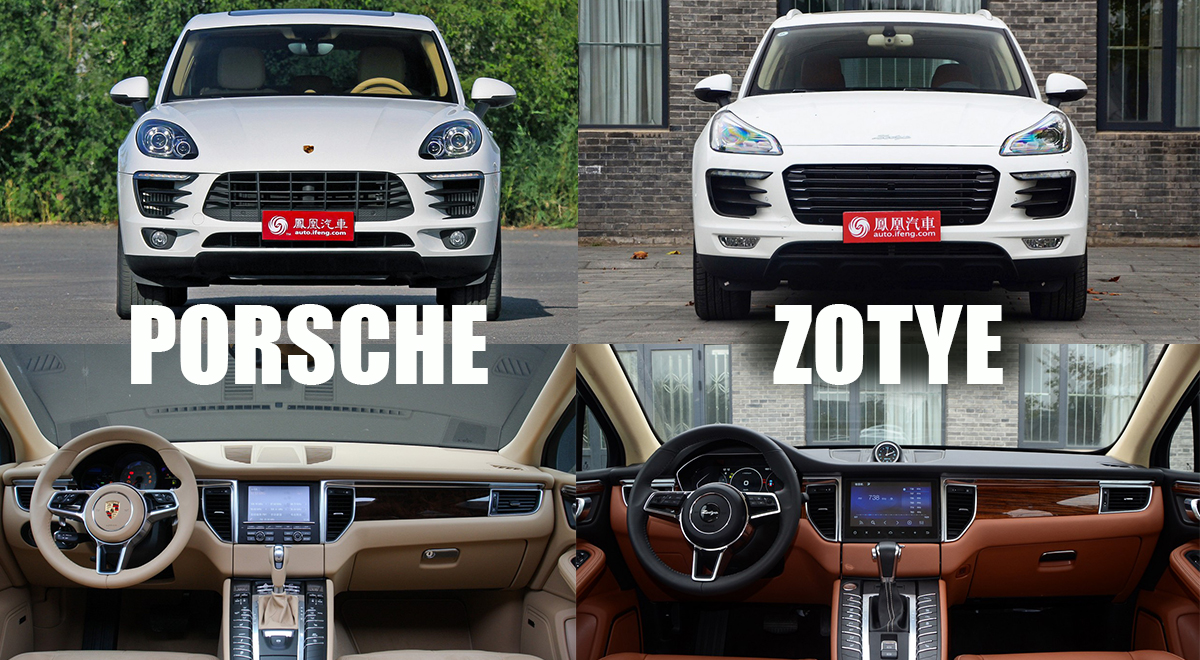 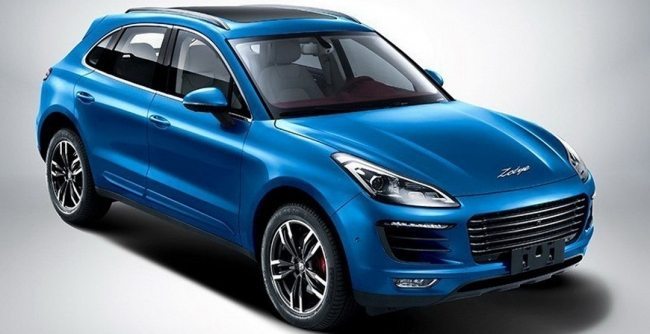 When Zotye revealed the SR9, even your grandma, who has as much idea about cars as you have about the Higgs Boson particle, would have pointed out its glaring similarities to the Porsche Macan. We don’t know if Porsche is readying a lawsuit or not, but we continue to be astonished by China’s cloning capabilities.  Here’s a pictorial analysis of how deep the cloning is. 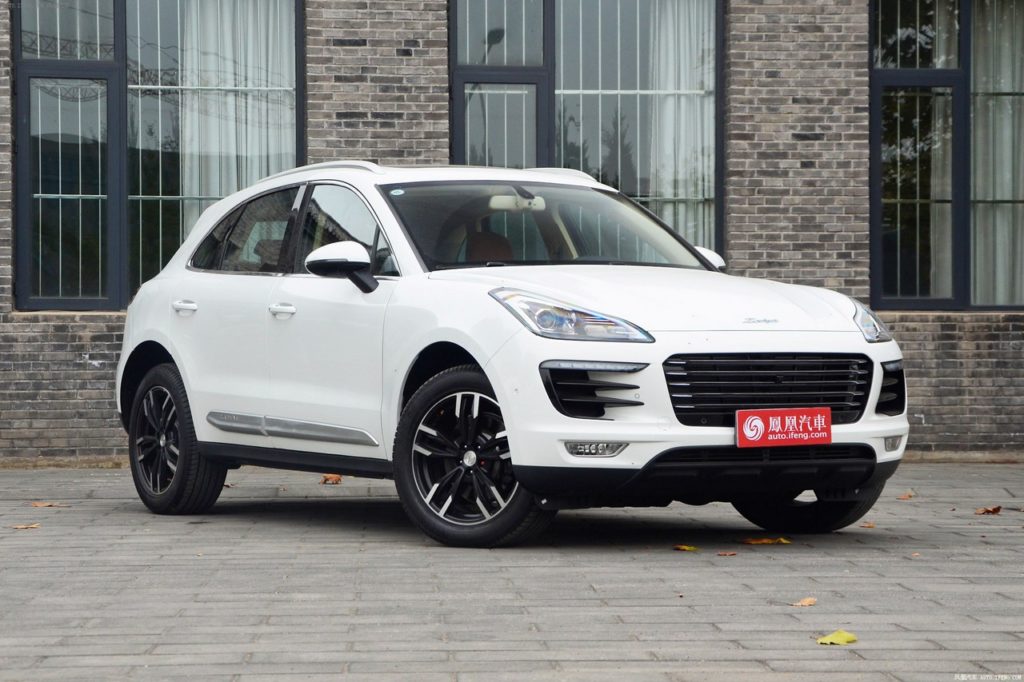 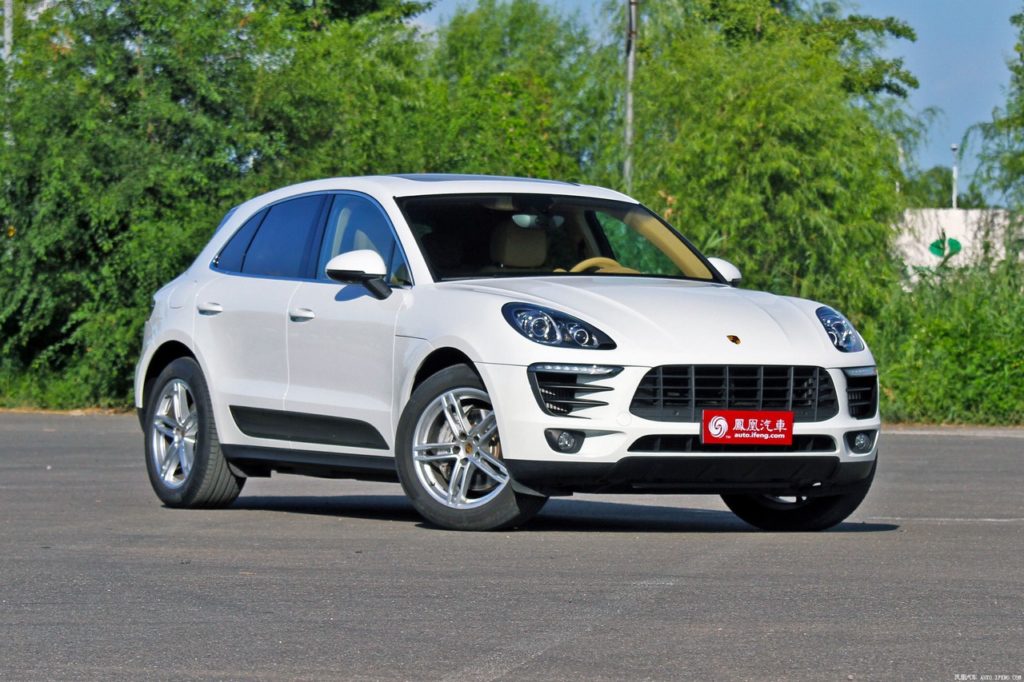 Let’s start with the front 3/4th angle. In case you’re dumbfounded by the similarity (you’ve every right to be), and still figuring out which is which, the topmost one is the Zotye and the one below it is the Porsche. Note that the Zotye has a different grille slapped on its face, apart from a larger set of headlamps. However, the overall stance, roof-line, bodywork contours, the front bumper design (apart from the different grilles) of both the cars are a spitting image of each other. 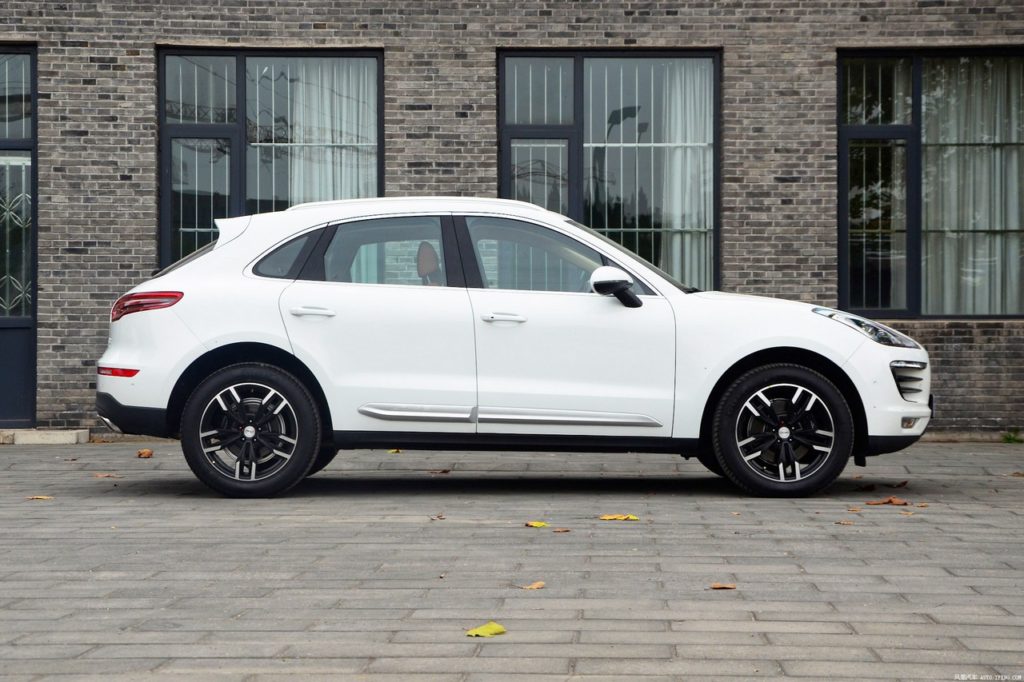 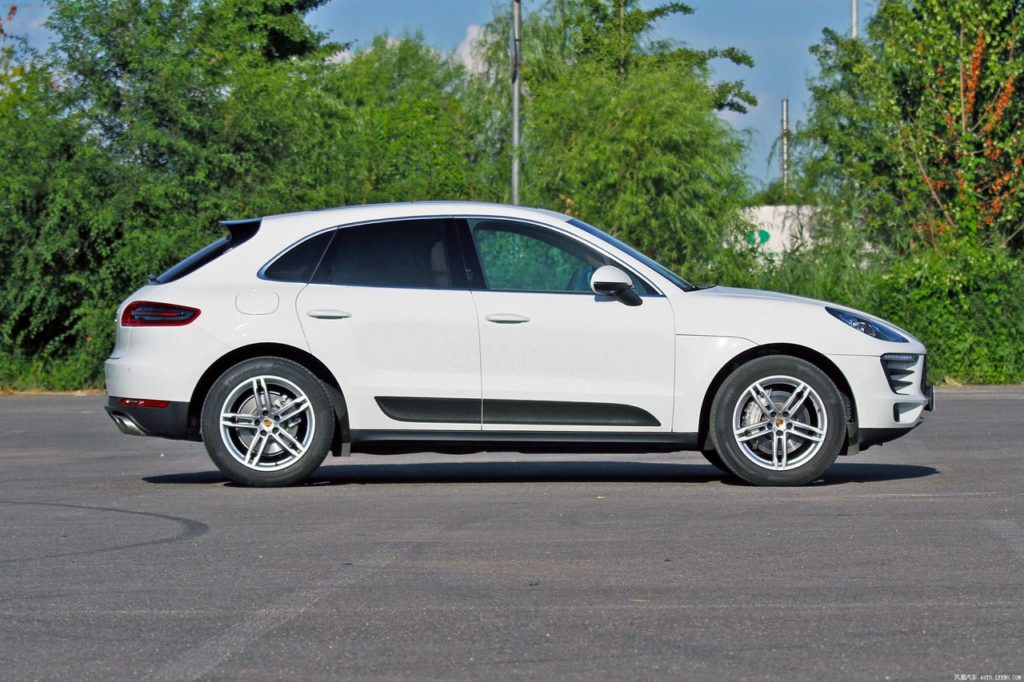 The side view tells the same story. The folks at Zotye have photo coiped the shape of the windows from the Porsche, right down to the rear three quarter window and the chrome beading around the window line. Even the shape of the outer rear view mirrors have been cloned by the Chinese, along with the trim piece on the lower half of the doors. Thankfully, they’ve left the wheels alone, with the Zotye SR9 getting its own set of diamond cut alloy wheels. Also, the Macan has its fuel cap on the right side, whereas the SR9 has it on the left. 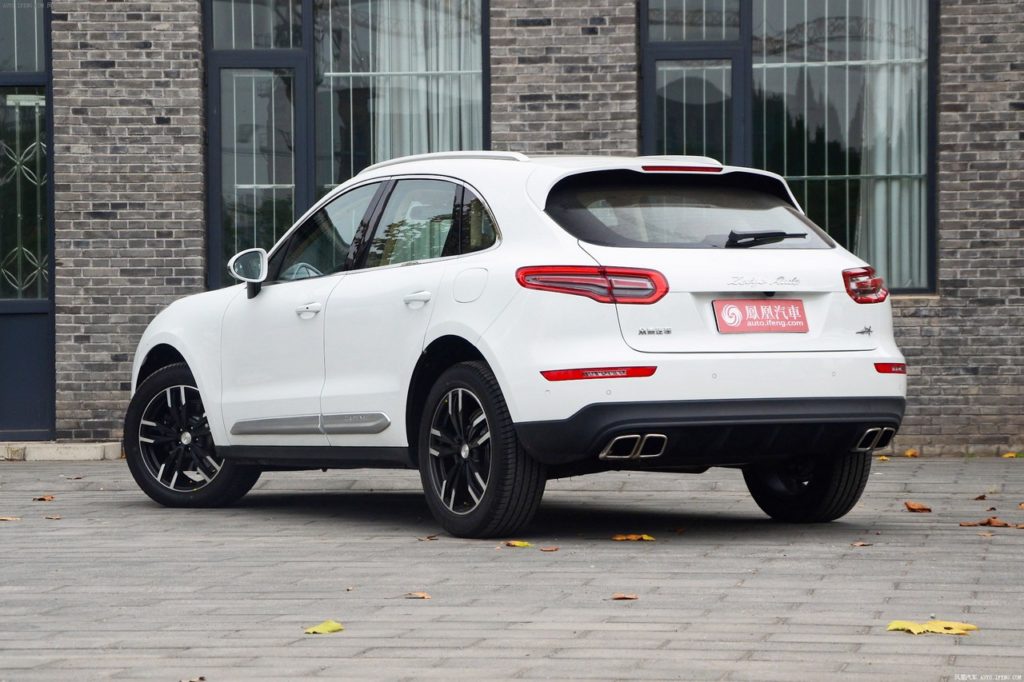 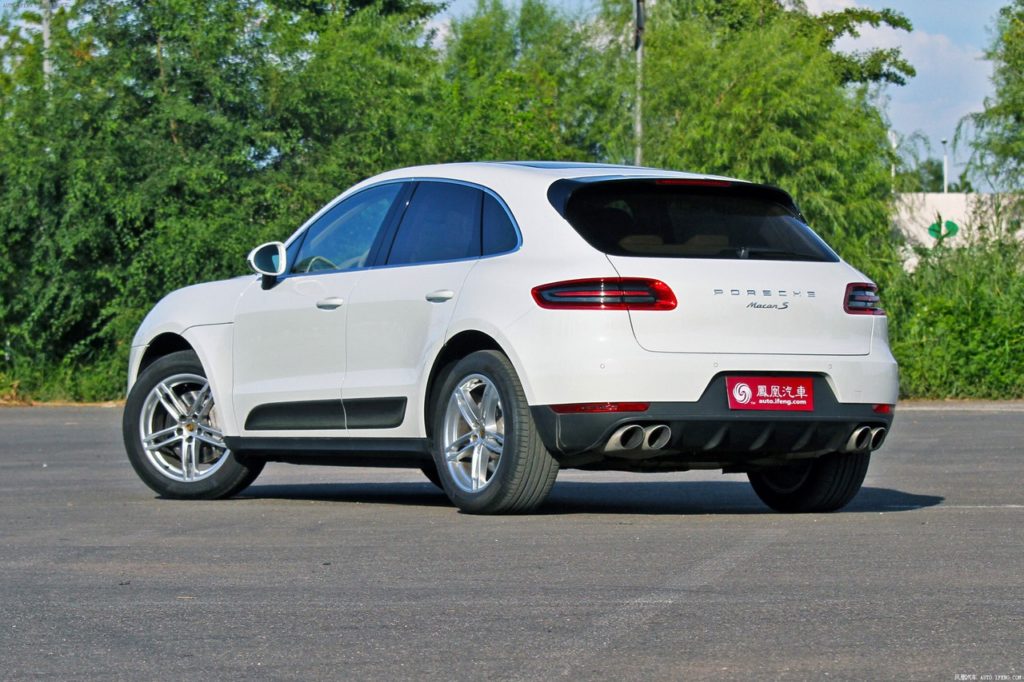 Moving on to the rear 3/4th angle, the rear end of the Zotye is the only portion where the differences are noticeable. Of course, the bodywork is still pretty much similar, right down to the shape of the rear spoiler and the tail gate design. But there are small details that set both the cars apart. The tail lamps on the Zotye, although clearly inspired by the ones on the Porsche, taper downwards while the German has them straight and pretty much horizontal. Also, the registration plate recess is positioned on the tail gate of the SR9, while the Macan carries it on its rear bumper. 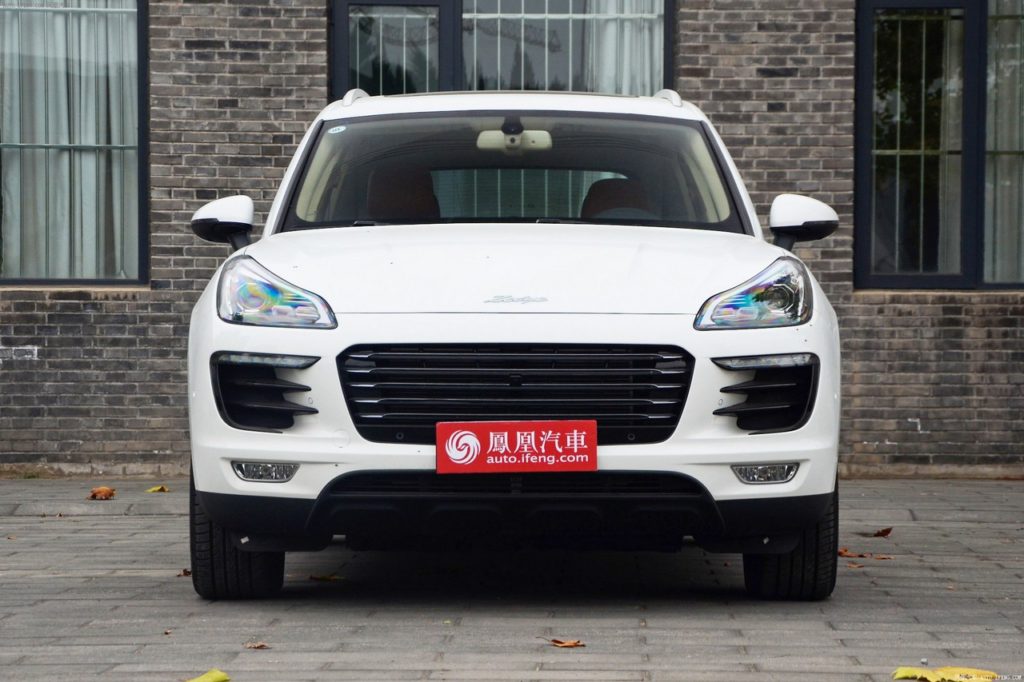 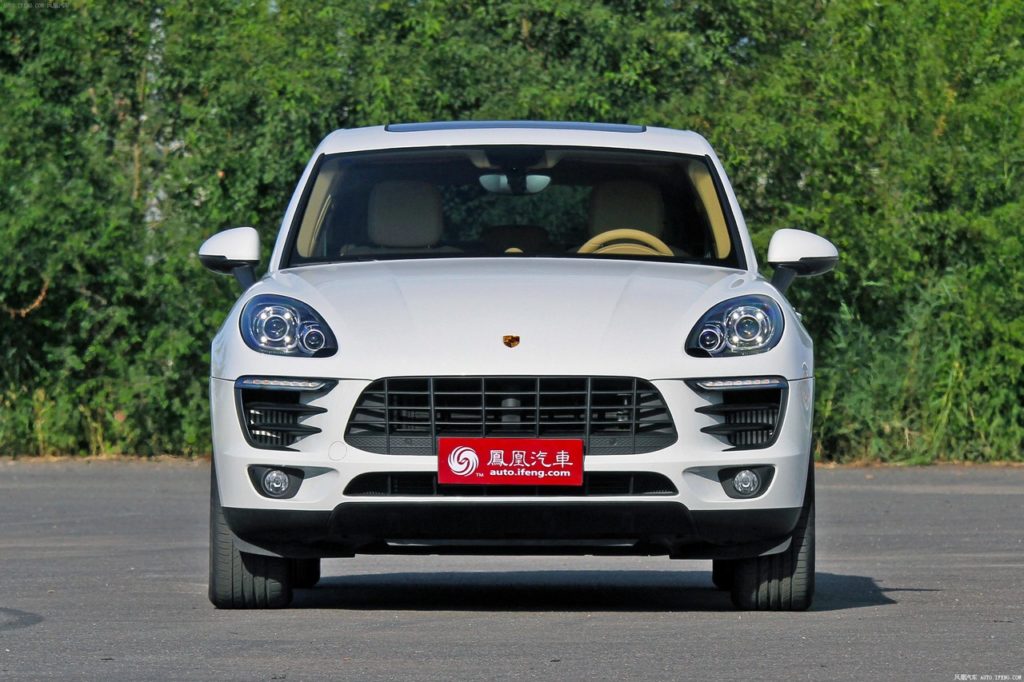 Full frontal shots of both the cars reveal the subtle differences in the grille designs – the Zotye simply takes the Porsche’s grille and inverts it – and the shape of the headlamps. The Chinese SUV also uses rectangular fog lamps as compared to the German’s round ones. Even from this view, the Zotye is still a dead ringer for the Porsche. 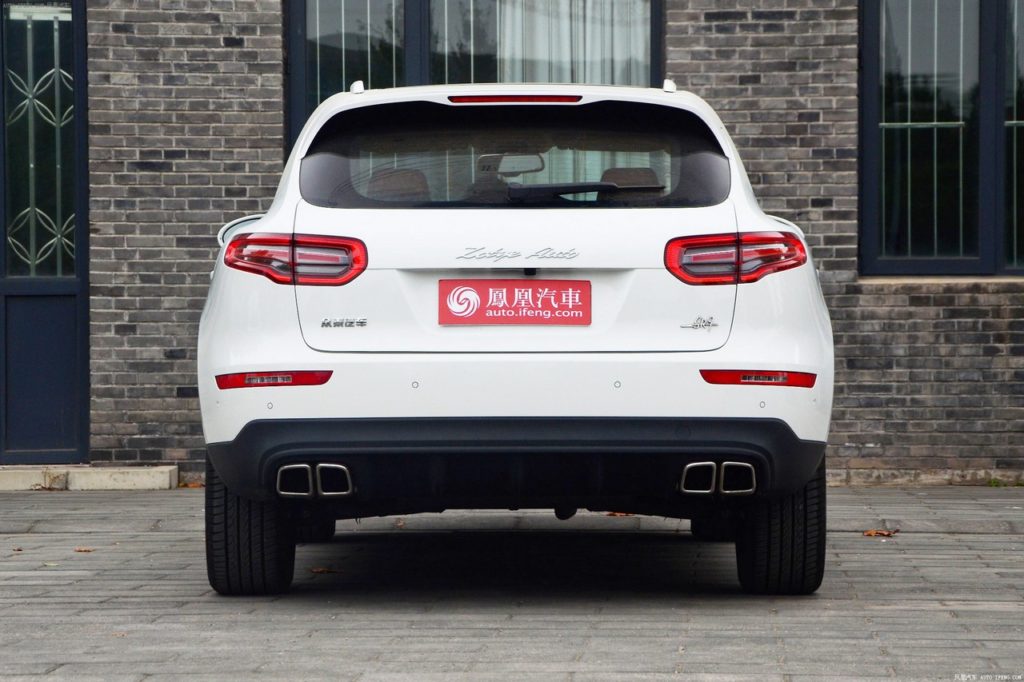 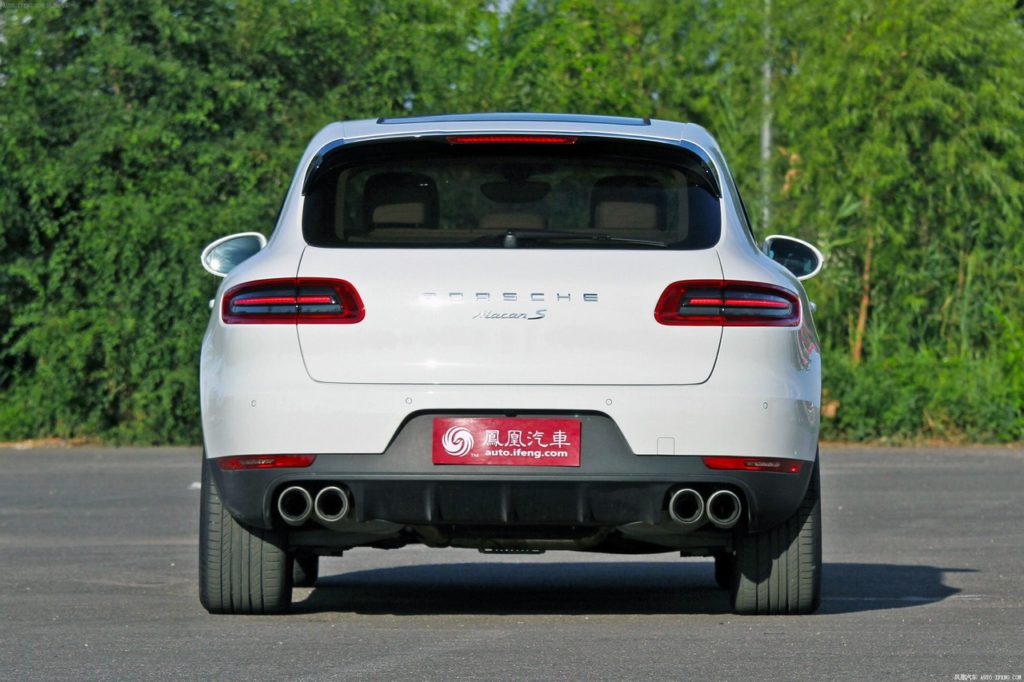 From the back view, the difference in the rear bumpers of the both the cars are more pronounced. Also, while the Porsche employs quad, round exhaust tips, the Zotye makes do with quad, square exhaust tips. Obviously, the Macan uses fatter rubber as it needs to lay more power than the SR9 on the road. 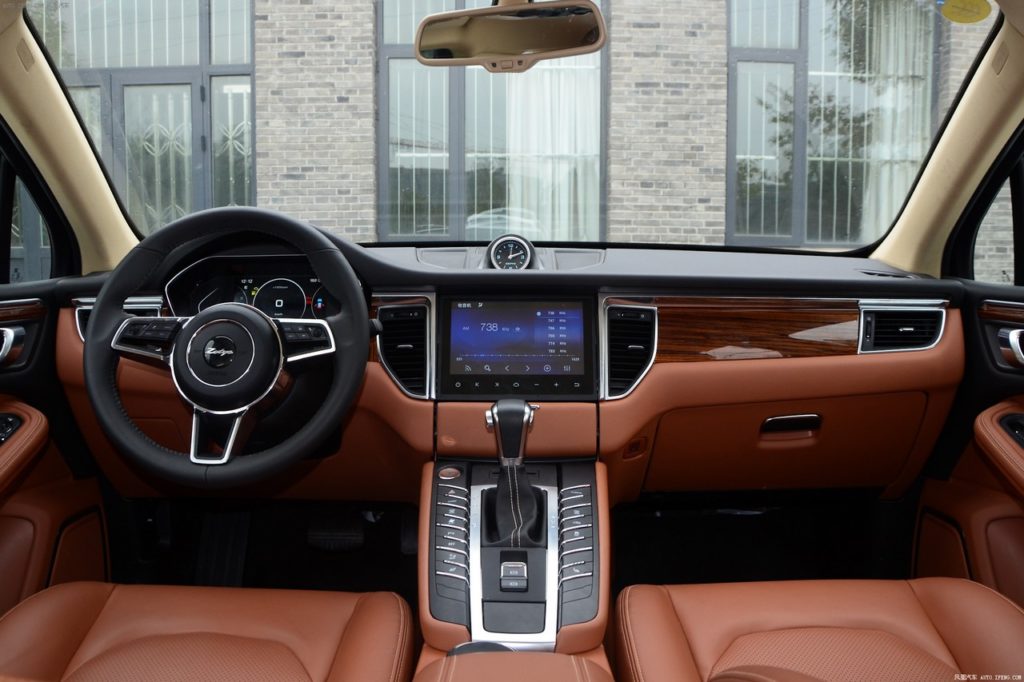 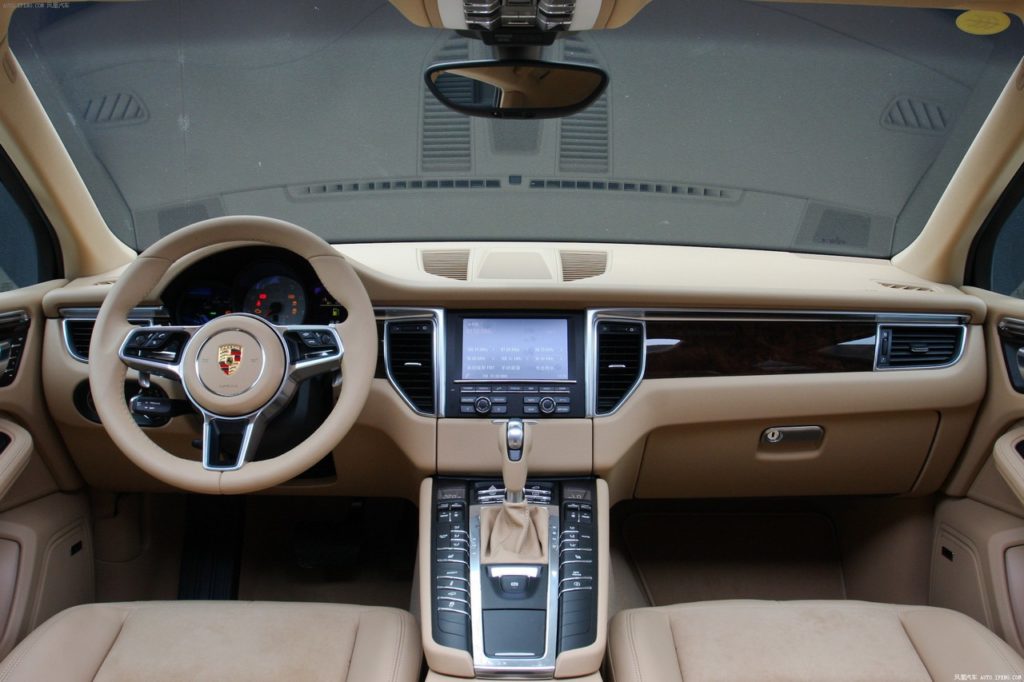 Even inside, you’d be hard-pressed to decipher the differences unless you’re an expert. Just to clear the air, the topmost image is the Zotye’s cabin and the image below it shows the Porsche’s cabin. Note that every inch of the Porsche Macan’s dashboard has been copied by Zotye and implemented inside the SR9’s cabin. Even the wooden trim inserts, the mate aluminium finished detailing, and the shape of the air vents are same to same. 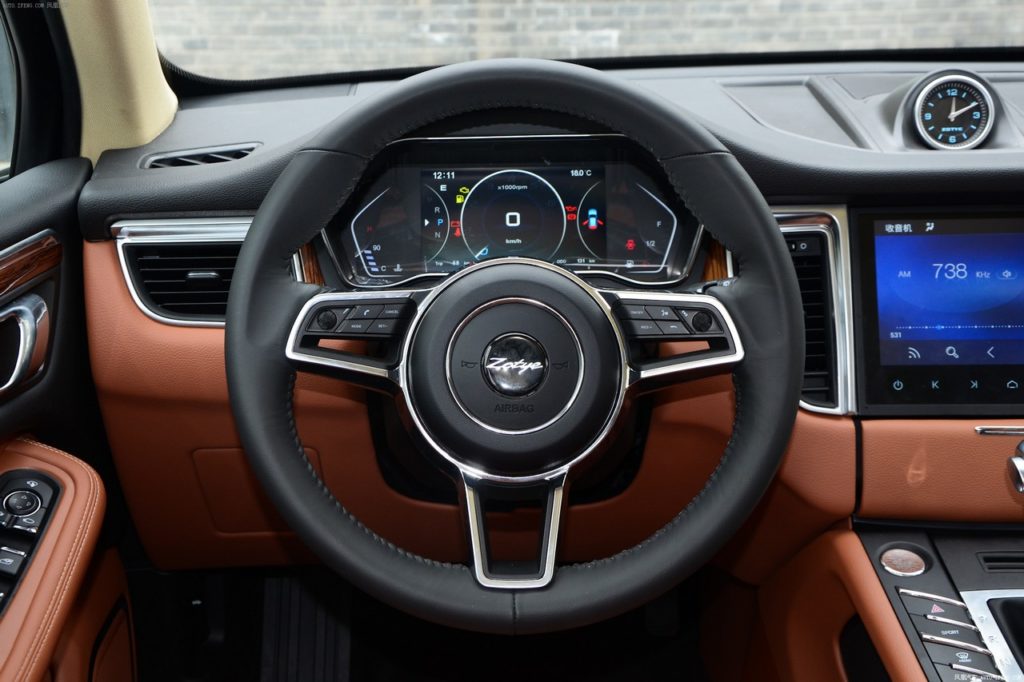 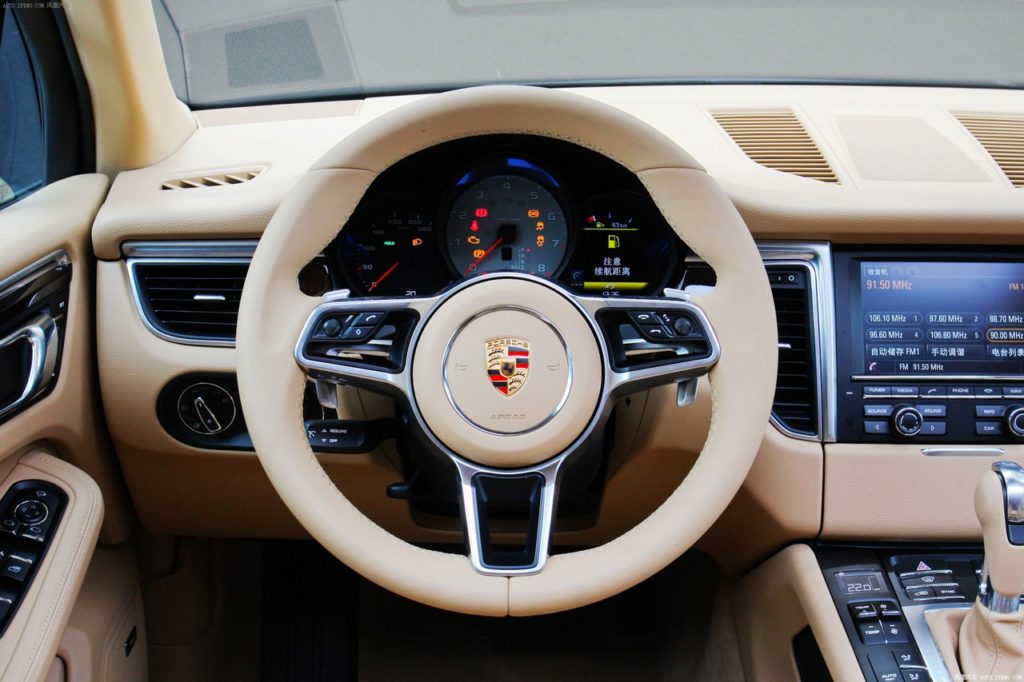 The steering wheel – pretty much the same on both the cars. While the one in the Macan trickles down from the 918 Spyder hyper-car, the one in the Zotye is a carbon copy of the same, apart from the shift paddles and of course, the logo. 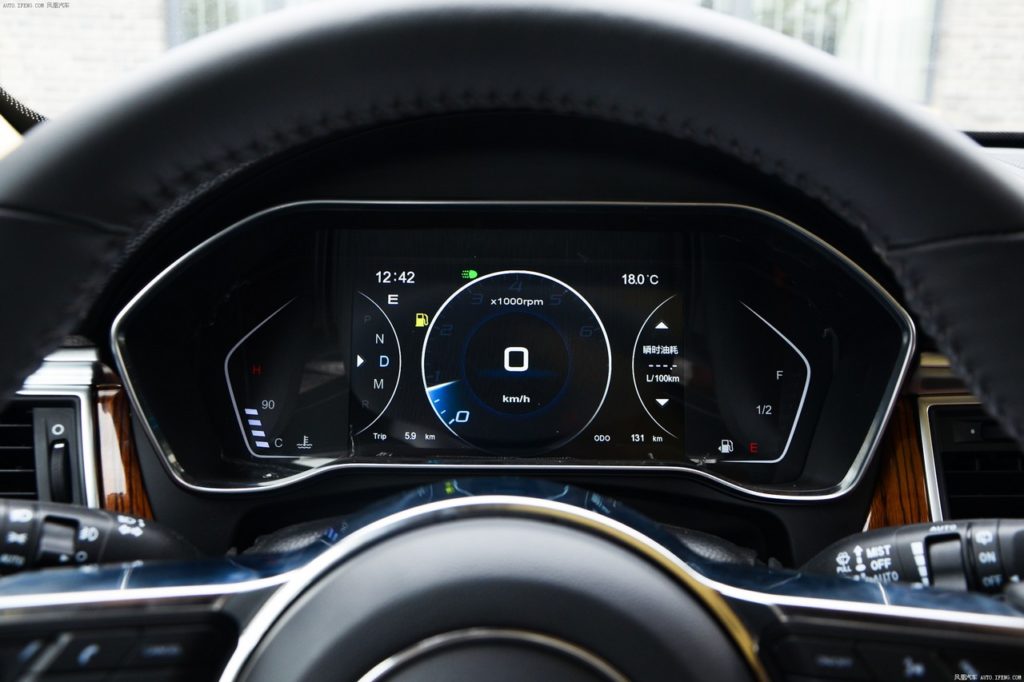 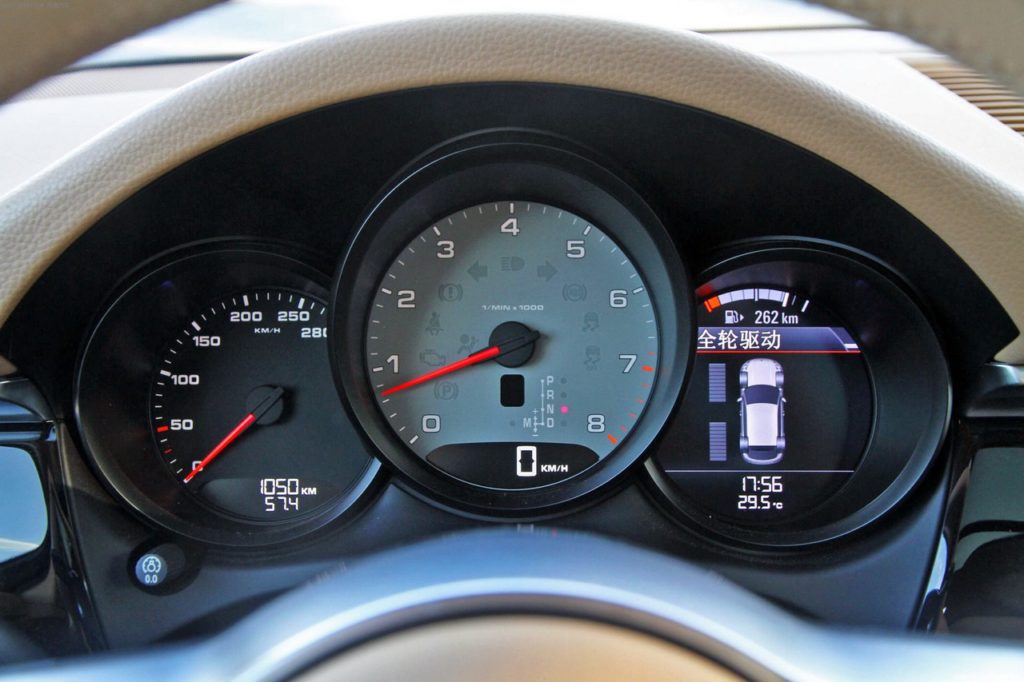 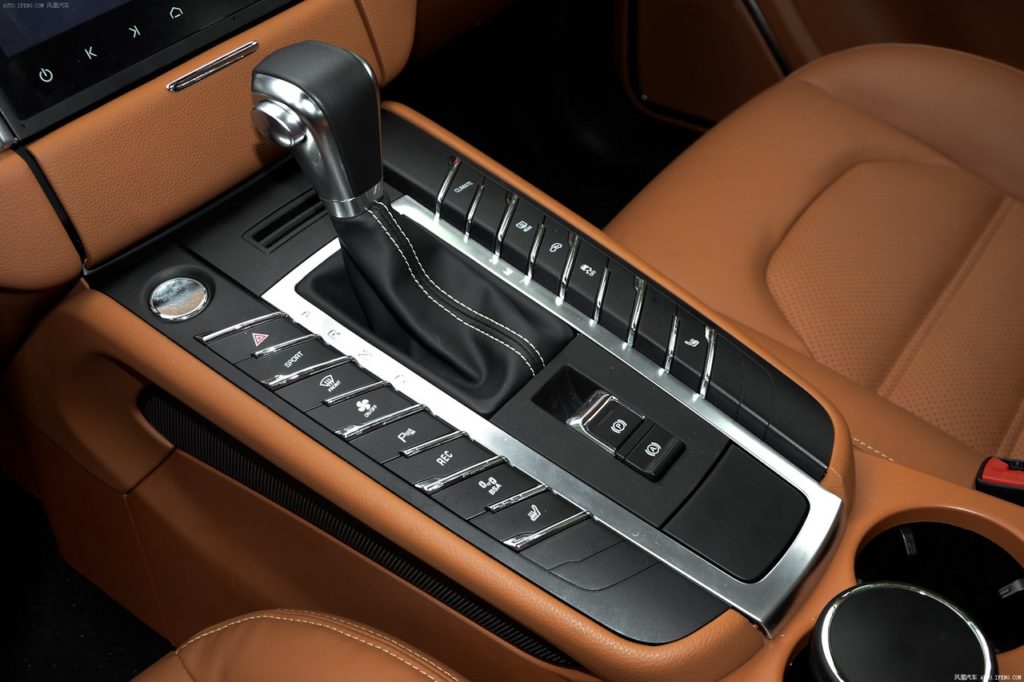 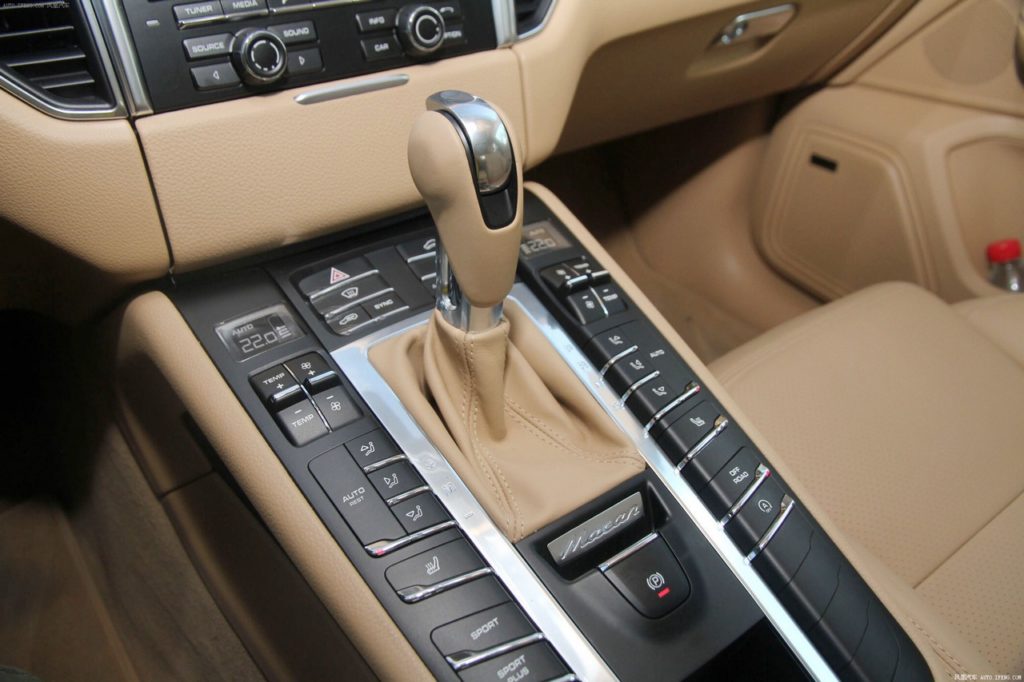 The layout of the Zotye SR9’s floor console (above) is clearly Macan (below) inspired, with the Chinese SUV getting a row of buttons exactly positioned (around the gear lever) like they are laid out inside the Porsche. The Zotye gets an engine start-stop button in place of the Porsche’s climate control/cabin temperature display. Don’t get me started on the other similarities in both the images. 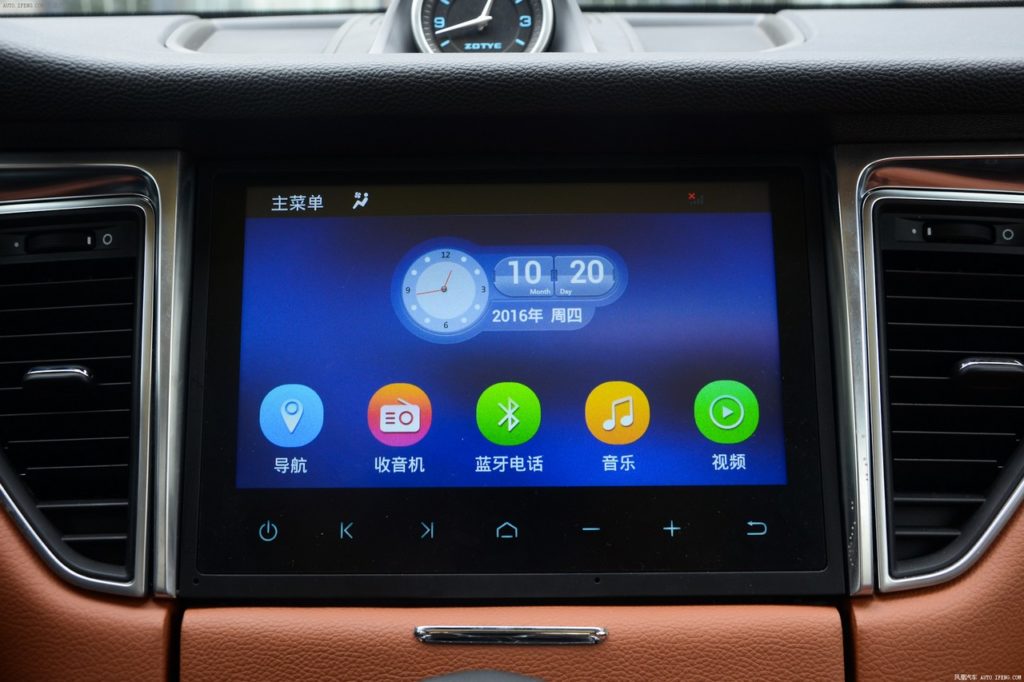 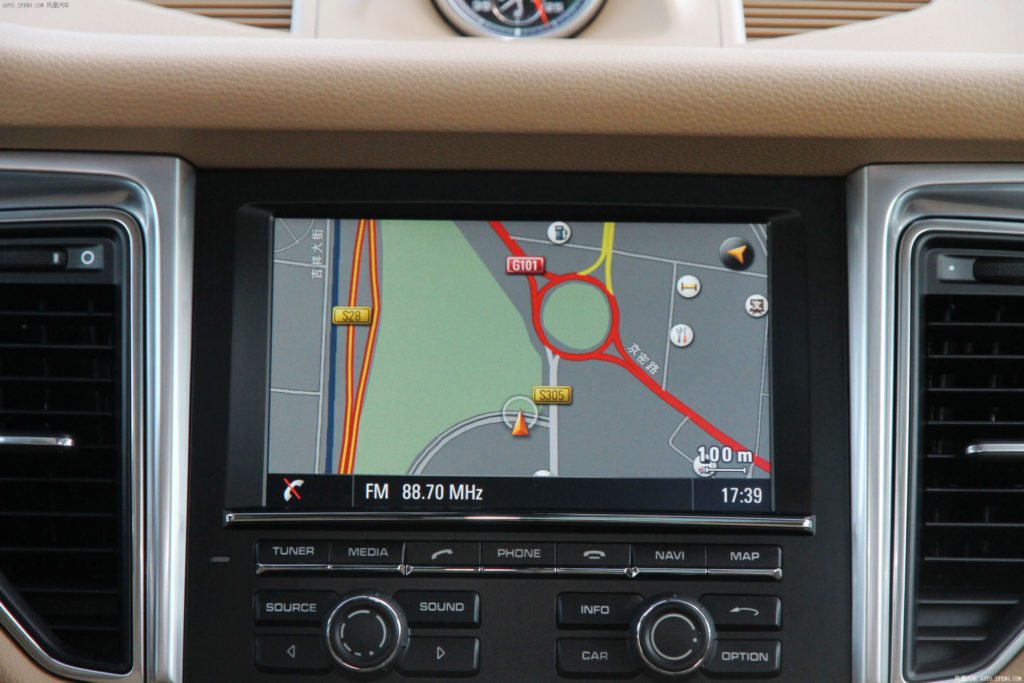 The Zotye SR9 (above) gets a bigger touchscreen than the one inside the Porsche Macan (below), a feature that comes as a surprise. However, this is a top-end grade of the SR9. Lower grades come with a smaller touchscreen. 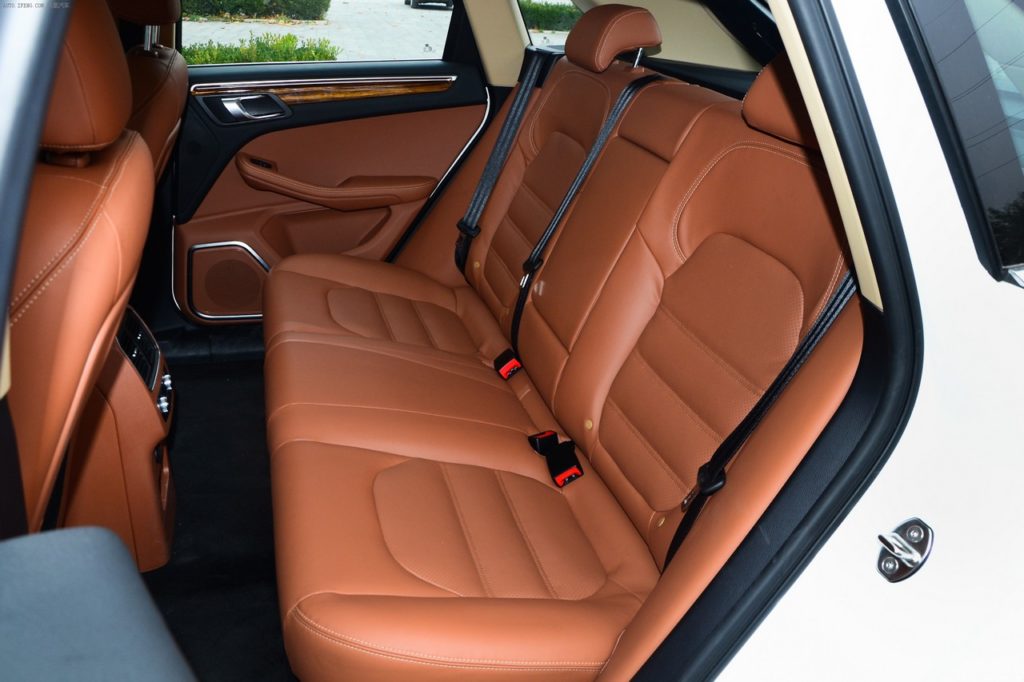 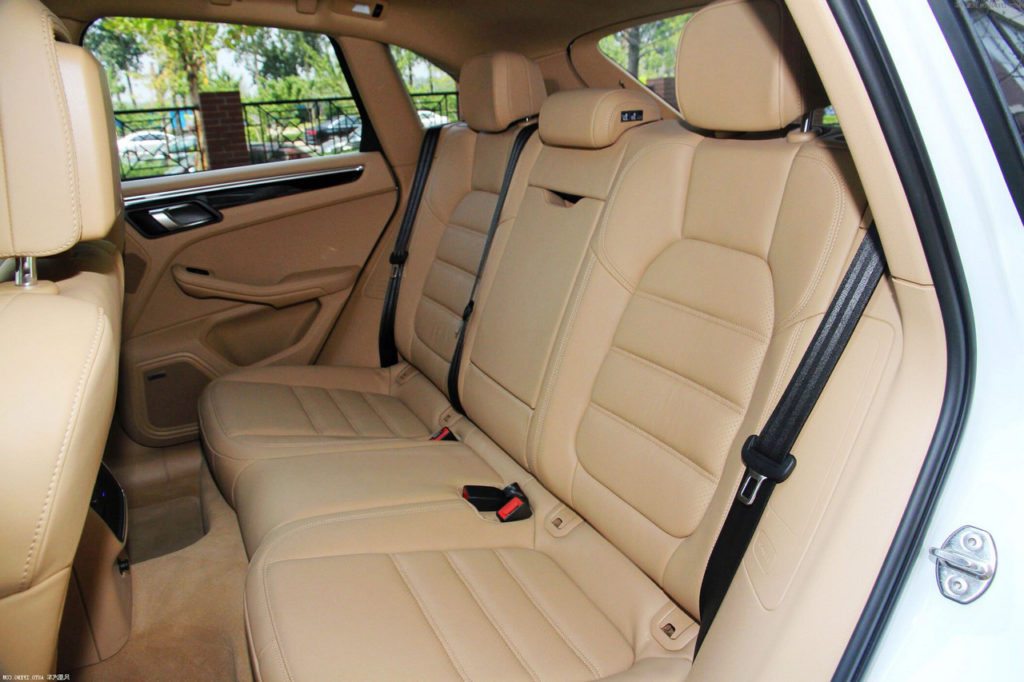 While the front seats on both the cars are more or less similarly designed, it’s the rear bench of the Zotye SR9 (above) that looks like a clear case of plagiarism; like the rest of the car. What’s more, notice how the Zotye’s door trims are exactly similar to the Porsche’s, along with the shape of the rear AC vent console. 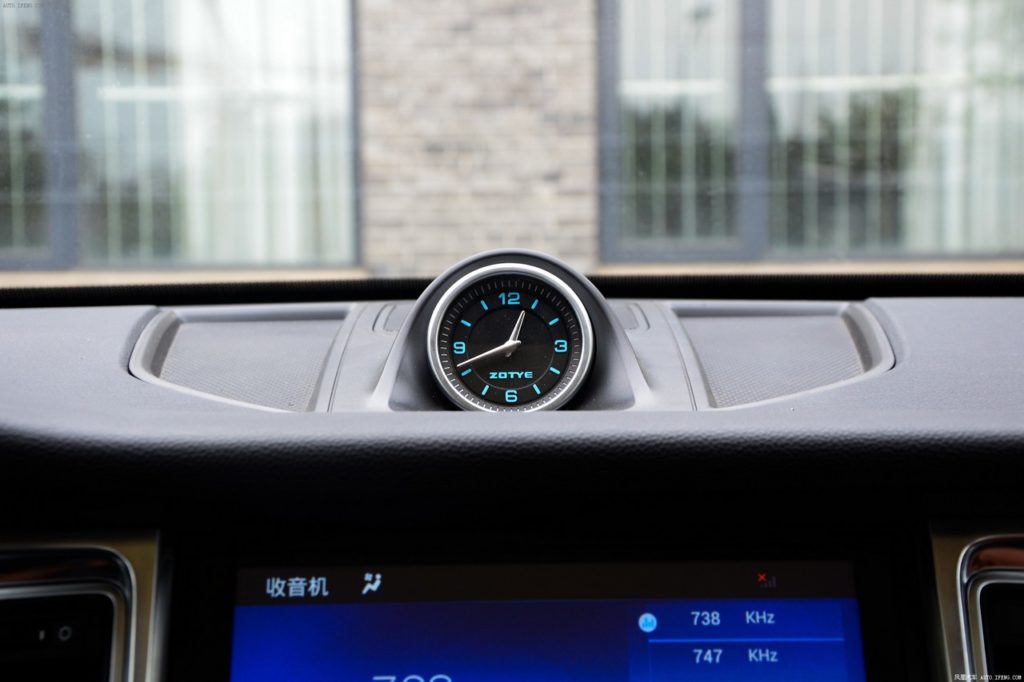 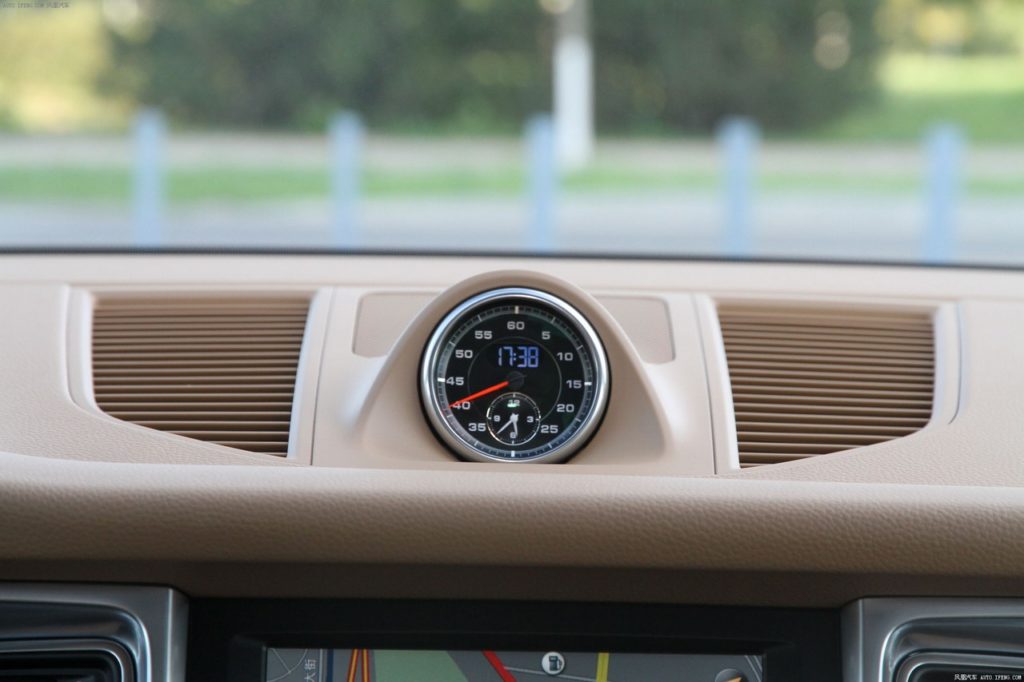 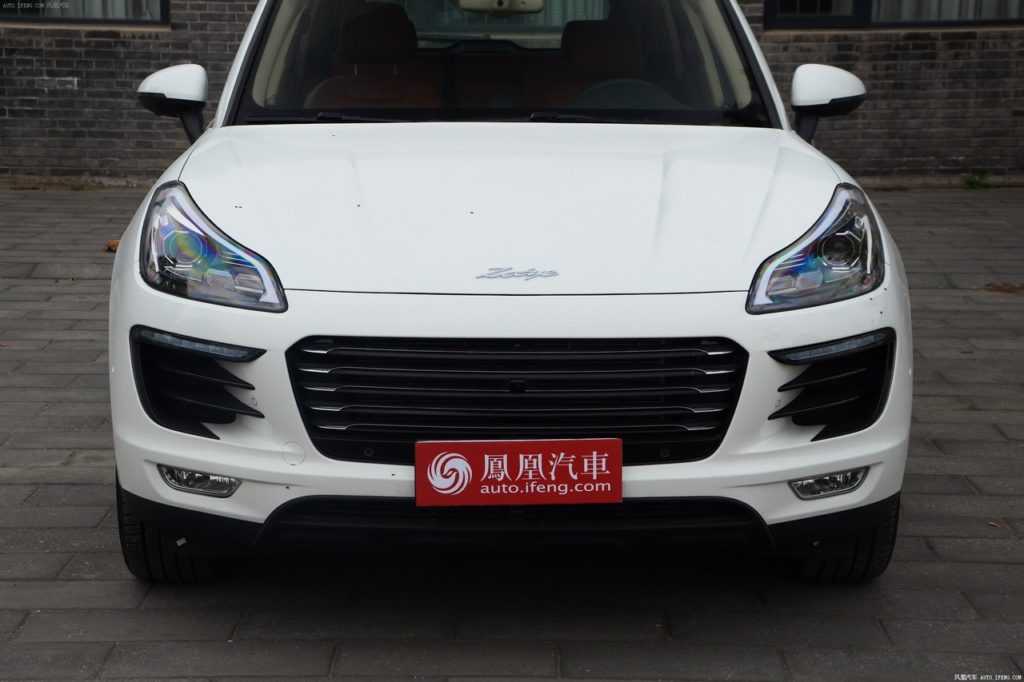 Size wise, the Chinese knock off is 63 mm longer, 5 mm wider and 23 mm taller than the German mid-size SUV. The Zotye’s wheelbase is also 47 mm more than the Porsche’s. The Zotye SR9 will be sold in China with only one engine option – a 190hp/250Nm strong 2.0-litre turbo-petrol mated to either a five-speed manual or a six-speed dual clutch automatic transmission. Next year, a 1.5-litre turbo-petrol engine will join the lineup. Both engines are sourced from the Shenyang-Mitsubishi engine-making JV, a company that provides its engines to the infamous Landwind X7 (Range Rover Evoque clone) as well.