Home Hyundai Hyundai Grand i10 Spotted testing in Chennai. Is it the automatic? 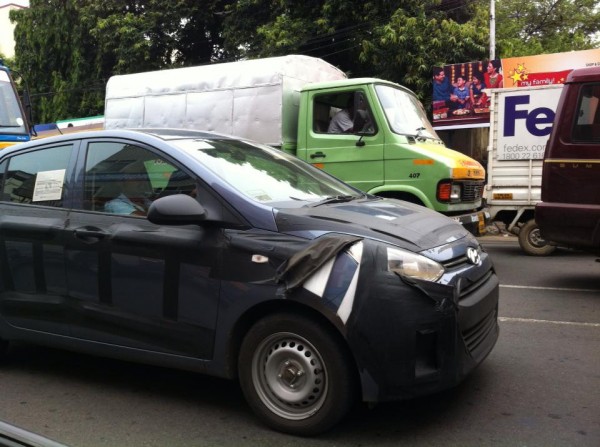 We reported in detail when the Indian subsidiary of Hyundai launched the much hyped Grand i10 in Indian car market. The Grand i10 is the fifth hatchback in Hyundai India’s product portfolio. It is also the smallest hatchback from HMIL to have a diesel engine option.

The Grand i10 is basically a re-skinned 2014 Hyundai i10, prepared especially for markets like that of India. However, the Grand i10 hasn’t totally replaced the i10 and has been positioned above the last gen model. HMIL though, has been quick in discontinuing the 1.2 Kappa2 variants and automatic transmission variant of the earlier i10. This was done to prevent the old i10, which is a well sorted out machine, to eat into the sales of the Grand i10. Also, discontinuation of the auto transmission means that the Grand i10 Auto, when launched in the country, won’t face any competition from within its own family. 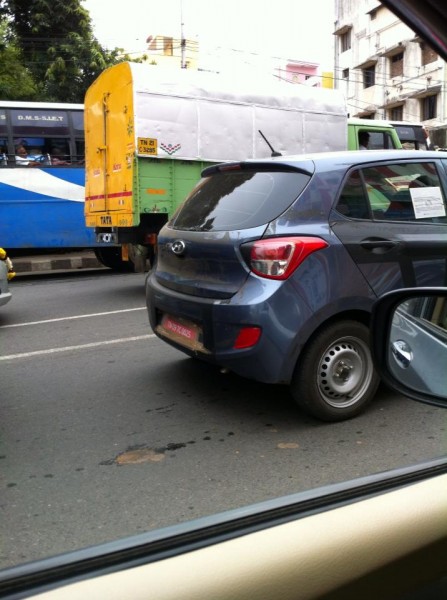 Now, Hyundai was recently spotted testing a Grand i10 on public roads of Chennai. It may be noted that the Grand i10, which was launched in four trim levels each, is powered by a new 1.1 litre diesel engine and a 1.2 litre Kappa petrol engine. From what we know, the carmaker has no intentions of launching yet another engine variant of the new hatchback. All this means that the carmaker could very well be testing the Grand i10 Auto in India and from the looks of it, isn’t too far from launching it in the country.

The Hyundai Grand i10 AT variant would be powered by the 1.2 litre Kappa petrol engine, which will come mated to a 4 speed automatic transmission

We expect the Hyundai Grand i10 Launch to happen in early November this year. 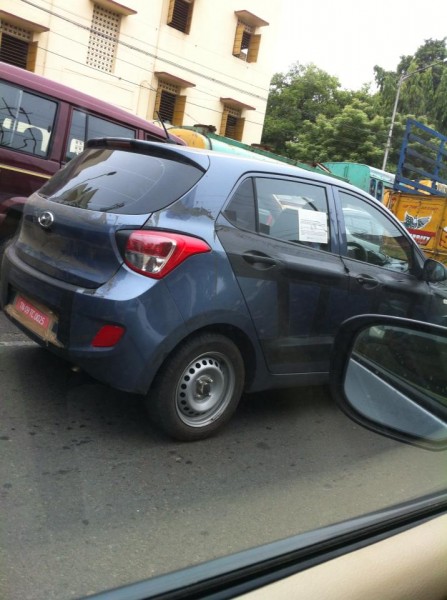 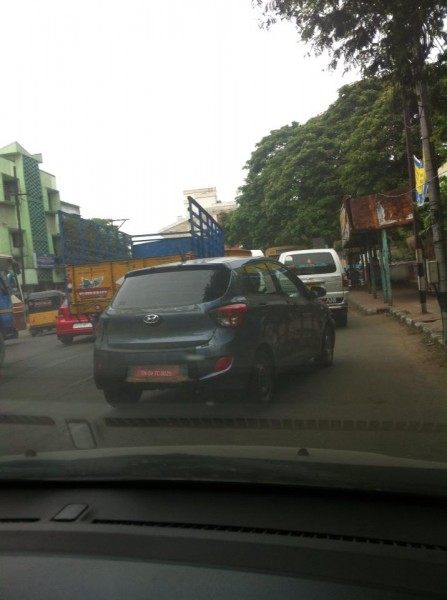