Home Honda Motorcycles and Scooters Dude Modifies Honda Navi To Look Like A Mini-Duke 200; Asks INR 70k For It

The Honda Navi is a fun little thing. And I think it looks great the way it is. But this one guy from Hubli, Karnataka, begs to differ. So he’s gone ahead and given his Navi a visual makeover to prove his point. A makeover that has the KTM Duke 200 written all over it.

Clearly possessed by the baby KTM, this Navi sacrifices most of its bodywork in favour of the Indo-Austrian motorcycle’s tank extensions, headlamp and headlamp cowl. The livery is borrowed from the Duke 200 as well. 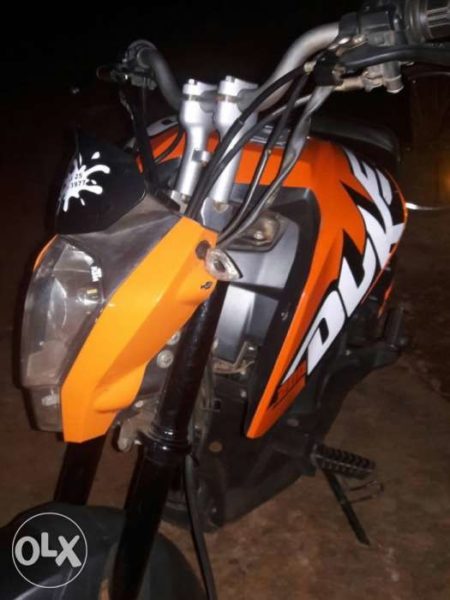 The stock exhaust has been swapped for an aftermarket, free flow job, while the standard throne of the Navi has given way to a bespoke, split seat. Also, a custom-made handlebar sits in place of the original unit. The rest of the Navi remains stock.

Now this isn’t what one would call a tasteful modification, but there’ll be many admirers and takers for this kind of stuff. So much so, that the owner reckons he’ll get as much as INR 70,000 for his modified Navi. That’s correct – the asking price for this Navi-Duke on OLX is almost twice than a brand new Honda Navi. 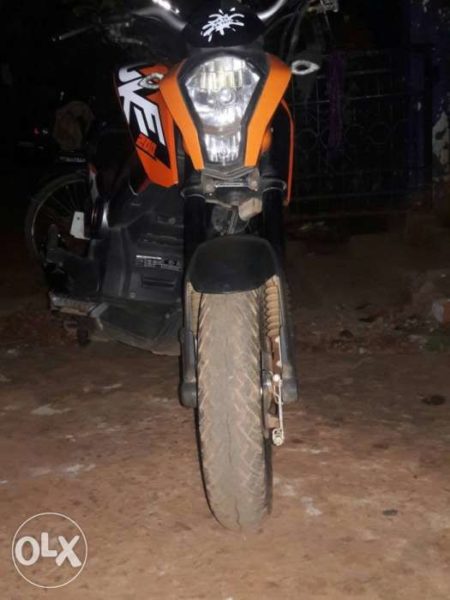 I don’t know man. Best of luck getting a buyer. Also, I love your confidence. Ex-showroom prices for the Honda Navi start at INR 39,848. In stock form, it is powered by the Honda Avtiva’s 102-cc, four stroke, single cylinder engine that puts out around 8 bhp and 9 Nm of torque.

The engine, mated to a CVT (also sourced from the Activa), endows the 101 kg heavy Navi to reach speeds of 80-90 kph. It’s a quirky runabout, but this contraption (incidentally, the owner also claims it to be India’s first fully modified Navi) takes the game even higher.