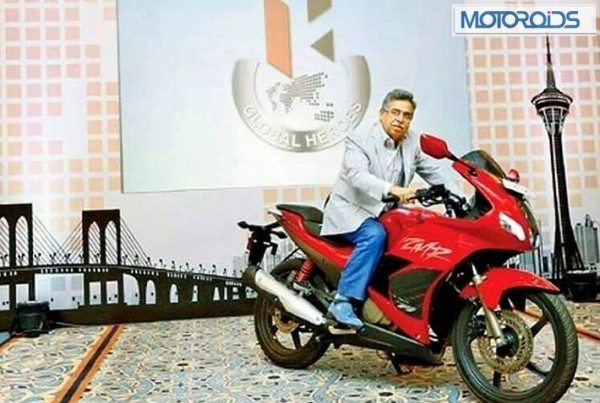 World’s largest two wheeler manufacturer Hero MotoCorp is upbeat about the festive season as the company has placed an optimistic sales target of 6 lakh units till Diwali. The company recently refreshed its product portfolio with the updated Karizma ZMR, Karizma R and CBZ.

The company has increased its output with the commissioning of its Rajasthan plant.It further plans to expand the output with two upcoming production facilities. Pawan Munjal, vice-chairman and managing director of Hero MotoCorp, in an interview to ET Auto, said, “Our new plant based in Gujarat will start operating from the third quarter of the next financial year, while we have reached advanced stage of talks over the finalization of a new plant in south India.”

He further added, “We are looking at higher sales volume during the festive season this year as compared with the last year.”

The company also plans to rework its pricing to attract more audience. However, no official figures have been given out.

With the festive season in full swing, Hero MotoCorp should be able to achieve good sales figures. But will the company achieve its optimistic target? That is something that we will know post Diwali.

Stay tuned to Motoroids for more news from motoring industry. Do share your thoughts and comments with us.