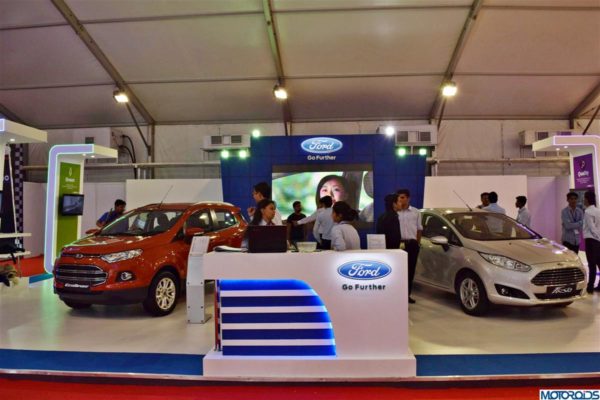 “With the economic recovery being slower than anticipated and a high interest rate & inflation environment, customers continue to defer their discretionary spends,” said Anurag Mehrotra, executive director Marketing, Sales and Service at Ford India. “However, Ford’s faith in India’s long-term growth prospects remains intact. We are continuing to invest in India’s future growth potential. In March, we took our growth commitment in India to a new peak with the inauguration of US $1-billion integrated manufacturing facility at Sanand, Gujarat.”

The Ford Figo Aspire, a new sub-four-metre compact sedan, will be the first car to roll-out from the new plant. The car is scheduled to go on sale later this year.

“India is a key market for Ford and with our Sanand plant being operational, Ford is stronger than ever to provide cars and utilities that customers want and value. We plan to introduce three new models in the next 12-18 months with leading quality, fuel efficiency, safety, smart design and value,” Mehrotra said. “Alongside creating employment and contributing to economy, our manufacturing operations at Sanand will enable us to serve our customers with great quality products, both in India and around the world.”

With an installed annual capacity of 240,000 vehicles and 270,000 engines, the facility nearly doubles Ford’s installed production capacity in India. Ford’s Sanand plant will commence production with a single shift operations supported by approximately 2,500 employees. The plant also will generate employment of more than 7,500 workers across tier I suppliers and the rest of the value chain.