Watching an exotic artist gyrating around a pole does make many jaws drop to the ground, however, someone in South Korea with two left feet and a Ferrari Enzo tried imitating that grace and ended up crashing an ultra rare supercar into a pole. 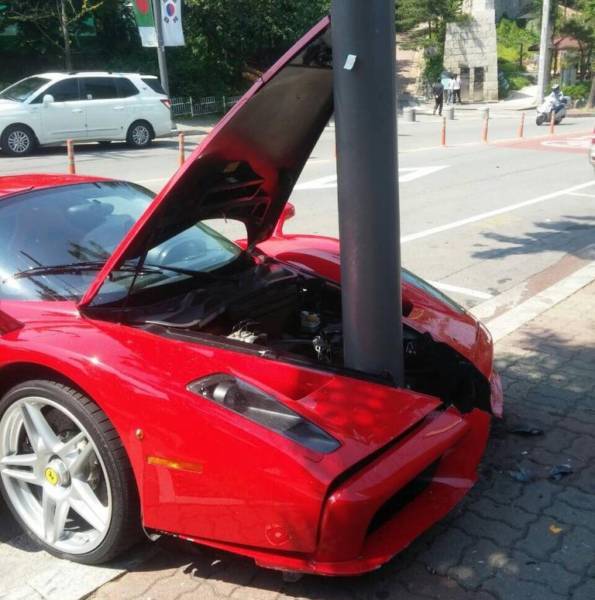 The incident happened in the city of Seongbuk-dong in South Korea, where it appears the car lost traction and rammed into the pole head first. No one was injured post the incident, and even the carbon tub of this exotic seems unharmed. However, this F1 car for the road will definitely have to be shipped all the way back to Maranello, in order to get those 660 horses back on the road again. 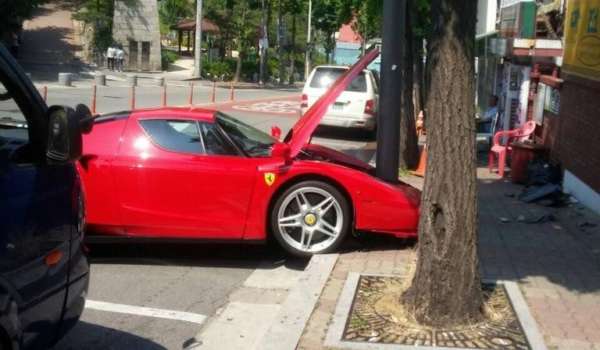 The Enzo Ferrari is a 12 cylinder mid-engined supercar named after the company’s founder, Enzo Ferrari. It was built in 2002 using Formula One technology, such as a carbon-fibre body, F1-style electrohydraulic shift transmission, and carbon fibre-reinforced silicon carbide ceramic composite disc brakes. The engine is Ferrari’s F140B 65° V12 that displaces 5998 cc and produces 660 PS at 7800 rpm and 657 Nm at 5500 rpm. It enables the Enzo to reach a top speed of 355 km/h.