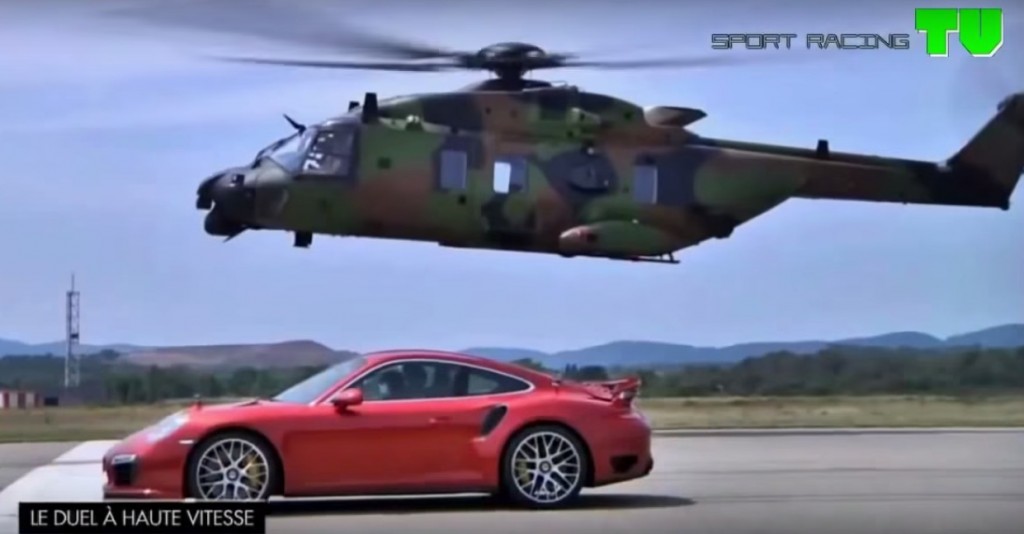 But is all of that a match to the Porsche 911 Turbo S? The S suffix will add you 40 more horsepower over a standard Turbo, turning the knob to a searing 560 bhp. The Turbo S can officially sprint from 0 to 100 kph in 3.1 seconds, while some independent testing has even seen figures in the low twos. Top speed is a claimed 318 km/h.

Somebody organized a drag race between an Eurocopter Tiger and a Porsche 911 Turbo S. The Eurocopter Tiger is also known to be the most agile helicopters that took to skies, so we’re not surprised at the way it accelerates like a rocket-ship. Apart from the Tiger, the 911 Turbo S also races against the Eurocopter NH90 (screenshot above), another Airbus product, but being a military transport chopper, packs as much as 5,000 horsepower!

Can the Porsche keep up with these hovering heavyweights run by the French Light Aviation Army ? Watch the video to find out, and excuse our French.