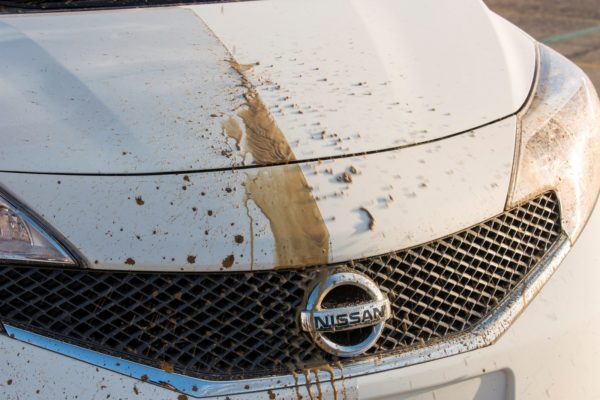 Nissan says cleaning cars will be a thing of the past if their newly developed self-cleaning paint technology has it’s way. It’s called “Ultra-Ever Dry” and it’s an “innovative nano-paint technology” that repels mud, rain and everyday dirt. A Nissan Note, donning the specially engineered super-hydrophobic and oleophobic paint that creates a protective layer of air between the paint and environment in real-world conditions, was undergoing testing at Nissan’s European Technical Centre. And we must say, the results are impressive. The Note’s right hand side has the specially developed wonder paint, while the left hand side continues with a conventional paint-job. 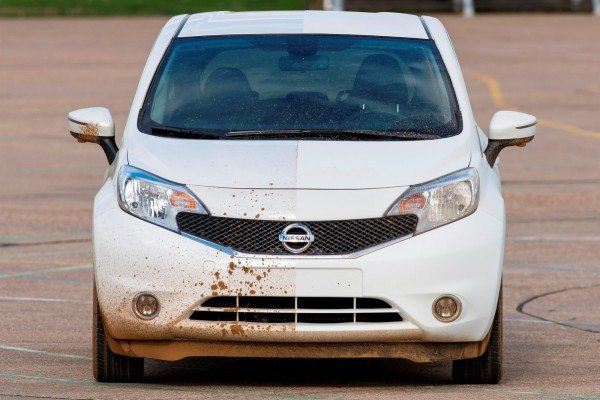 According to Nissan, the tech has responded well to common use cases including rain, spray, frost, sleet and standing water. Regarding the headlights on the side coated with this new technology that look much more dirtier than the headlights on the side which hasn’t got the coating, it could be that the treated area ‘repelled’ the dirt onto the headlamp & other areas around it. 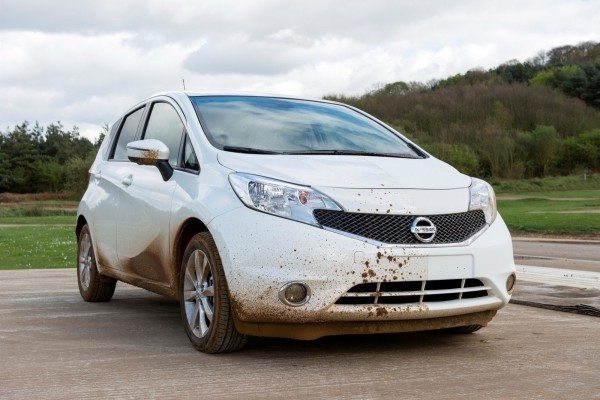 But how soon can we expect something this magical on production cars? Nissan says there are currently no plans for the coating technology to be applied to new cars as standard, but it is considering offering it as an aftermarket option in the future. The Japanese automaker decided to showcase the special nano-paint technology that repels mud and everyday dirt on a Nissan Leaf as well. Watch the short video below to know what’s all this about: