Some big changes have been happening at Volkswagen India as a part of their ‘India 2.0 Project’. They now have a new management structure in place and have been working to develop new products, tailored for the Indian consumer. For this renewed focus, the Volkswagen Group has confirmed an investment of INR 7,900 crore (EUR 1 billion) and their efforts will bear fruit when the first “Made for India” mid-size SUV comes out in 2020. It will be based on a localised version of the MQB A0 platform, for which, up to 95% of the components will be made in India. Driving this change is Mr Steffen Knapp, Director, Volkswagen Passenger Cars India. We had the opportunity to talk to the man in the driver’s seat and below is an account of how the conversation flowed: 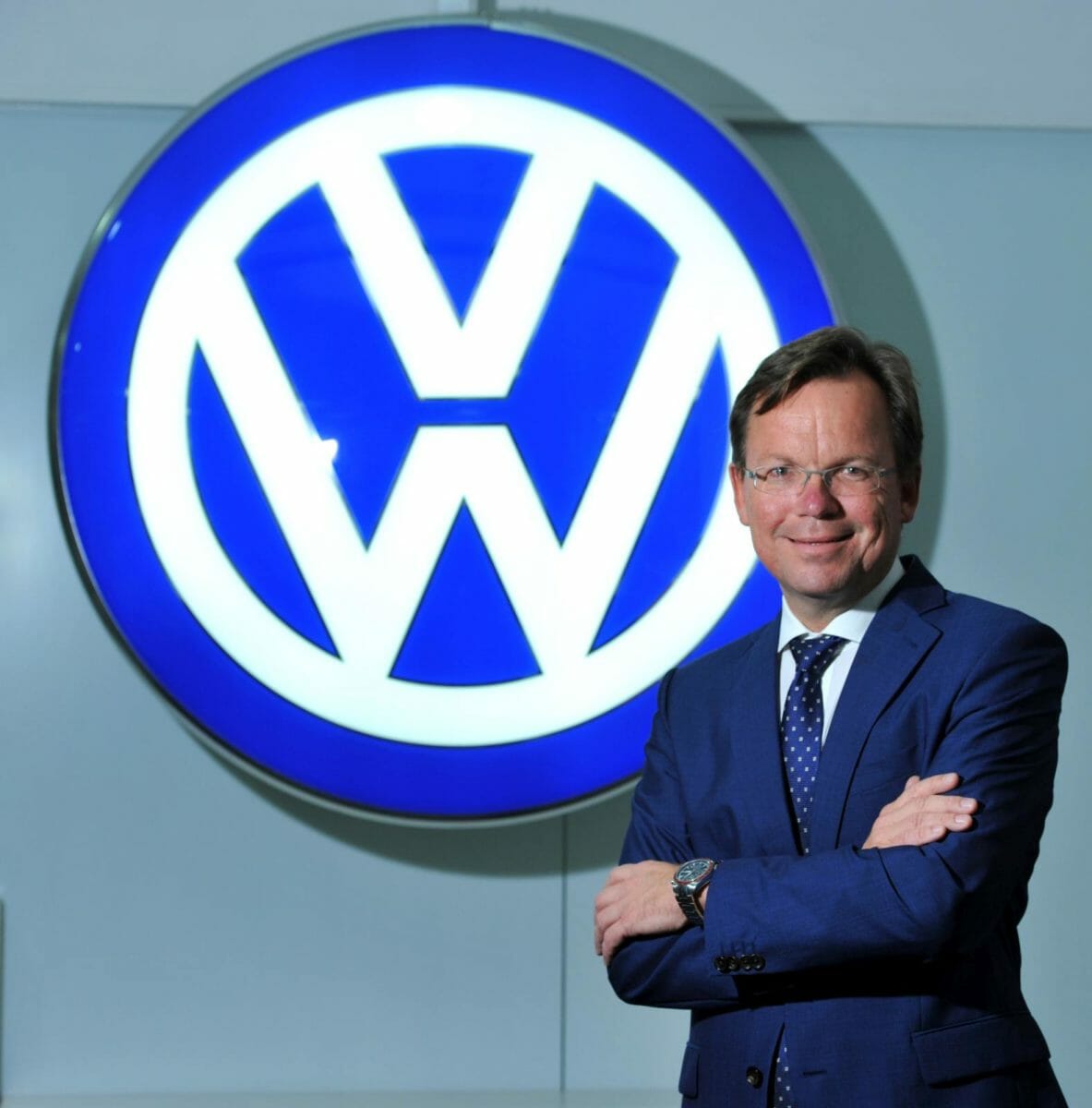 It is the right of the Indian customer to demand the best. Indians are very clever and market-oriented. For us, we need to adapt and offer according to the demand. I have been the world over but never seen such an elaborate customer base. As a company, we have to deliver value for money products which are accessible. Concerns about maintenance cost need to be addressed as India is still a country where a car is a big investment and we have to work on that. Cost of ownership will be brought down even if it takes a hit on our baseline. As immediate measures, we have cut prices by 15%, made a 4-year warranty and roadside assistance standard. But all this is still not enough. We will continue to work on this as a part of our India project 2.0 to further reduce the cost of ownership. In addition, we have to optimise and enhance the sales and service experience at our dealerships. We are on track there and we know what we have to change and what we need to do.

What about upcoming products?

The key to success in India is localisation. We must achieve a unique balance where the customer gets the most value for what he/she pays. For India 2.0 products, we will increase our localisation to 93%, where currently, it stands at 82%. With this, we will also be able to make our products more accessible by optimising the price of entry into the brand.

How will the perception about expensive maintenance cost change?

Change in perception is a matter of talking about it, convincing, and then making it happen for the end-user to perceive. We will involve all parties involved to deliver the message about the change we are working to achieve. This baggage will be not easy to move. So we aren’t waiting for our new India 2.0 strategy to kick in before we can take initiatives which bring the cost of ownership down. We aren’t increasing or reducing the margins of dealers. The immediate reduction in cost is a direct hit on our baseline. But we did it because we need to start and get this done. What helps us is that we are already placed as a premium brand which builds desirable cars and the average car buyer knows this.

What took so long?

When I arrived here, we had no product plan approved. We had to define everything from the ground. So I listened to my people, all the stakeholders involved and collected a lot of data for being a data-driven person. It was a bombardment of numbers and feedback. Once we knew what was to be done, we defined our mission in 2017. With six strategic priorities, each specific to needs of the Indian market, we now have a clear vision for the road ahead. We have been able to make important decisions, but changing the perception is the difficult part and that is what we will be after now. We have developed a plan, financed it, and we are now in the phase of rolling it out.

I think the small diesel-powered cars will go out. For example, three years ago, 50% – 60% of all Polos sold in India were diesel-powered. Currently, 85% of all the Polos sold in India are petrol-powered and the number is growing. This is the end of the road for diesel-powered small cars as customers in this category aren’t driving a lot and in turn, it doesn’t make a strong business case for us. Once the BS-VI norms are in effect, the cost of a small diesel-powered car will go up by nearly 1.5 lakh, which won’t make them value for money products anymore. As an alternative, for small cars in the intermittent phase, CNG could replace diesel as the preferred fuel of choice for fuel-economy driven customers.

What about bigger cars?

Our high-end vehicles are predominantly sold in the big cities in India. Mumbai is our biggest market for the Tiguan. In a city like this, a diesel-powered premium car doesn’t build as strong a case. So the question is, either we offer a petrol engine or continue with petrol and diesel engines together. At the same time, there’s a strategic decision we need to take, where, in 2023, the next level of norms will require carmakers to adhere to a certain amount of Co2 emissions for their fleet. Anything higher than that will attract penalties. So how do we reduce Co2? What are the best technologies? The best technology is diesel! However, the challenge for the industry is to maintain affordability while also equipping the cars with technology which make them cleaner and more efficient. 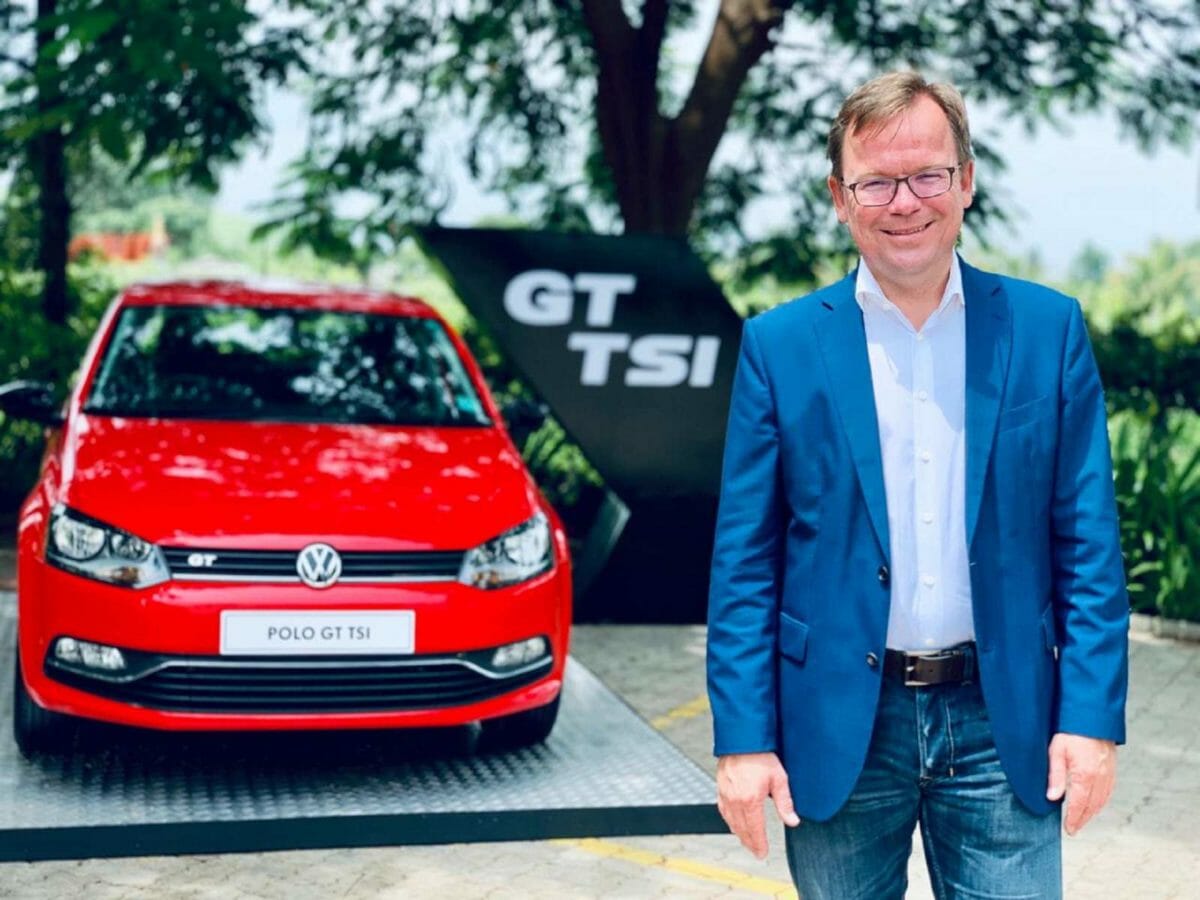 What’s your take on EVs and what’s Volkswagen India’s strategy in the EV space?

VW worldwide is banking a lot on electric cars. We want to sell a million of them to non-millionaires. We want to democratise electrification of vehicles. In the European market, our ID3 is sold at 30,000 Euros, which is the same price as that of a diesel-powered Golf. We want to bring technology to the masses. We are ready, and our electric vehicle platform is so good, even our competitors are using it now.

However, India is a difficult sector for electric vehicles. It is because of the lack of infrastructure and also the provision of energy. Where is the energy to power so many electric cars? 70% of India’s electricity is still generated by Coal-fired plants which definitely isn’t a clean source of energy. However, is the change coming? It definitely is. We, as a company are ready and will achieve the goal of becoming emission-neutral by 2050. We follow the climate treaty of Paris and achieving the goals set according to that is only possible through electrification.

Policy-wise, what’s your wishlist for the Government?

What I wish from the Government is stability in the decisions which are made, as they, in turn, affect us. There needs be a clear focus on the policies which are made. A decisive path forward needs to be carved. There cannot be discussions about Ethanol on one day, about gasoline on the other, and about electrification on the day next. Once the decision has been made, the Government’s approach towards implementation should be holistic. They must consider all the consequences, all the necessities.

What’s Your Take On The Slowdown In the Auto Sector in India?

There is some nervousness within consumers because of the current situation, where big entities, for example, what used to be the country’s biggest private airline, has just shut shop. On the other hand, a holding pattern has set into the mindset due to Bharat Stage norms transition. Many are anticipating discounts, while some are just confused. Adding to that is the rumour about a GST rate cut and a scrappage policy which could be announced. These factors don’t help with stability. However, the hunger for personal mobility still exists within the Indian consumer and we are optimistic that things will change and stabilise. India is purely based on its consumption, on its own market, it’s a self-fulfilling prophecy. It’s amazing, the kind of potential which exists here. I don’t think the country is sleeping, it’s a giant waking up. India will become a really big power and we’re sure about that.