Today, DC Design is successfully peddling India’s first sports car, the Avanti, and our very own, internationally acclaimed design house has come a long way from its humble beginnings. It has been a rather controversial portfolio for DC, with his work coming under the fire for being aesthetically displeasing, but that said, he’s put Indian automotive design on the world map.

Mind you, this man has over 600 original designs to his credit, and some of them have actually come out quite interesting. But the rest don’t quite cut the mustard, at least for people with a little semblance of good taste and aesthetic sense. We accumulate five of his less acknowledged works. There are more, but lets save it for another day. 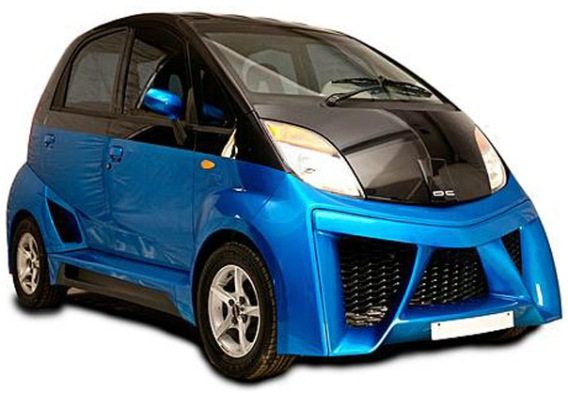 DC’s crack at the Tata Nano looks like somebody dipped the people’s car into a can of bees. With lower bodywork that’s swollen out of its wits, the DC Nano can barely carry itself. The front bumper opens up into a massive air intake that could probably hide a couple of immigrants. That’s fine, but the engine’s at the back.

The rear bumper would have broken the internet long before Kim Kardashian’s bottom did. While the internet fraternity mocks Dan Bilzerian for skipping leg day, DC’s Nano is clearly not, so much so that it needs 15-inch wheels, up from the standard Nano’s 12-inch jobs. 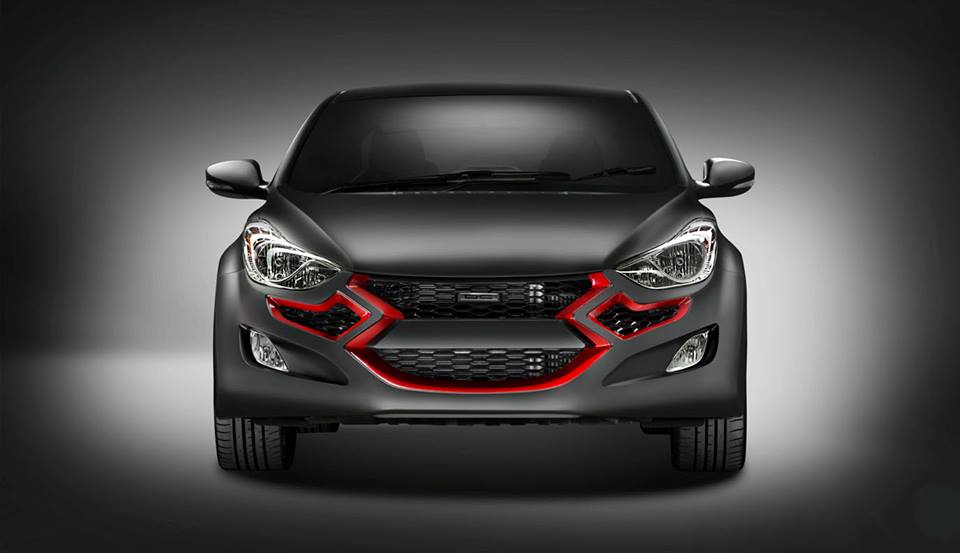 “You know how I got these scars?”

If Joker drove a Hyundai, this would be it. Smeared with red lipstick on a mutilated face, what DC’s Elantra does best is scare little children and cute kittens away. The sides are highlighted with fleshy red inserts, while the interiors are a sea of blood red, making the occupants feel like they’re sitting inside a cow.  The good bits are the nicely chosen wheels and the matte black paintwork. 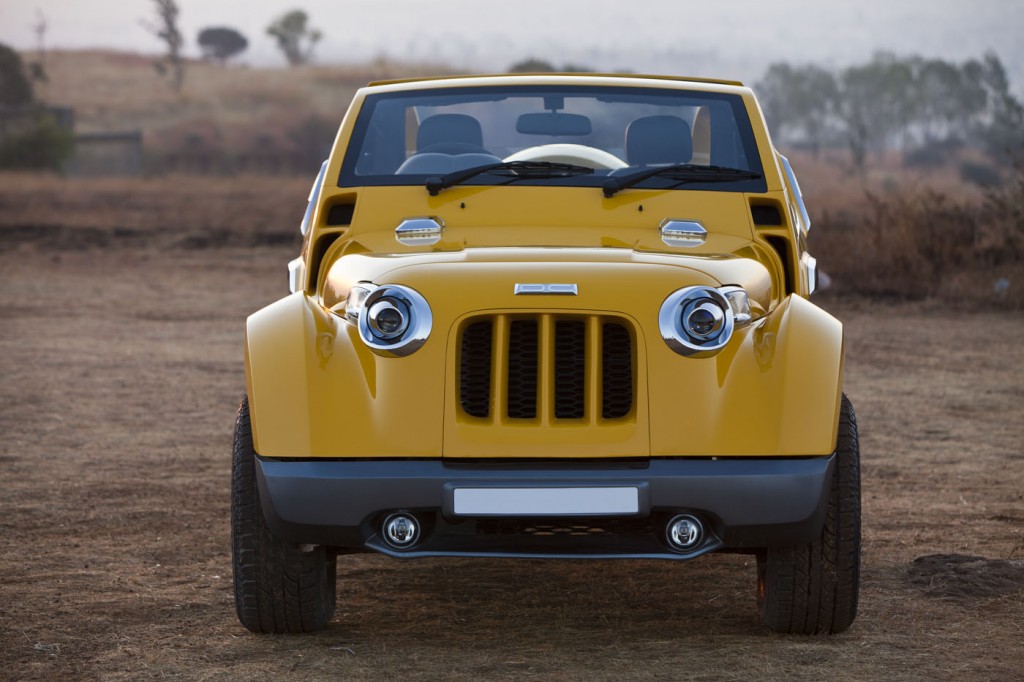 This was once a respectable Mahindra Thar. Now it’s just weird. Through this project, DC envisions the Thar in an urban setting. Well, it doesn’t work. The front looks like somebody held a candle to the Thar’s face, melting away the sides, and just leaving the eyeballs protruding from their sockets. The grille is a baby faced insult to the Jeep’s original, and the less said about the rest of the bodywork, the better.

The interiors are a different story and showcase DC’s expertise in interiors. The Thar’s minimalist cabin has been thoroughly re-trimmed & re-upholstered in black, with an LCD entertainment system and a set of drilled, metal pedals. There’s even a Targa style, detachable roof which can be stowed away in the back. 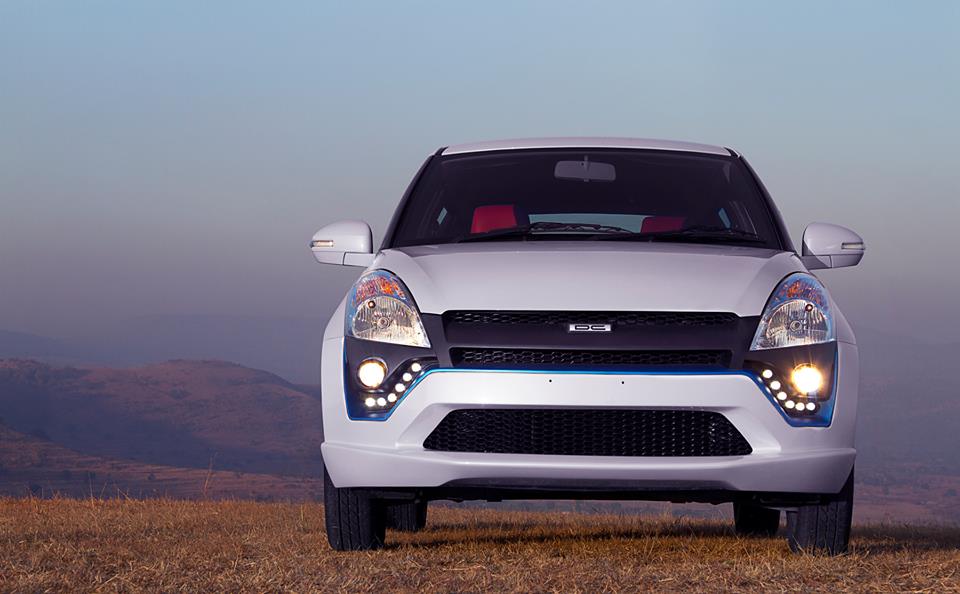 Everybody loves the Swift, and it still looks quite friendly even if you throw a shoddy kit at it. But DC’s Swift has to be different, and ugly. The DC Swift’s front end is jewelled up by pearl-like LED lamps, while the rather forgettable face has a tacky blue highlight running across.

The interiors are a complete whitewash, with the lower half of the dashboard; horn-pad and door pads being eerily finished in white, with a splattering of red lamination inserts here and there. Even the seats have been re-upholstered in white. Sometimes DC thinks he’s M.F. Hussain, and he can get away with anything. 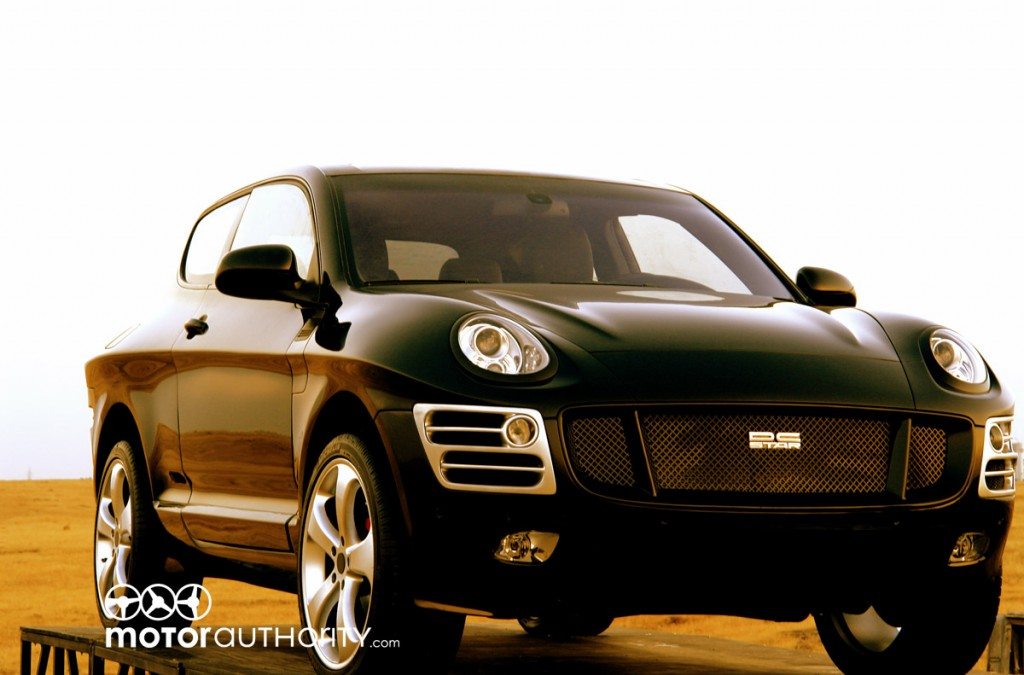 The international motoring fraternity didn’t warm up much to the Cayenne when it was introduced back in 2002. How Porsche proved everybody wrong is a different matter altogether. To fix things, DC went to work on it, and came up with the Star; a re-bodied, first generation Cayenne Turbo S reportedly commissioned by the Sultan of Brunei. It’s actually a two-door conversion without shortening the wheelbase but is embellished with new front and rear lighting (including optics, bezel and lens), as well as new bumpers and grills – DC style.

The interior panels have been trimmed with Alcantara leather, wood and machined aluminium inserts. In the rear, there’s a new centre console with embedded Mac Mini and a 15” display. Though this isn’t an India specific kit and is slightly exotic than the rest, caught our eyes (wish it hadn’t) nonetheless.