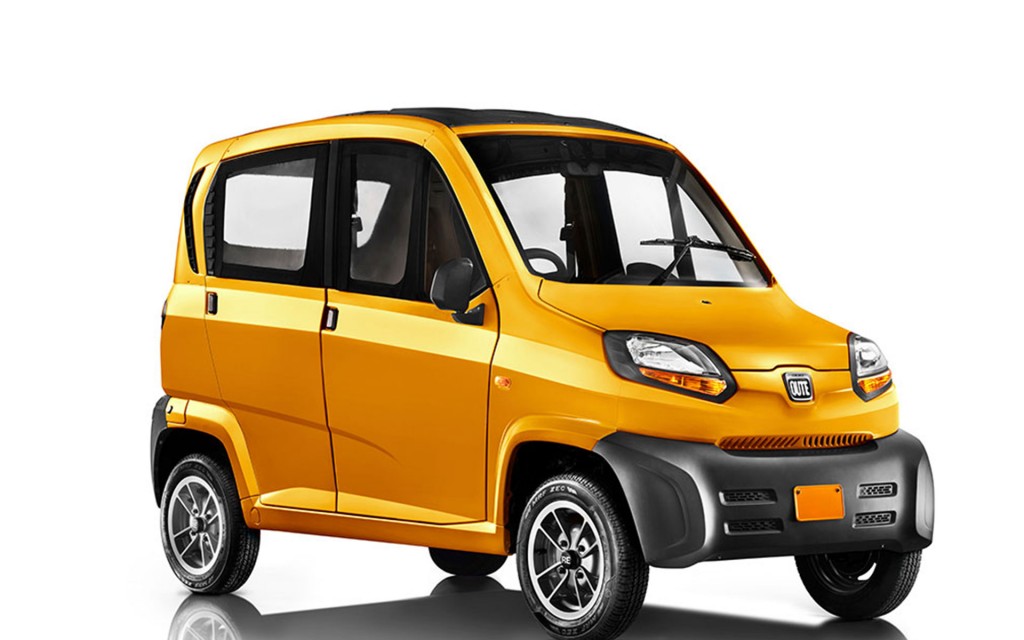 The Bajaj RE60 ‘Qute’ has been sitting in the pavilion for four long years, waiting for its turn for a debut on its home ground. The very first news of the Qute (then called the RE60) that we updated on our portal was from the year 2012. The news piece was about the ‘Quadricycle’ being spotted testing on Mumbai roads. The vehicle was unveiled in January of 2012, and since then an official launch is being anticipated, as it seems to be a promising contender, or shall we say a game changer as far as affordable on road public transportation goes. Days passed by, the RE60 got a new name – Qute; and the vehicle was spotted over and over again doing rounds during its public road test. Every passing season brought new launch dates, but the Qute could never find a way to the showrooms. 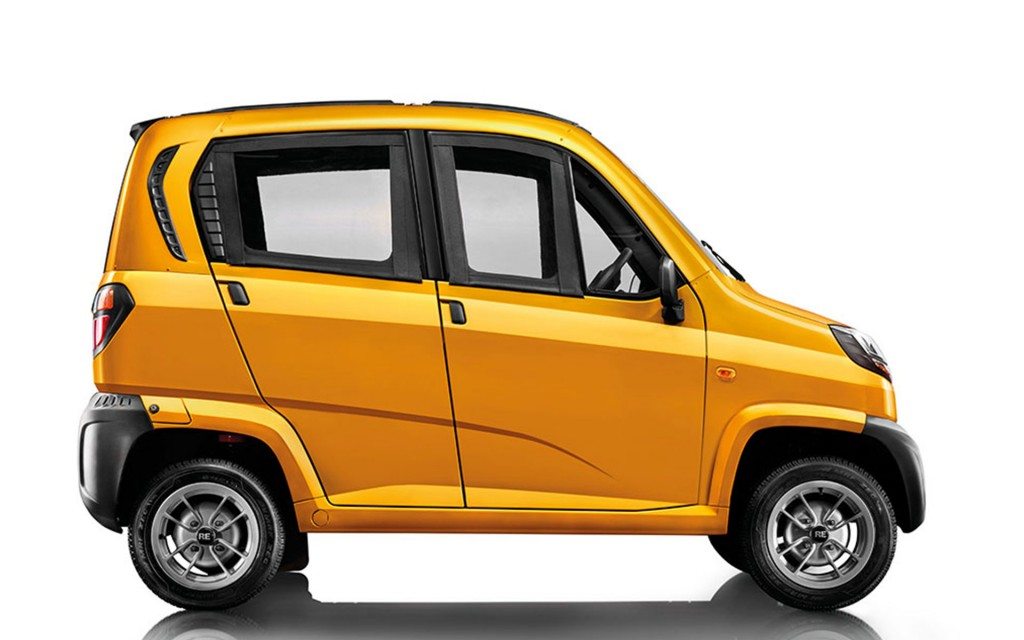 Since its inception, the Qute, or the idea of it,hasn’t been encouraged by the Indian judicial system, and the automotive community. The Qute sees a lot of opposition from competitors because of many reasons like fear of losing business. Other controversies revolving around the Qute include the questionable safety of the vehicle, and also the concern of auto drivers losing their jobs.These are in line with the vested interests of the competitors as these concerns are unfounded. The Qute is in fact one of the safest vehicles in its category.

After successfully receiving the ‘Quadricycle’ classification by the Central Government of India in 2013 the Qute is still opposed by many voices that think it is not a safe vehicle. While the sceptics have been blowing the whistle, the Qute is marching ahead to prove itself worthy on various levels. Interestingly, the Bajaj Qute meets the toughest European quadricycle norms and has received approval by the European WVTA (Whole Vehicle Type Approval) certification too. Sixteen countries including Turkey, Indonesia, Sri Lanka, Thailand, Bangladesh, Kenya, Peru and Ecuador have adopted and allowed the quadricycle to run on roads. 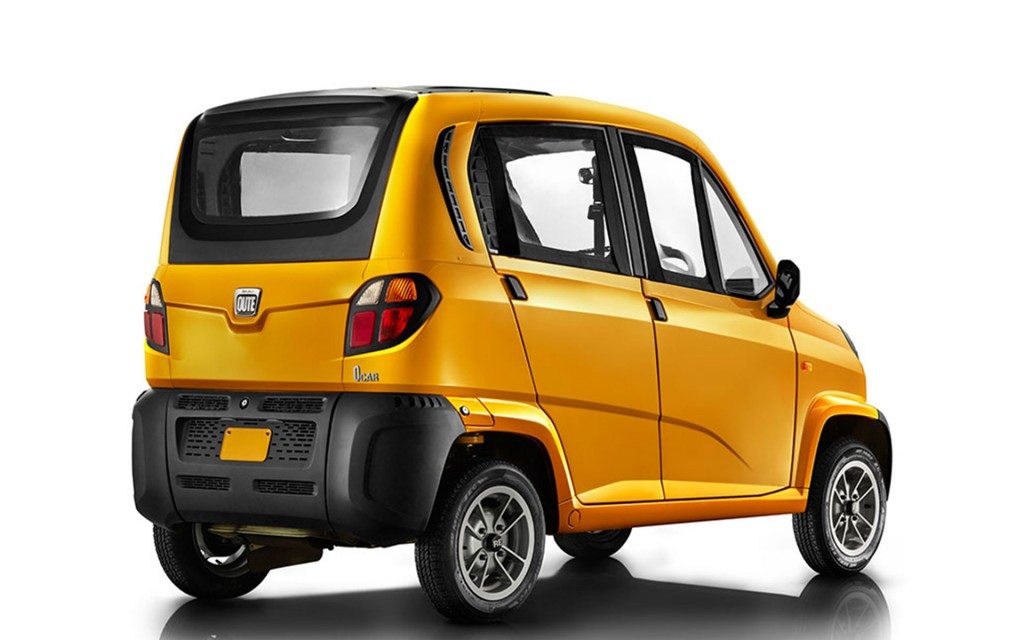 Bajaj claims that the Qute provides solutions for almost every problem an everyday Indian traveller faces. It is being touted as a much improved version of a 3-wheeler, one that is safer and less polluting compared to 4-wheeled taxis, as well offering a more practical solution when it comes to intra-city commutes. For starters, its compact size and nimble structure will make life easier on narrow and congested urban roads, while a small turning radius of 3.5 meters is sure to make the Qute highly manoeuvrable. To put it in numbers, the diminutive Qute is all of 2752 mm in length, and just 1312 mm wide, while wheel base stands at a respectable 1925 mm, and so does the height of 1652 mm.

The Qute’s optimal weight of 450 kg (37% lighter than the smallest car in the market), strong body structure and a restricted speed of 70 kmph not only provide safety for its occupants but also to the people around it. In terms of safety, the Qute further features powerful brakes and doors with latches. In addition, the Qute’s light weight also make it the greenest 4-wheeler with carbon emission as low as 66 gm/km, a relatively low proportion of CO2 in comparison to any other 4-wheeler on Indian roads. 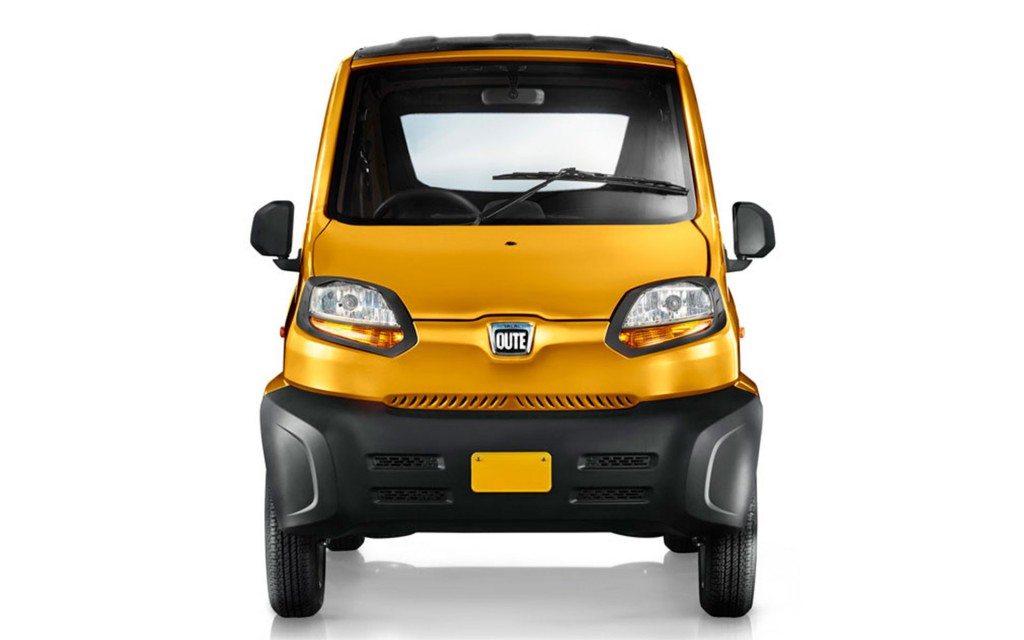 The Bajaj Qute is powered by a 216.6cc CNG/LPG engine that employs Bajaj’s patented Digital Triple Spark ignition system (DTS-i )and is goodfor 13BHP. The power is pushed to the wheels by a 5-speed sequential shift gearbox.It also features a rigid suspension setup, ergonomic seats, decent legroom and luggage space. Lastly all of the above mentioned features and characteristics are backed by a claimed fuel efficiency of 36 km per litre of petrol; the highest for any 4-wheeler on sale in India.

Since Qute is designed as an upgrade of the three-wheeler, Bajaj plans to offer the quadricycle as commercial vehicle only, thus providing three-wheeler drivers an opportunity to upgrade to Qute. The quadricycle is a new vehicle category, it is expected to attract new drivers, and hence create more job opportunities. From all angles, Qute seems to be a smart move to overcome the traffic issues of Indian cities, yet, it is not being allowed to ply on Indian roads by the judiciary. We hope that the Qute’s time will come soon.

To voice your opinion on this matter, visit