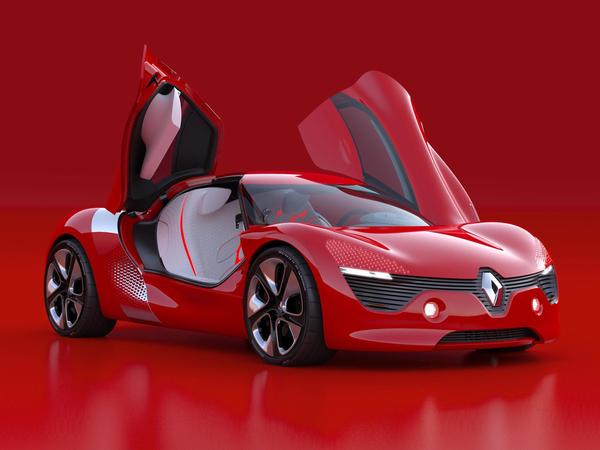 At a time when the car scene in India was revving up with an arsenal of new brands making to the country, Renault teamed up with Mahindra to introduce the Logan sedan. Sometime back, the aforementioned manufacturers saw a divorce and the Logan is now in the hands of Mahindra. The sedan was rechristened as the Verito and has managed to become a popular cab. Don’t get me wrong, the car is far from being flawed but back when the name Renault surfaced in the market, people had higher expectations from the brand. The first Indian car from the manufacturers of the exciting Megane turned to be bland and boring on the design point of view.

Post separation, we saw some French flair with the introduction of Fluence. The D segment car sure helped in doing away with the Logan’s mundane styling. The Fluence boasted of a design that sure caught many eye balls. Recently, we talked in detail about the Renault Pulse hatchback. The brand image sure is getting better and better, albeit, gradually. We have decided to have a look at Renault’s show stopper in the Auto Expo – Renault DeZir.

The car had a magnetic presence in the Expo and the crowds were nothing short of being awestruck by the beauty on four wheels. It’s not often that we see great Concept cars in India and that probably explains the reason behind people looking at it like it as if they had a rendezvous with an alien space vessel. The car was truly a treat for the eyes. Renault says this car is to portray their brand’s new lean towards more emotional styling. The fact that it is an electric car will please the environmentalists and fits into our fantasy future world. They say the design strategy was founded on the notion of ‘the life cycle’. The car is to convey Renault’s vision of falling in love. 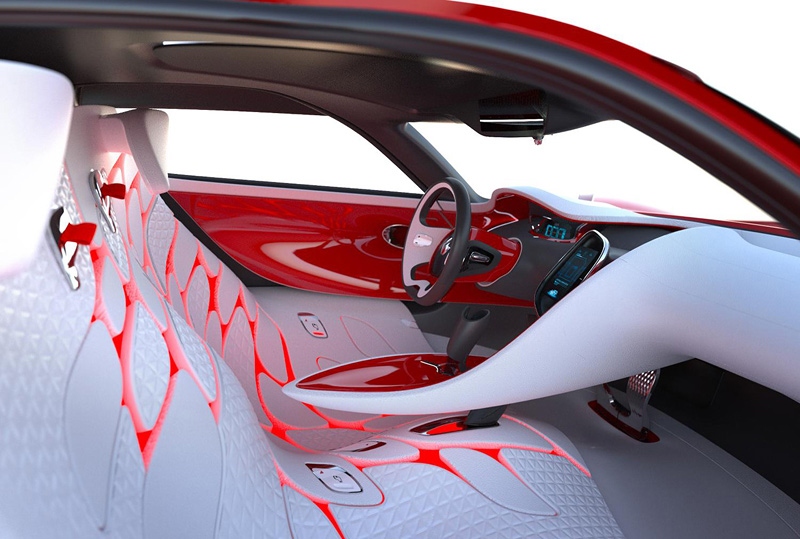 DeZir is a two-seater electric coupe which communicates simplicity with artistic sensuality. The DeZir project was led by Laurens van den Acker. The bright passion red paint job on car attracts you from a distance at first and as you get closer you notice the stunning butterfly doors. You are in awe before you even get close enough to stand in front of it. It has seductive surfaces and drool worthy wheels. The 21 inches of sculpted metal looks like it belongs to some modern art museum. The most prominent feature has to be positive bulges that they have on the sides. These help in amplifying the car’s beauty. For a car designer/stylist, playing with light and shadows to create such a perfect surface is not an easy task. We take our hats off to Yann Jarsalle who happens to be in charge of the exterior design. The front, yet again, is a hypnotic affair with well balanced colors that complement each other. It has a wide air intake that spreads across the front end. And bang in the centre of the front fascia stands the crown jewel – Renault insignia. The color contrasts really help the badge to visually pop out from a darker surface behind it.

Inside the DeZir, you find a more subtle art, and in the words of Renault-“more lightness”. The head of interior styling Stéphane Maïore,said, ”Love is a sentiment that lifts you, gives you wings” Inside the DeZir is a calm shade of white with red LED patterns that take some cues from the exterior to maintain the balance and harmony. Another team member said that you feel like you are floating on a cloud inside this car. The overall forms and surfaces are soft and light and make the occupants attain some peace. Don’t be deceived, the feeling of ‘lightness’ is far from being cheap in feel. The two-seater car has a sort of amalgam of twin captain seats and single bench for both the passengers and this provides cocoon like comfort.

You know how some cars are called the bad boys and the mean machines, well on the design aspect this car is as far from them as it possibly can. You won’t want to use the words like Killer, Monster or Aggressive for this one. It sure leaves you speechless but if there are any words that you can quirk out before you fall into a frenzy, they would have to be simple’,’sensuous’ and ‘warm’.

For all those performance freaks, this electric goddess has the motor mounted in a mid-rear position to optimize weight distribution over the front and rear wheels. The vertically-mounted 24kWh lithium-ion battery is located behind the seat and provides the car with a range of 160kms. It’s low on weight and body is made out of Kevlar (the stuff they make bullet proof jackets out of). It’s frame and suspension are similar to a Megane Trophy race car with a tubular steel frame and a double wishbone suspension which means handling will be very good. This is one of those future car gems people. The only way you can experience this car and the world it belongs to is when you stand in front of it. ­