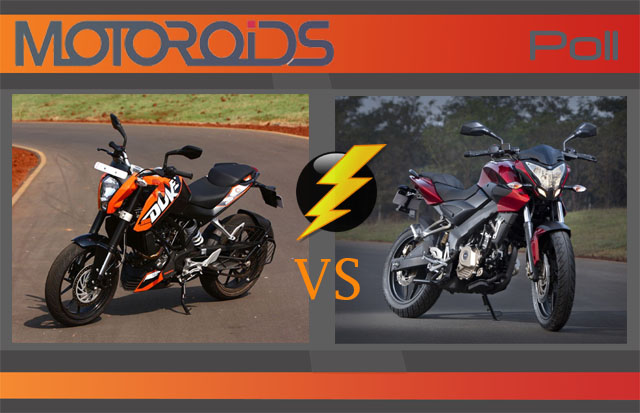 With yesterday’s launch of the new Pulsar 200NS, bikers around the country are dazzled and awestruck. The looks of the bike are above what we were expecting from Bajaj and the tech specs are quite impressive as well. It was a little disappointing to find out that the motor was only 200 cc in size but it is stronger, lighter and more powerful than the current Pulsar 220, hence, we have no reason to complain. Before this unveiling of the new Pulsar, there emerged a lot of hype over the KTM 200 (launched by Bajaj).Now, with the launch of Pulsar 200, the premium segment is going to see a fiery competition. So far, we haven’t tested either of these bikes (though, we can’t wait to get our hands on these) and thus, here is what we came up with after comparing the specifications and other data.

KTM,  an Austrian brand, has a world wide popularity. They are renowned for their off road and  enduro/adventure tourers.  Bajaj with its Pulsar line-up has been dominating the market since more than a decade. Pulsars are letting the folks at Bajaj laugh all the way to bank as Indian youngsters crave for speed and raw power. Also, the Pulsar got popular as the ‘coolest’ stunt bike, all thanks to T.V show – ‘PULSAR MTV – Stuntmania’.

Now both these bikes have a displacement of 200cc and almost similar power and speed figures. However, the pricing should be the factor that will separates these two hot newcomers. 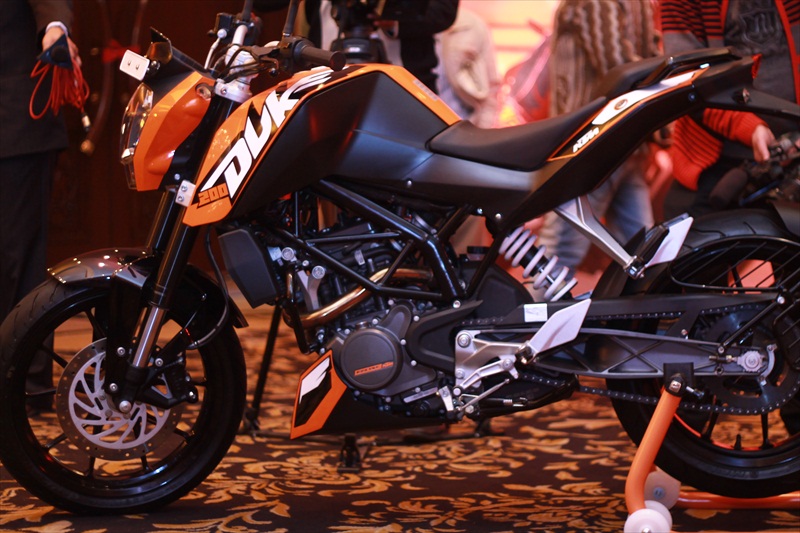 Its lean, its aggressive and then, it’s a KTM. Draped in trademark KTM trademark shades – black and orange, the sharp angles and steep creases make this modern naked bike stand out from the crowd of quarter faired ‘premium’ bikes. KTM has a ‘ready to race’ tag and this bike should live upto it. 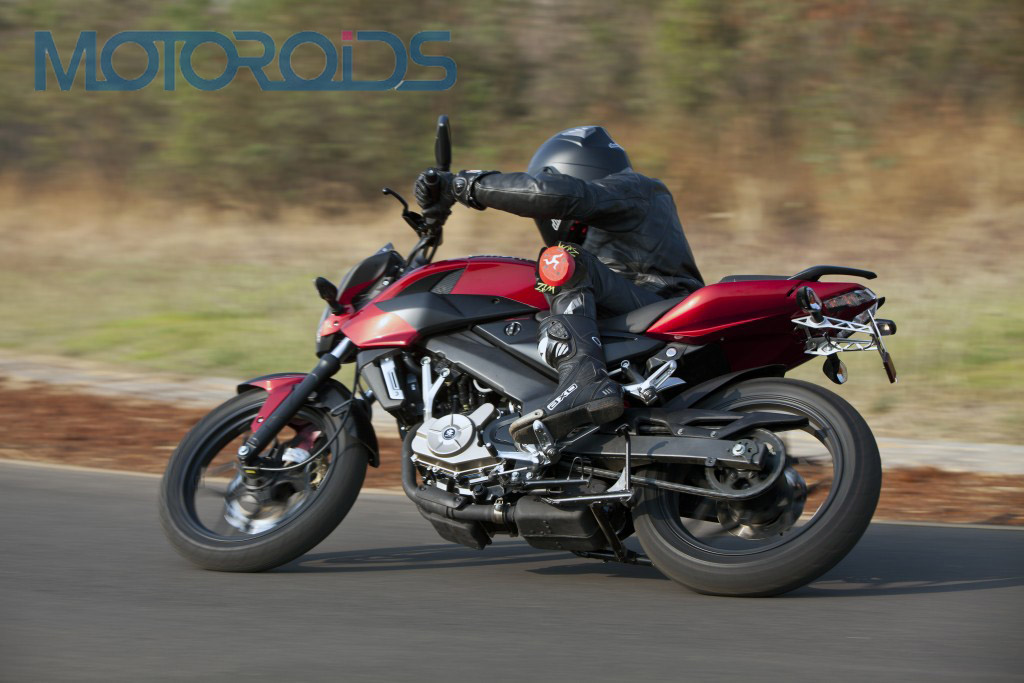 The new Pulsar is edgy, futuristic, mean, sharp and whatever other adjectives you might want to use to describe this 200 cc bike that looks nothing like a standard Indian motorcycle. The bike comes dressed in a two tone color scheme with gloss and standard matte black. This bike has paved way for the street fighter segment in India and has brought in a package that is just too good to be sold for under a lakh. Did we just tell you that Bajaj has confirmed that the pricing will be under Rs.1 lakh? It may be noted that the new Pulsar does not share parts with the KTM as speculated.

When comparing the important technical aspects of these two bikes, we realized that this was a very close competition and the Pulsar might eat into the sales of the KTM. 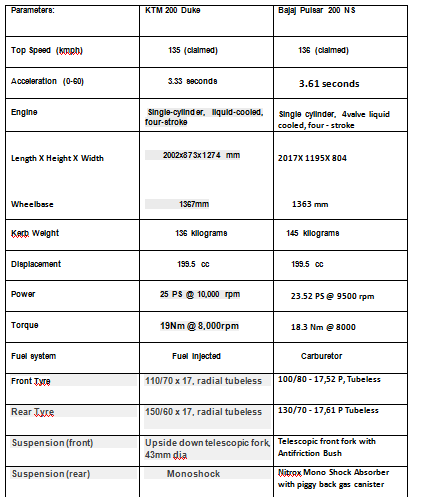 You’ve seen the specs and the bikes. Like we mentioned above, the pricing is a decisive factor. It is definitely going to confuse the new buyers who have been waiting and saving for these two radical machines. Our message to them, “think about what your exact needs are from the bike and then choose which ever fits in more appropriately”.  For us, it doesn’t really matter which bike sells more. We are just happy that these two game changers are going to roll on the Indian roads and set the standards high for all competitors.