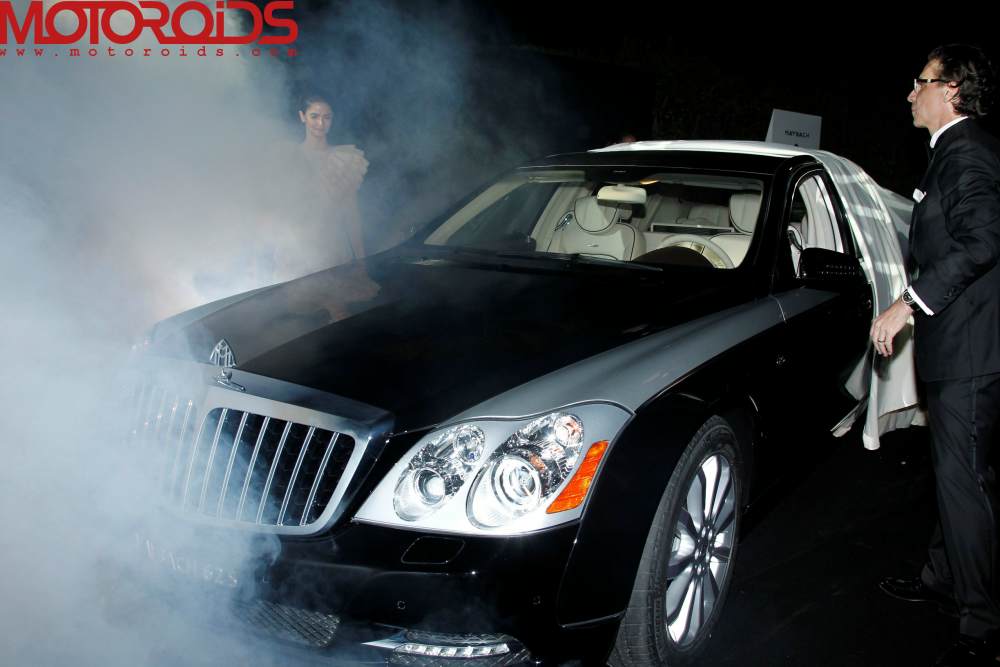 German Maybach teamed up with Swiss jeweler and watchmaker de Grisogono to present one of the most dazzling highlights of this year’s Cannes Film Festival. The two companies gave the world a diamond studded Maybach 62S which was ceremonially unveiled at the de Girsogno Party during the film festival. The unveiling also marked the launch of the ‘Maybach Individualization of the Maybach by Grisogono’ Project.

The model shown at the Cannes Film festival had diamonds studded on the rear armrest only. However, plenty more stars will twinkle in the car’s cabin when it goes to Dubai International Motor Show later this year. de Grisogono and Maybach are currently looking at further options for individualizing the interior with diamonds and other gemstones – on the steering wheel, shift lever or seats, for example.

The Maybach 62S Saloon studded with precious-carat diamonds was unveiled to a gathering of around 1,000 guests from the international jet set, film industry and show business.

Don’t ask the price, as there have been no mentions. However, we are sure it would be enough to make even some of the highest and mightiest in the world to quiver and pass bidding, if ever this car is auctioned.

Watch this space; we’ll bring you more updates when the fully embellished car is introduced later this year in Dubai