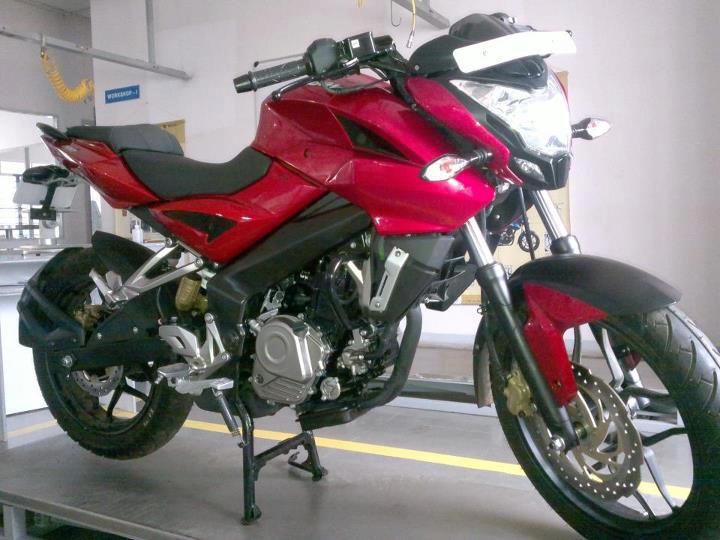 Back in 2001, the Pulsar twins started a revolution of sorts. The advent of Brand Pulsar pioneered the democratization of performance biking, offering affordable motorcycles which were not mere commuters. 10 years on, Brand Pulsar, as we know it today has an unparalleled Indian fan base. So the big question that I ask myself as I begin writing this post is, will the new Pulsar, that we tested about 3 months back, be able to do justice to the to its celebrated lineage? Does it have enough substance to snatch buyers from Yamaha R15? Would it be able to carry forward its predecessor’s legacy into an era where Indian biking seems to have finally come of age? The stakes are much higher now than ever before. The Indian biking enthusiast buying into the Pulsar segment has a bigger pocket, and far more options. So does the new Pulsar sustain its relevance as strongly as it did ten years back and throughout the course of its existence? These questions will be answered only in due course of time. However, the news here is that the eagerly awaited bike has reached some of the Bajaj dealerships. The image here shows the 200NS on display at the Delhi dealership and it indicates that Bajaj is very near to launching this bike. It may be noted that Bajaj told us that it will be announcing the launch of a new bike at Delhi on 14 this month and we were earlier quite sure that it would be the new Pulsar. However, it has emerged that the new Discover will be launched on 14th. A safe assumption from us is that the price of the 200 NS will be announced during the unveiling of the new gen Disco. it may also be noted that Mr. Rajiv Bajaj had promised a sub INR 1 lakh price for this bike and if Bajaj stays true to its word, we expect the new bike to give a lot of sleepless nights to rivals.

PS- The bike seen at the dealer had a few visual changes compared to the model we had tested at Bajaj’s Chakan facility. The bike here doesn’t sports the matt black finish on the side panels and instead opts for a body colour paint finish. This little change makes the bike a little more matured in our opinion but many are saying that version seen at the unveiling looked more sporty. Also strange is the fact that the Triple Spark sticker is missing from the engine cover. From what our sources tell, these little changes seen here won’t make it to the version that goes on sale in a few days.