Style Biking in association with The Times of India organized a stunt show at the Auto Mall 2010 which commenced at Bandra Kurla Complex, Mumbai. Style Biking was started by Adil who is an ace stunter and has made his name and fame through India’s first Stunt Reality show called MTV Stunt Mania. The group consists of most of the Stunt Mania stunters in addition to many more talented stunters. 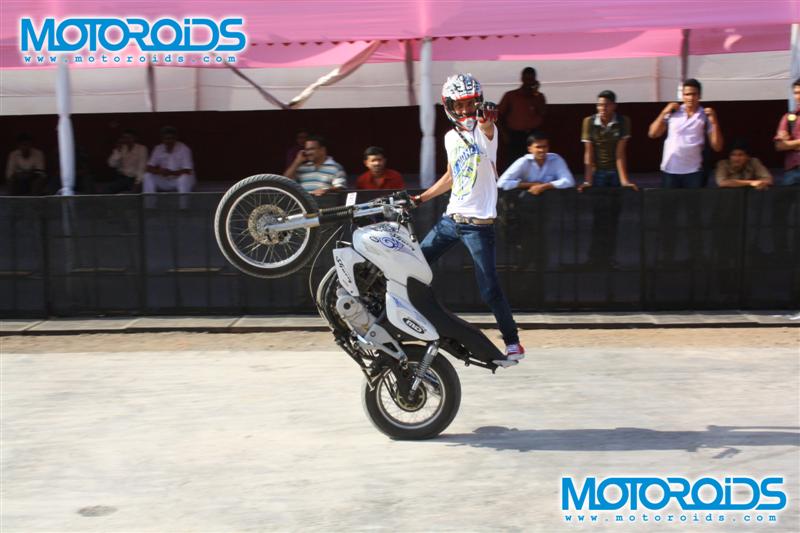 Shariq from Bhopal points straight to the shutter…err..with his front wheel in the air…

Amongst the popular stunters were Adil, Javed, Smitha, Umair and Softy who were part of the reality show. The show took place on a long strip of concrete set up which was specially made for the stunters. Long wheelies, stoppies, burn outs and many more stunts were part of the stunting menu. Green stunting (stunting on bi-cycles) was also part of the show. To end the show, four lucky spectators got the chance to ride pillion with the talented stunters. 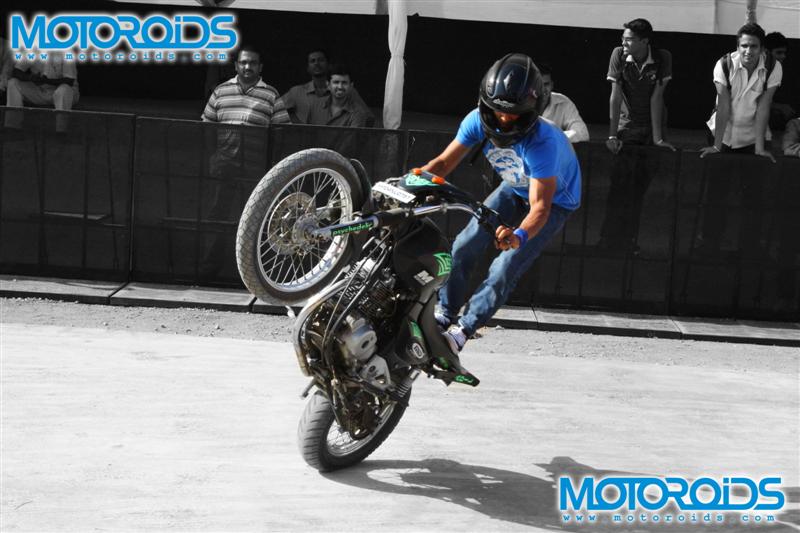 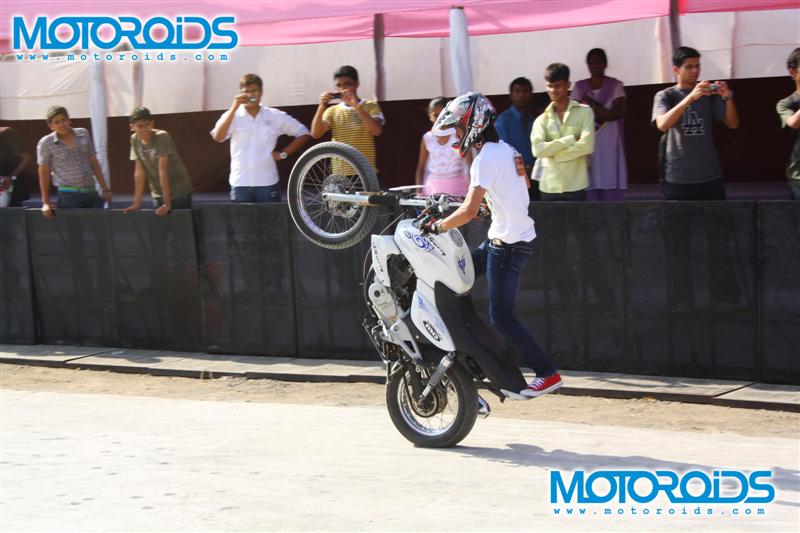 Shariq again displays his extensive love for riding on his rear wheel. 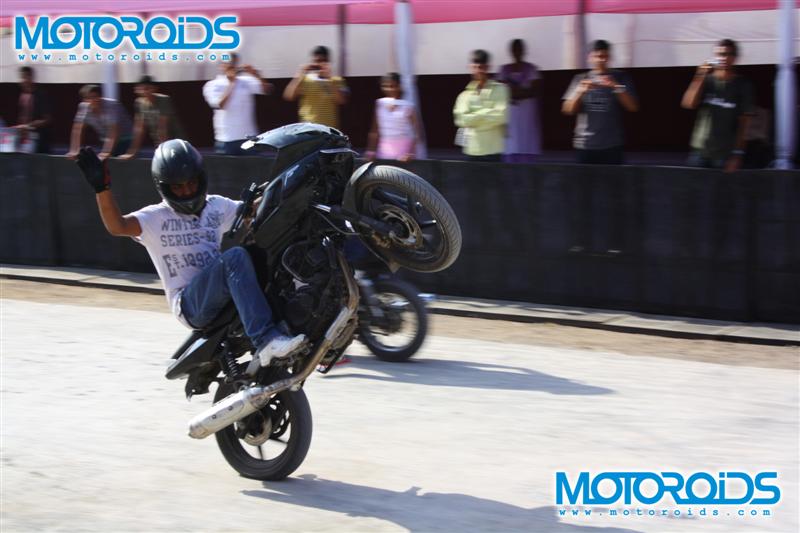 Javed on his faired Pulsar 220 DTSi 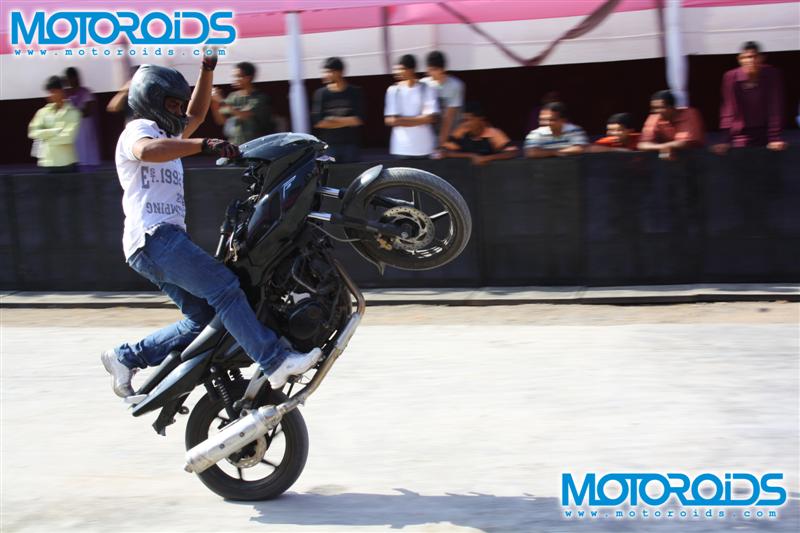 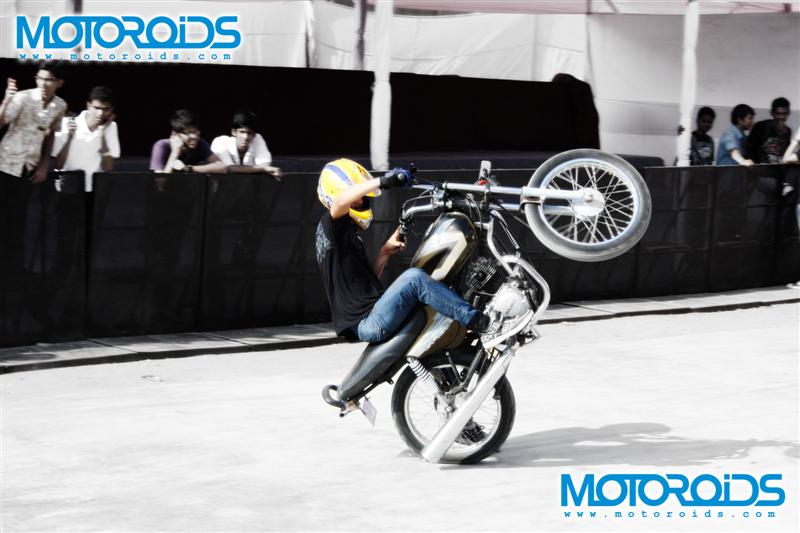 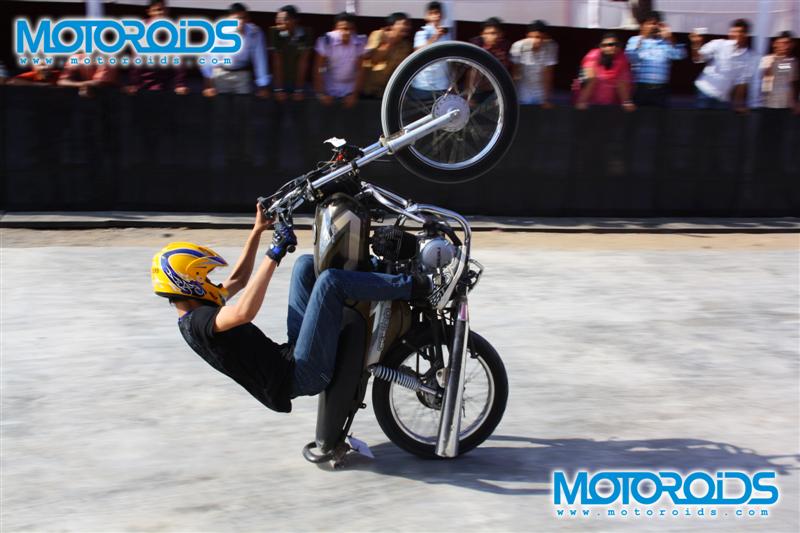 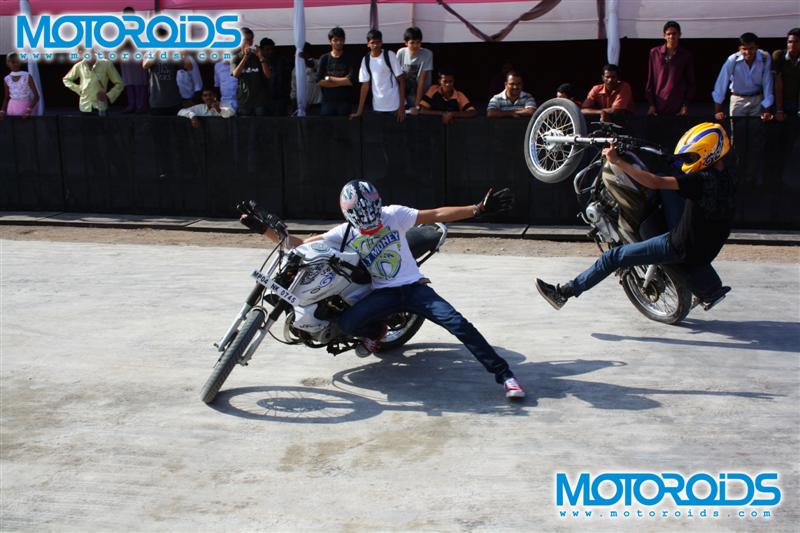 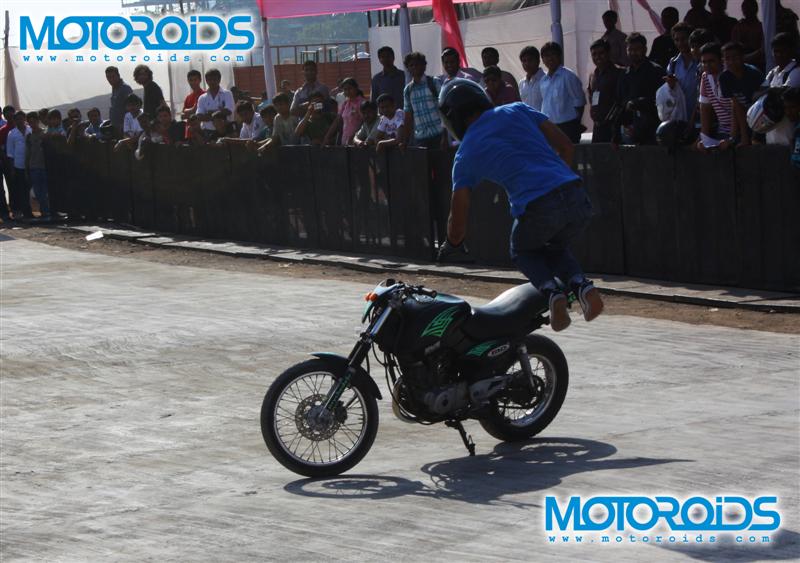 Adil mid way in the air after getting his bike still on the side stand in a split second! 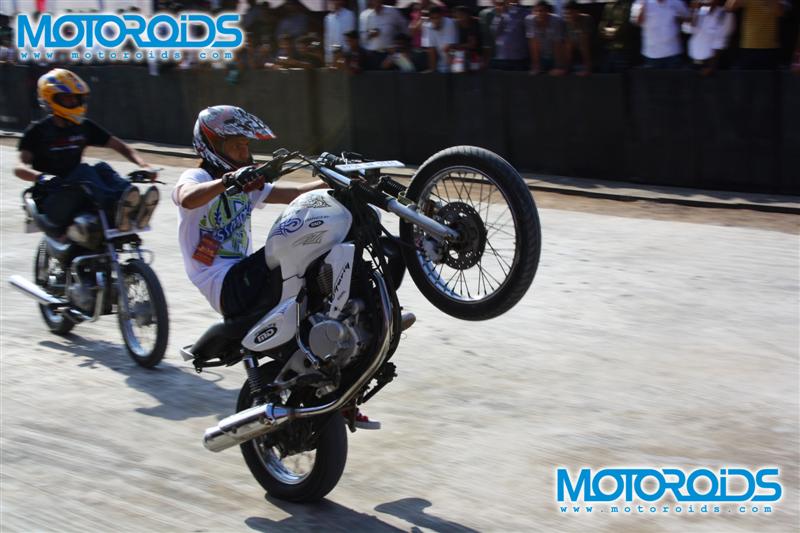 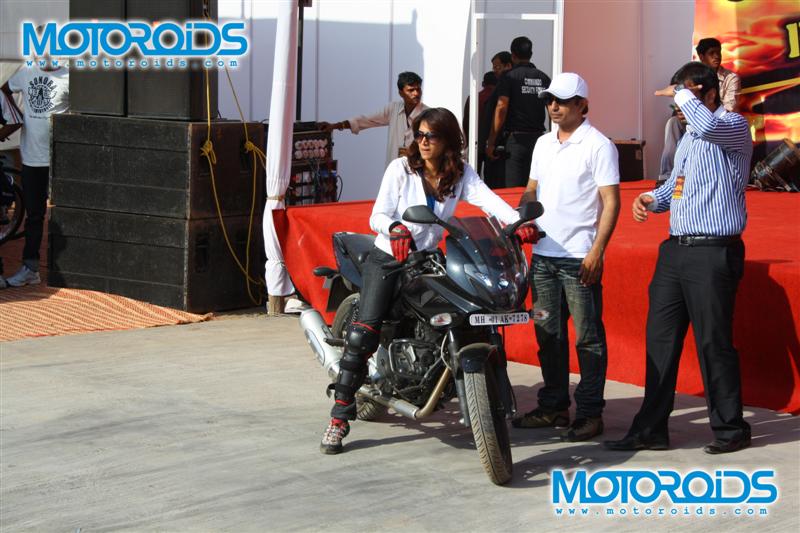 Smitha all ready to set the ramp on ‘hot hot’ fire! 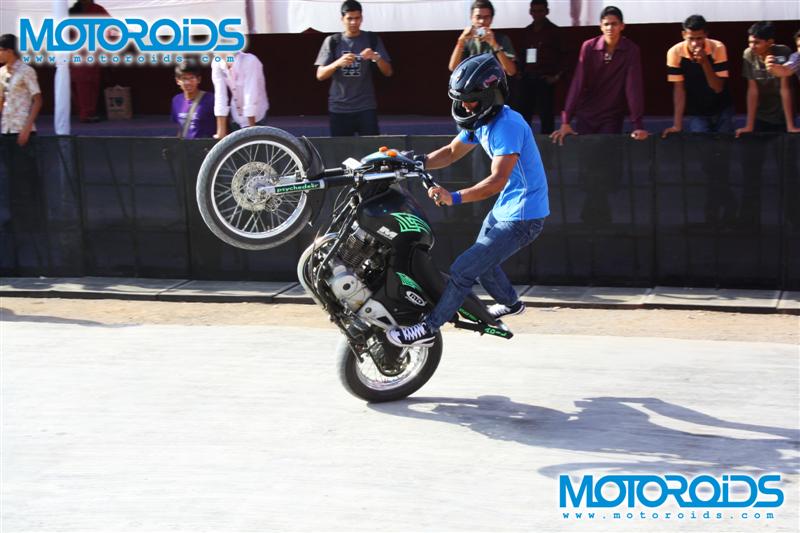 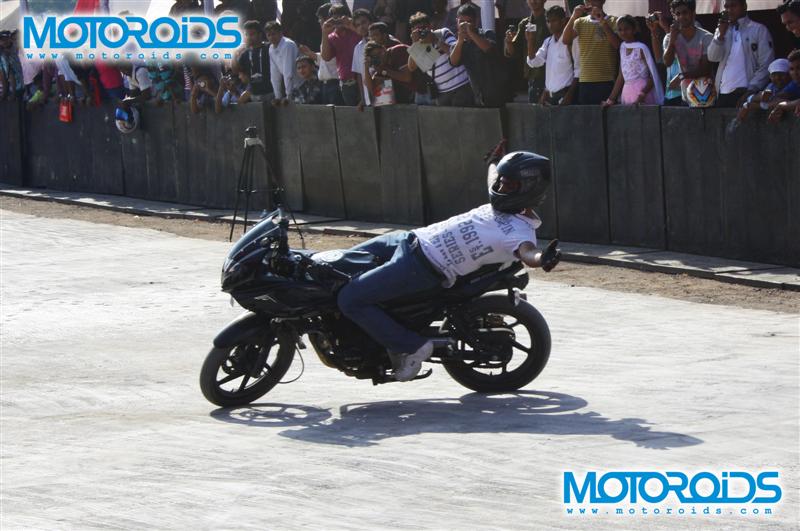 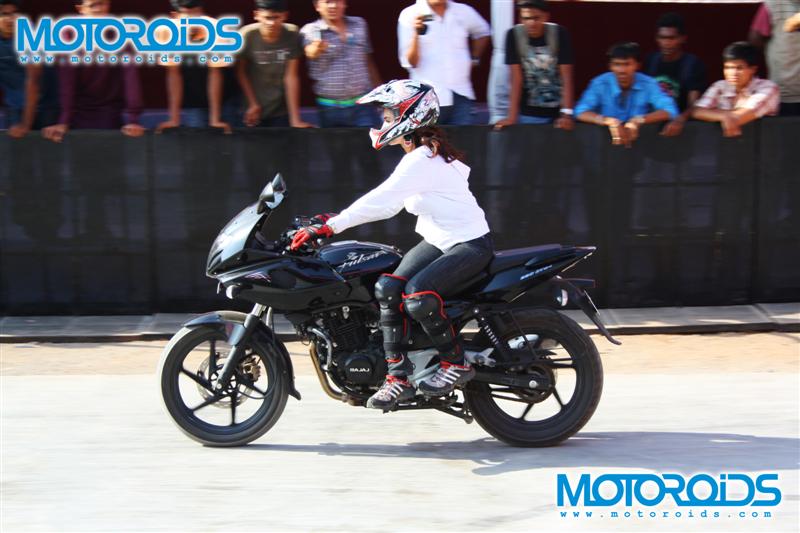 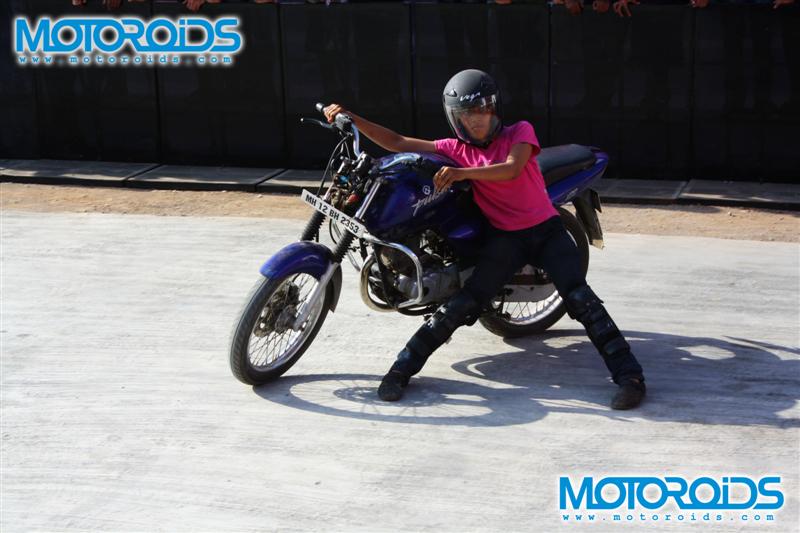 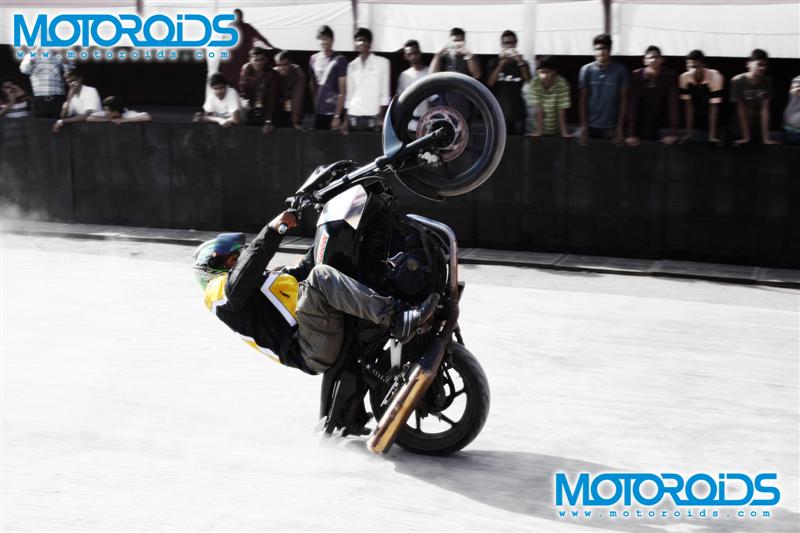 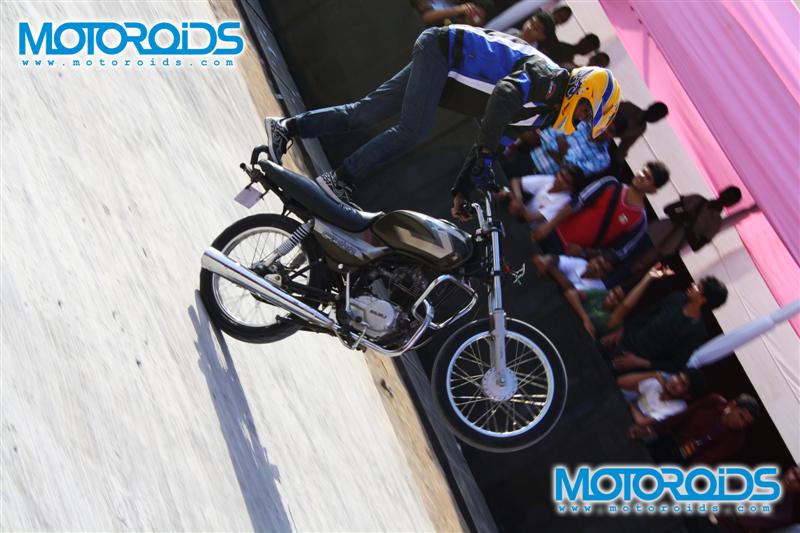 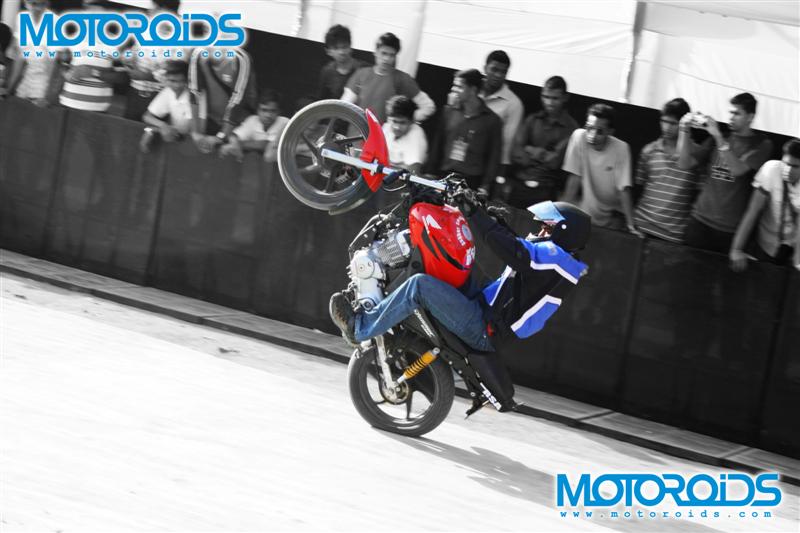 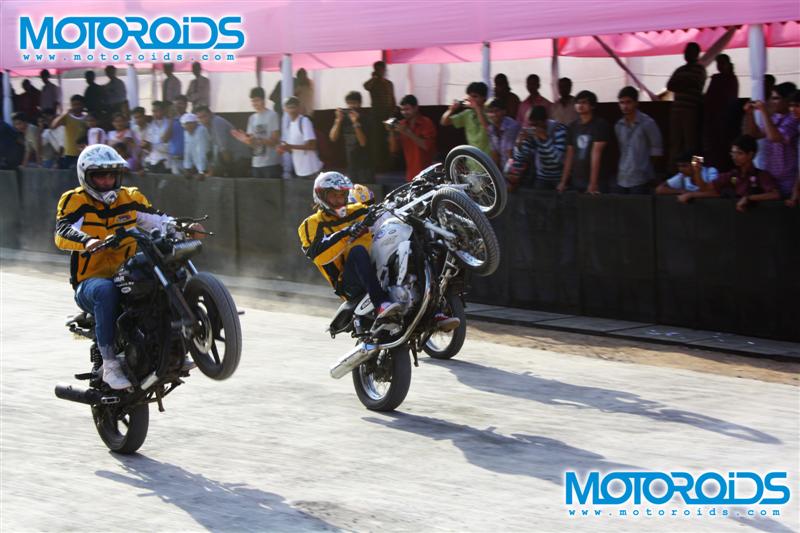 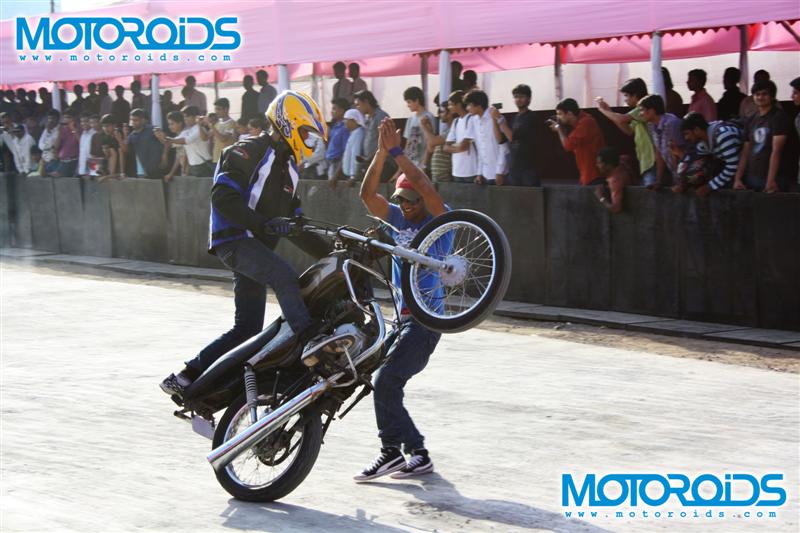 Adil dances with the DJ beats…or with the screeching tyres and revving engines? 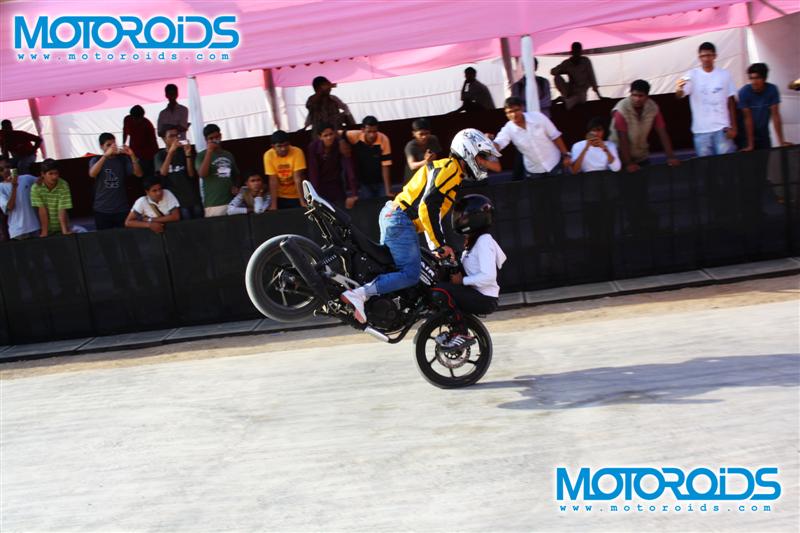 Here comes Umair with Smitha seated on a customized seat in place of the head light, performing a stoppie! 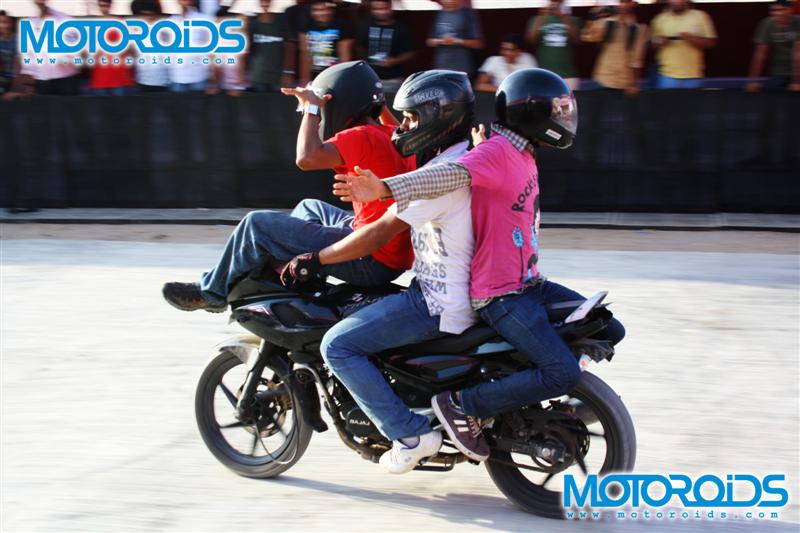 this reminds me of Swades…but rather a more funny one! 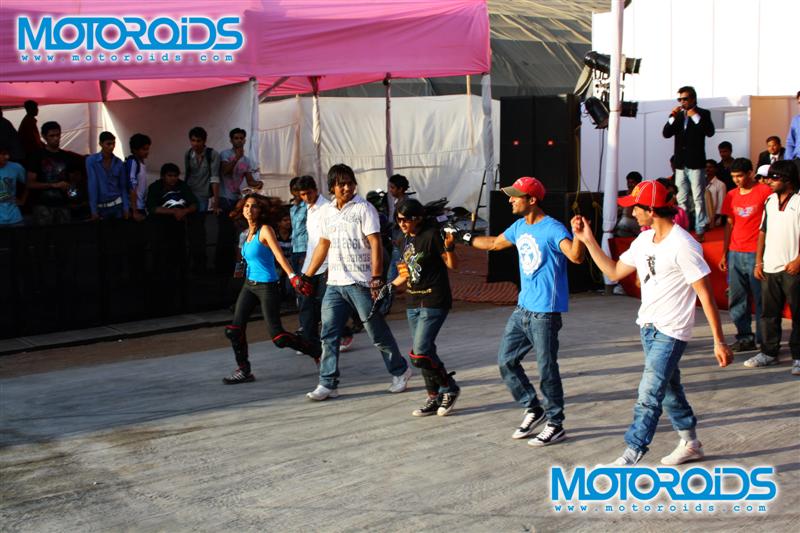 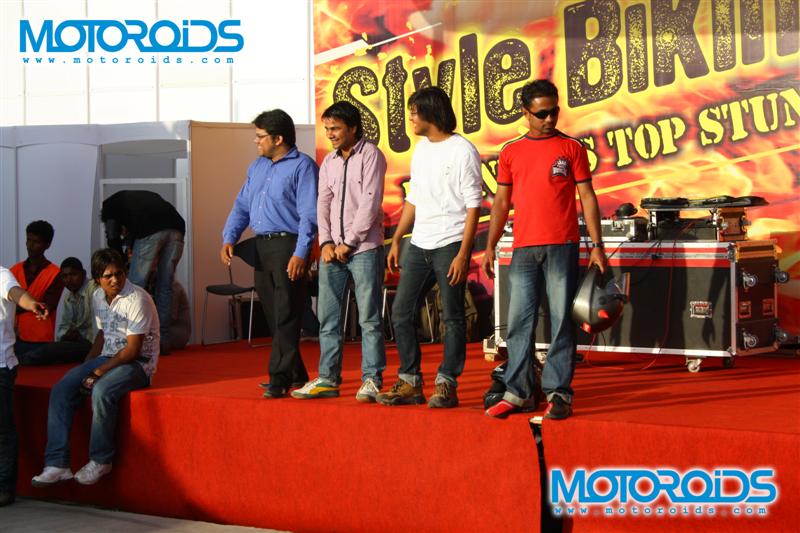 The four lucky winners who got to ride behind the stunters. 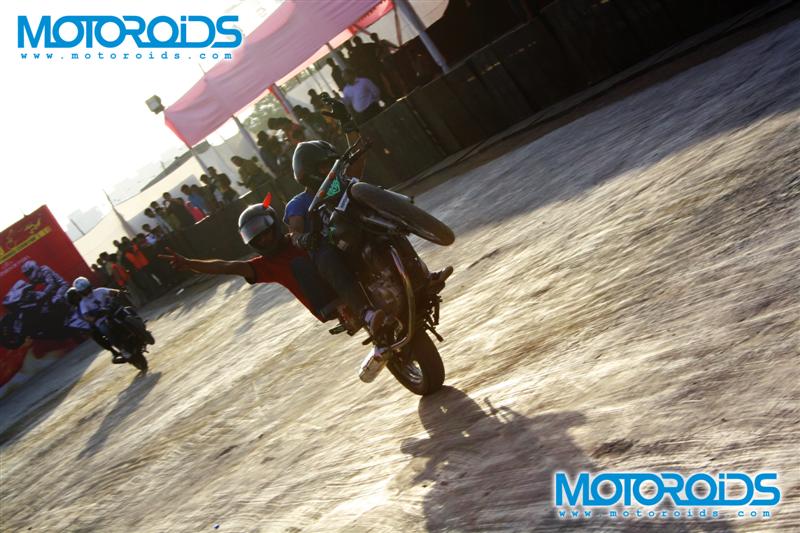 Adil with a single horned Devil? 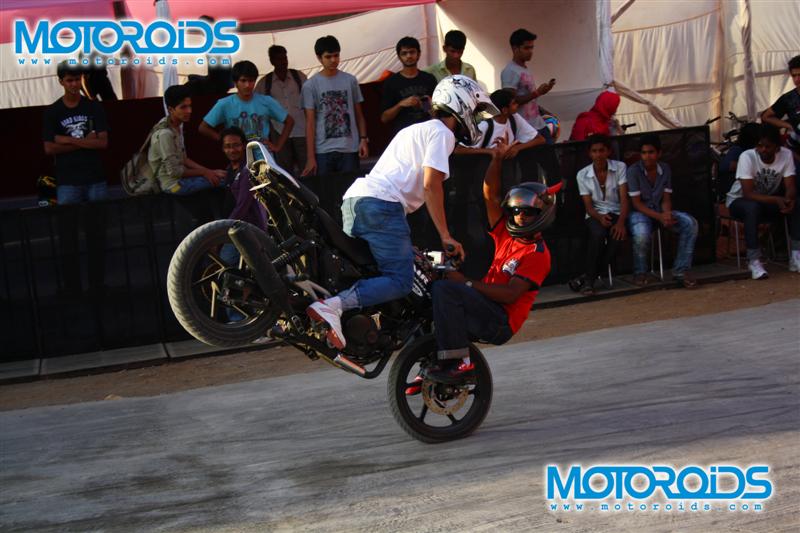 And the devil from the audience is talented!