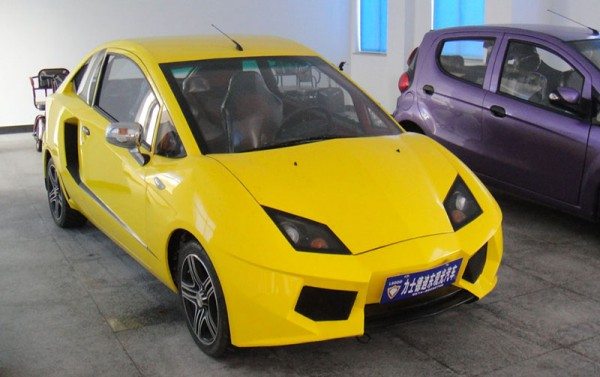 The way some Chinese carmakers see, it isn’t blasphemy to copy an exotic Italian supercar’s design. More specifically, copying the ravishing design of the Lamborghini Aventador and then slapping it poorly, onto one of their EV city runabouts. This particular EV or electric vehicle, is made by a Chinese company called Lishidedidong. If you are unable to pronounce that name at first, we are here to help. Here’s a breakdown of how you should pronounce it: li-she-de-di-dong. She did what wrong? Hilarious, isn’t it? That said, this has to be one of the saddest sights for any Lamborghini fan. One has to literally squint and pray, if any resemblance to an Aventador is to be found here. 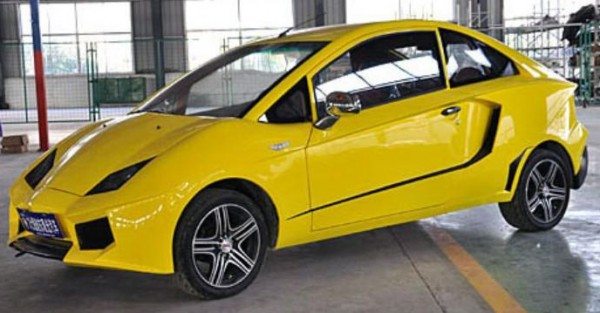 Maybe, it looks better from this angle. Mmm… No, it doesn’t.

Now for the specs on this one, which are a bit more grounded than the over-ambitious design. The car comes with a, not so big, 72V electric motor. This produces 10 horsepower and 5 Nm of torque. With figures like that, this EV is has less power than your average 4-stroke single-cylinder auto-rickshaw. However, its power figures are nowhere near as funny as its name. Oh yes, it has a name, a name you wouldn’t imagine. Also, this is where (we think), the makers of this EV, went a bit overboard. It’s called the Urban Supercar! Yes, you heard that right. This 10 horsepower EV is called an Urban Supercar. And this ‘supercar’ has a top speed of 80 km/h (50 mph) and a maximum electric range of 150 km (93 miles). The most unbelievable figure of this thing, is its kerb weight, which is around 1.2 tonnes! That’s obviously before you load this car up with people and luggage. We can’t fathom how they made this tiny little EV that heavy. 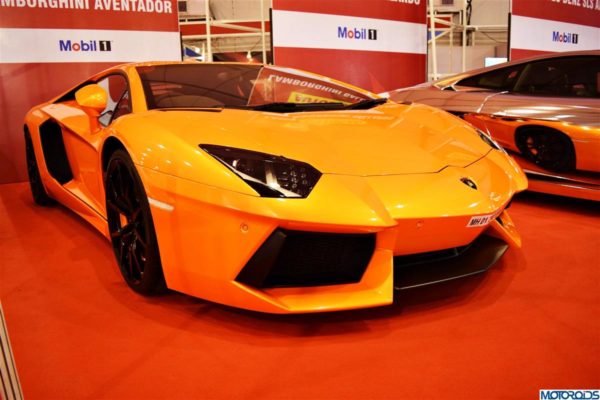 This is the real deal – The Lamborghini LP700-4 or simply, the Aventador.

The actual Lamborghini supercar has a kerb weight of almost 1.5 tonnes. Though slightly heavier than the Chinese electric vehicle, it will easily get to 100 km/h from nought, in just 3 seconds or so. Top speed is not in double digits, unlike in the Urban Supercar. What it is, is well north of 350 km/h and that is undeniably quicker. The Lamborghini also have real exhaust which plays stellar exhaust notes and also doubles-up as a flame thrower. The Urban Supercar, meanwhile, has to contend with fake pipes that spit out nothing. Tell us what you think of this little atrocity and write in your opinions. Keep following us to get more zany and interesting news from the world of motoring.