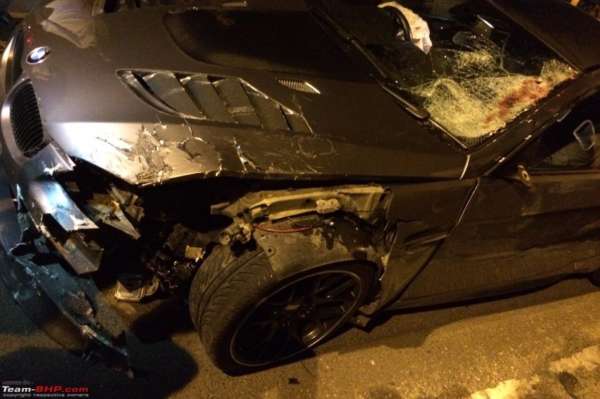 In an unfortunate incident, two elderly folks riding a Honda Activa perished, as they were hit by a speeding BMW M3 during the wee hours of May 16th. The incident took place in Virar, a far away part of suburban Mumbai. At the helm of the wheel in the German coupe was a 23-year old son of a local businessman, who had just returned from Canada, where he is said to be pursuing his higher studies. 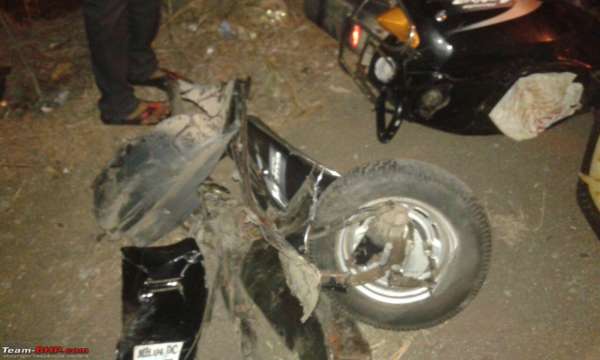 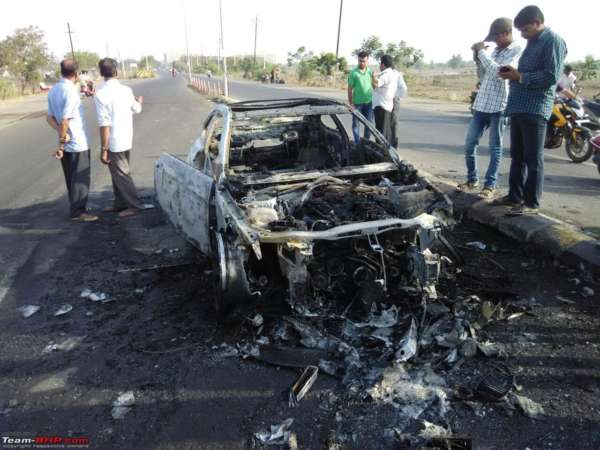 The impact was such, it broke the scoot into two pieces, with the other half thrown a good 10-feet away. The Activa’s 65-year old rider perished on the spot, while the 45-year old pillion succumbed to her injuries in the hospital. Eye witnesses and pictures point towards the possibility of the car being driven on the wrong side of the road, while some say the driver was under the influence of alcohol. 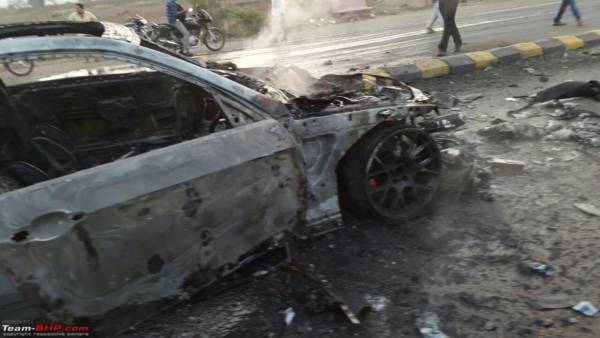 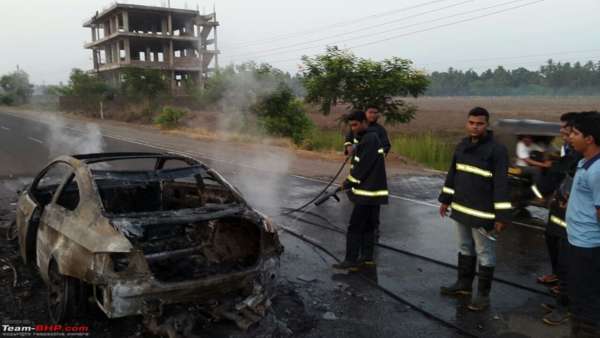 There’s unconfirmed news that the driver tried to damage evidence by setting the car on fire, while some say it was angry locals who torched the car. Fingers have also been pointed at the person riding the scooter for trying to cross the road without an indicator and keeping the headlights switched off. Whose fault was it? Well it isn’t clear, but the driver managed to flee the spot, surrendered himself to the police, and is currently out on bail.