Home BMW Another from the People’s Republic; This time it’s a BMW i3 copy called Jinma JMW2200 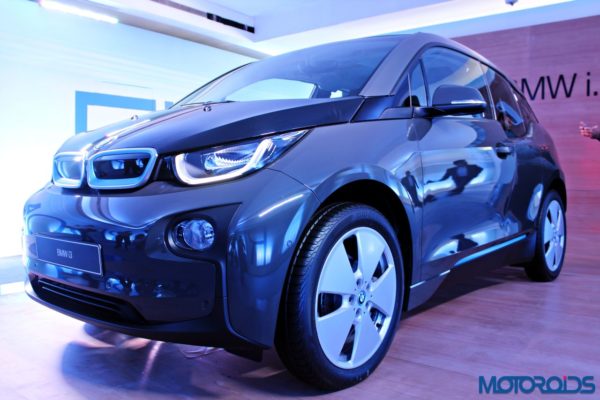 Last month in Mumbai, we saw the official showcasing of the BMW i3 and its elder sibling, the BMW i8. The Bavarians do have the Indian market in their sights for the little i3 but, it is still some time away from actually ending up at your local BMW showrooms. The top-end BMW i3 is priced at almost 40,000 Euros (almost INR 27 lakh) in Germany, which means that it will be a pricey little so and so, if and when it does come to India. However, the Chinese are here to lend you their affordable copy-cat paws… sorry, hands. Those are the very hands, rather fingers, that punched some buttons on a photocopier to make the Jinma JMW2200. 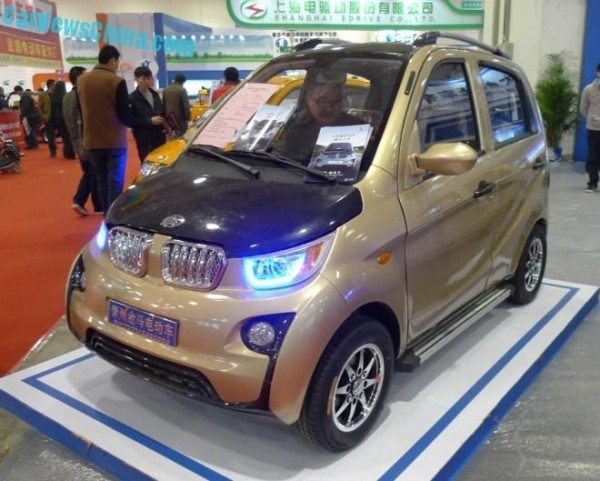 Whereas the original i3 costs INR 27 lakh, the Jinma i3 costs just a tenth of that. The BMW i3, though, can be had with a Range Extender kit, which employs a tiny two-cylinder 34 horsepower petrol engine. The primary source of power, though, comes from a 18.8kW lithium-ion battery pack. The electric motor thus powered, generates 170 horsepower and 250 Nm of torque. Thanks to intelligent lightweight construction, the BMW i3 weighs less than 1.2 tonnes. Therefore, 7.2 seconds will see you doing 100 km/h from a standstill and the top speed is 150 km/h. 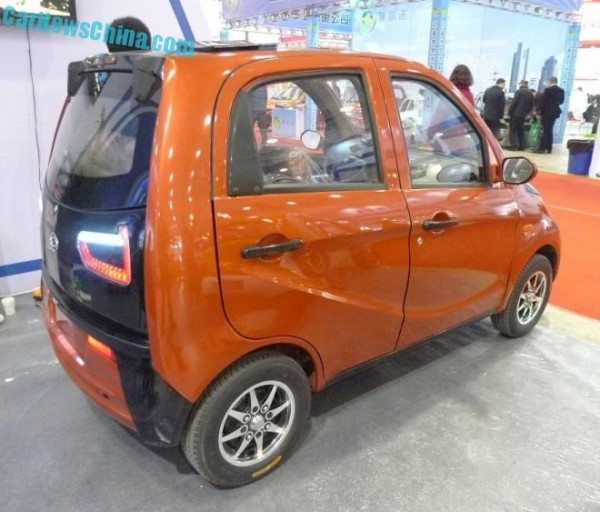 You don’t get fancy doors on this, but you do have those cool LED taillights.

The JMW2200 doesn’t bother with the complexity of having two different powertrains. That’s because this Chinese city car, only has a feeble 3kW lead-acid setup. No fancy and expensive Range Extenders, here. Talking of numbers, let us talk about this EV’s performance, or rather, the lack of it. The top speed of the Jinma JMW2200 is a yawning 50 km/h, which is slower than an auto-rickshaw. Also, we think the latter might be less humiliating. 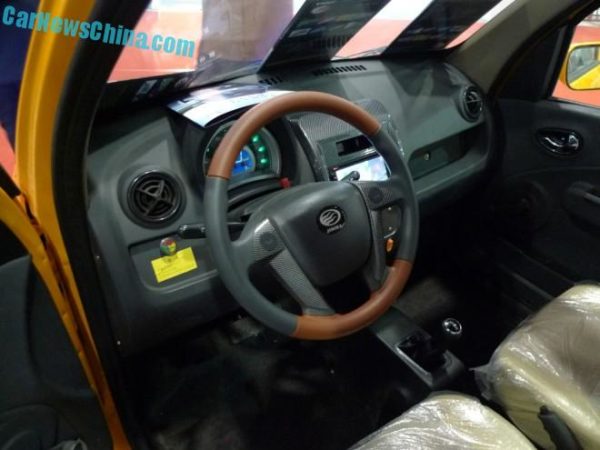 The interior of the Jinma JMW2200 isn’t very BMW. It’s definitely a JMW in here.

Having said that, the range isn’t all that horrid. What it is, is 120 km and that should be enough for most EV buyers. Reaching full charge takes 7 hours through a 220V system, apparently. Oh and it’s only 3 metres long, which means that you can’t really take your friends with you for a ride. But that’s okay, it’s already not very brisk and you wouldn’t want to load it up more. Anyway, let us know if you would buy one of these JMWs and how much you like/not like it.