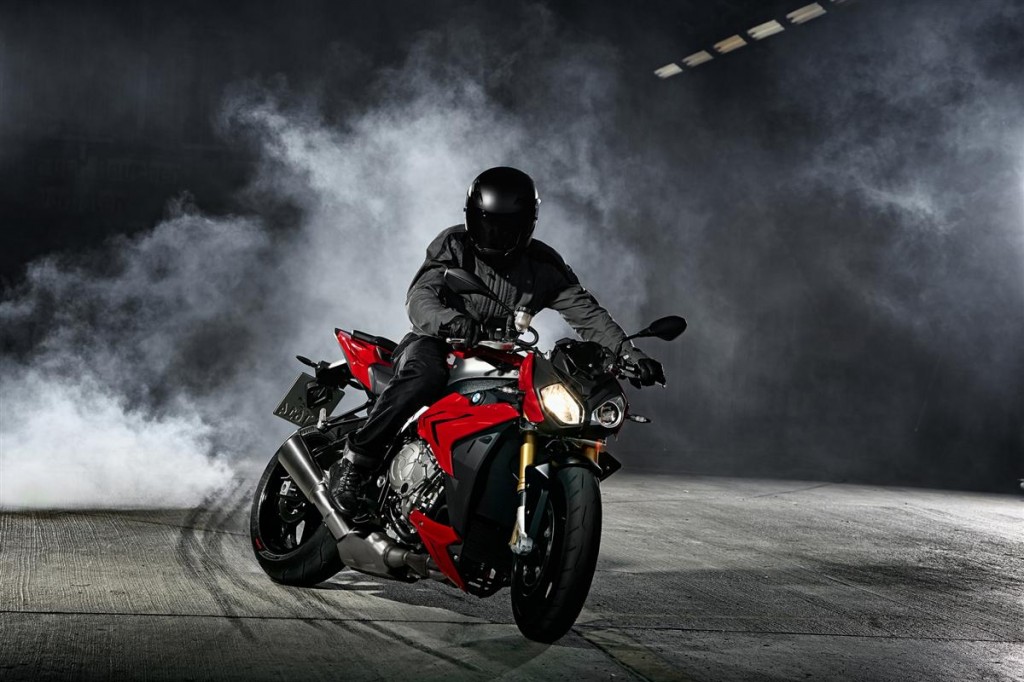 We’re simply loving the EICMA 2013 for all the secrets it has been letting out of the bag. One of the secrets everyone has been eagerly looking to unfold has been the 2014 BMW S1000R. With heaps of speculations on the specifications and performance, the numbers are finally here! 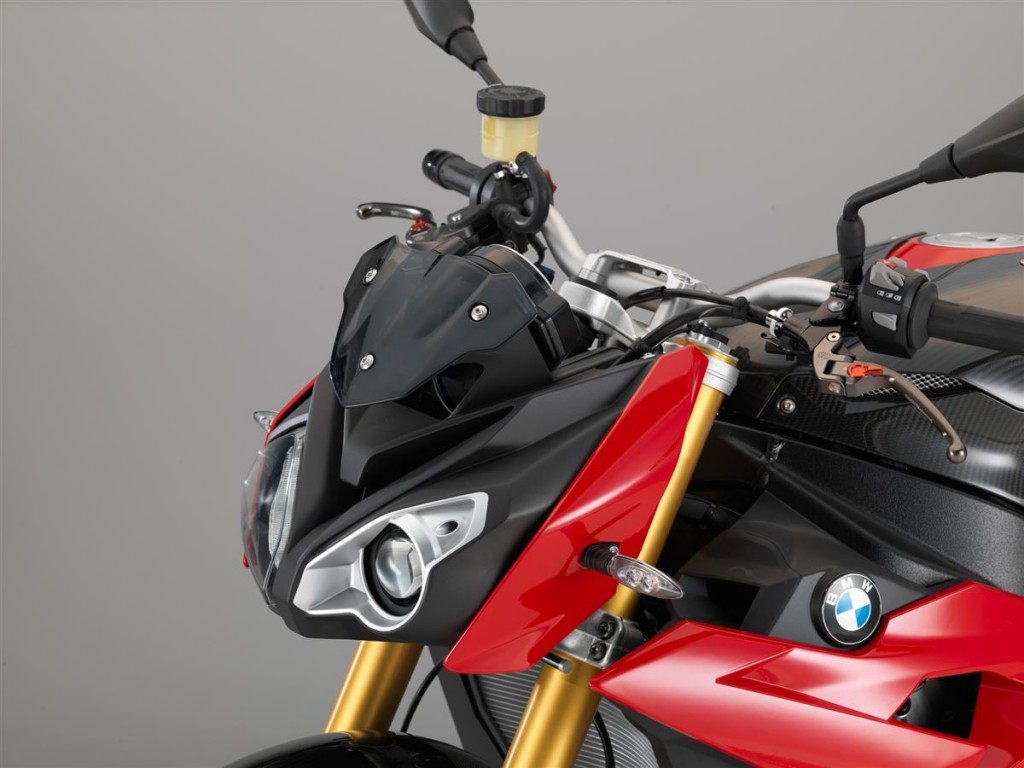 But before we start talking about them, lets give you a round up of the visual differences between the faired and strip-teased Beemer. The first change is the face, with the love-it-or-hate-it assymetrical set of lamps now swapping positions with slight change in design. Also the 2014 BMW S1000R doesn’t shed substantial plastic as it was being assumed to. We guess that’s enough to conclude on the design part and get under the skin of the new Street-bound Beemer. 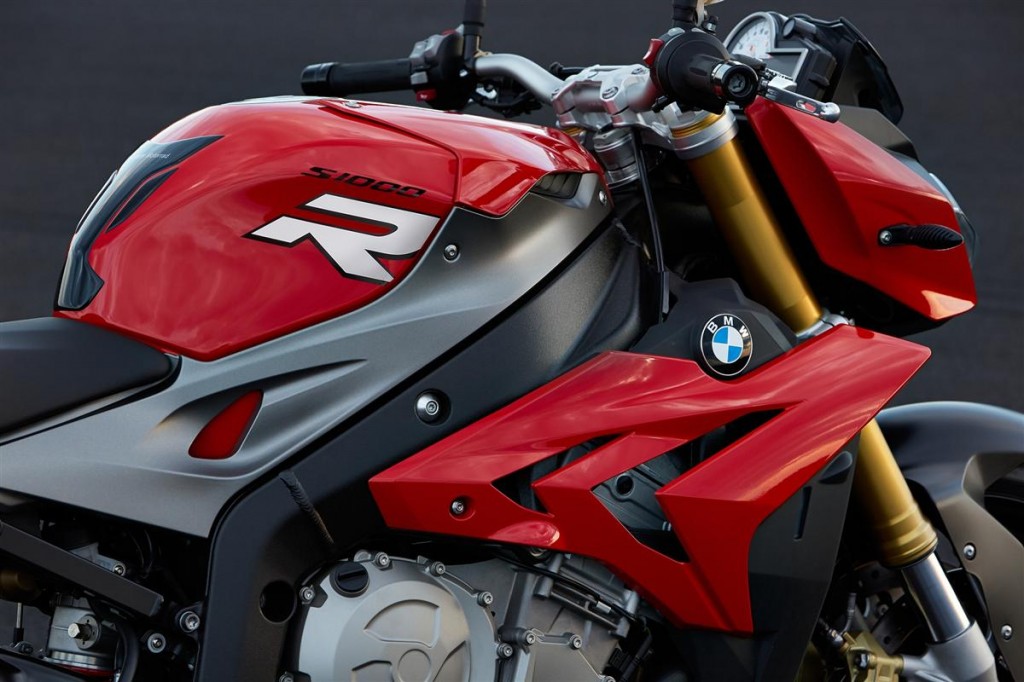 Though we were expecting the new S1000R to take the bout to the likes of the KTM 1290 SuperDuke and the 2014 Buell EBR 1190RX- the engineers have given the BMW an adaptability trait for everyday riding conditions. The retuned 999cc engine now cranks out 158 bhp @ 11000 rpm and peak torque of 112 nm @ 9250 rpm. The figures do appear on the disappointing side- thanks to the hype the motorcycle had managed to garner on its test runs, but the 2014 BMW S1000R gets redesigned cylinder head ducts, updated engine management, modified cam profiles and the rev limiter being reduced by a full 2000 rpm as compared to the BMW S1000RR. All this aids the 207 kgs BMW S1000R to lay down more torque and it does manage to deliver 9.5nm more than the S1000RR below 7500 rpm. 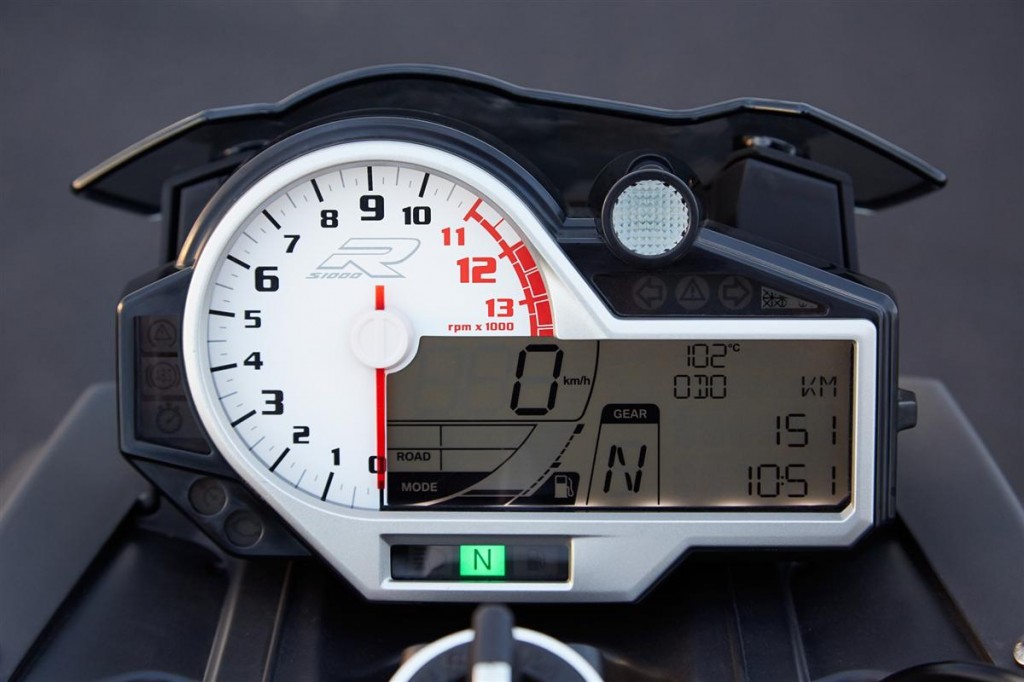 The impeccable set of electronics has been the forte of the BMW S1000RR and the S1000R manages to grab a few of those. Alongwith RAIN and ROAD RIDE modes, the S1000R gets BMW’s Automatic Stability Control and a race ABS setup. Also BMW is offering an advanced traction control as an add-on that features additional two SPORT ride modes viz. Dynamic and Dynamic Pro. 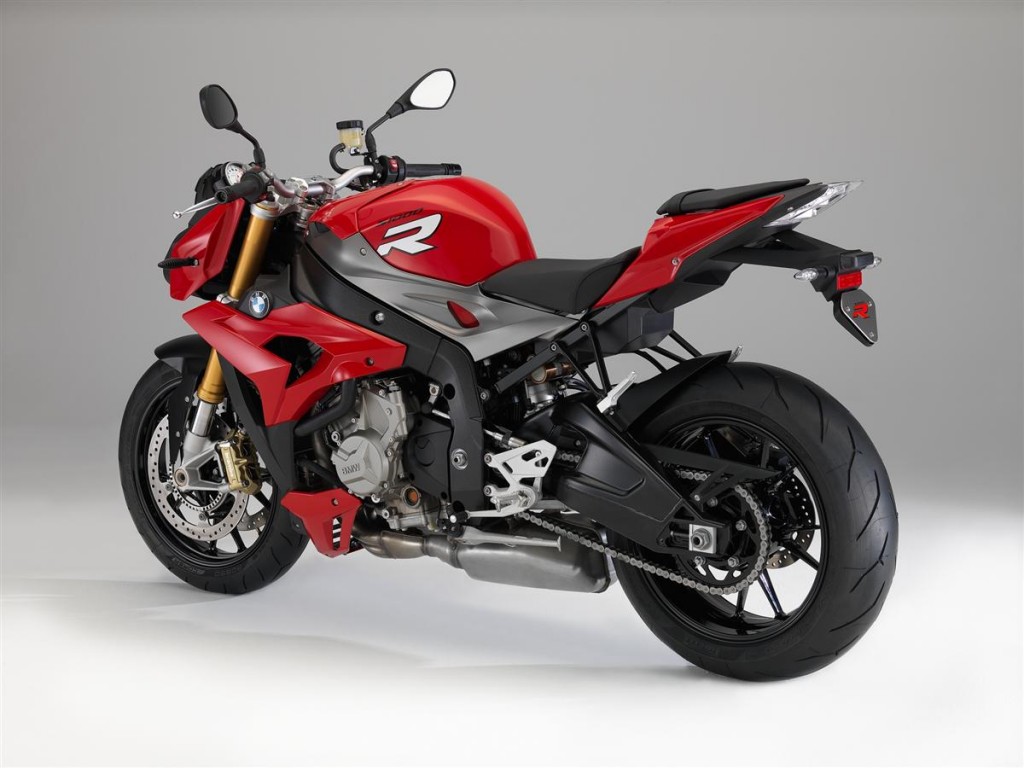 The aluminium perimeter frame has been retained from the S1000RR without no tweaks and so are the adjustable front forks and the rear shocks. Further options includes a semi-automatic suspension with Dynamic Damping Control.

If that was not enough, one may even opt for an up-spec’d Akrapovic exhaust and lighter carbon parts- of course at an extra cost. Official pricing hasn’t been revealed yet. 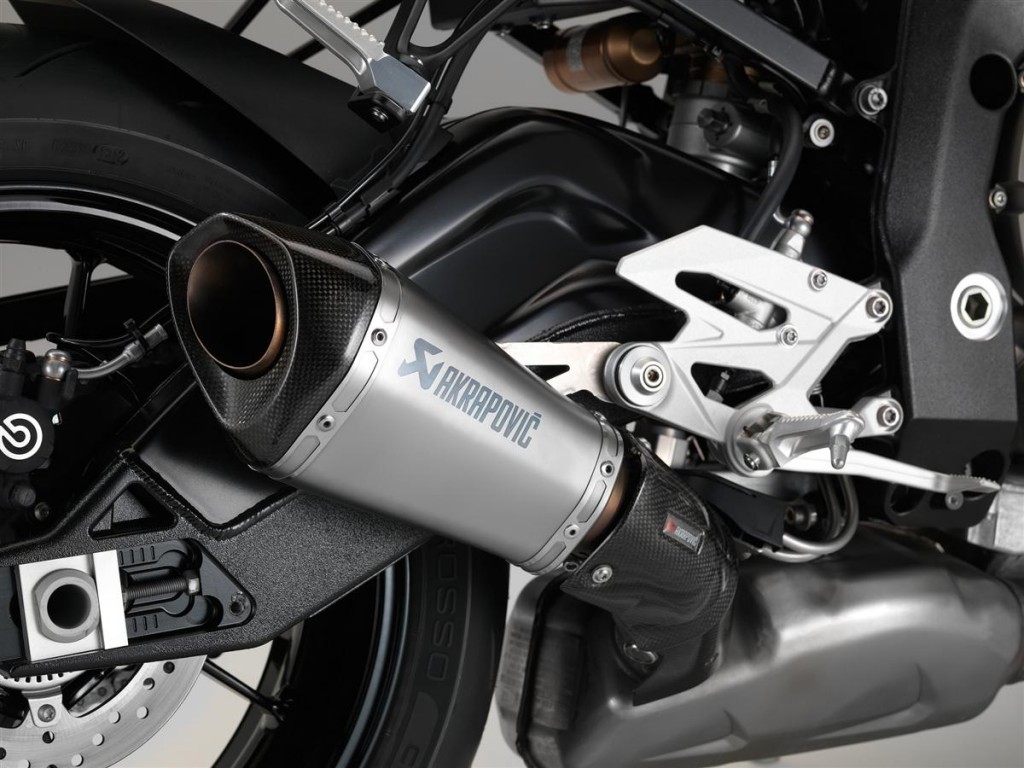 So how do you find the new Beemer on the block?