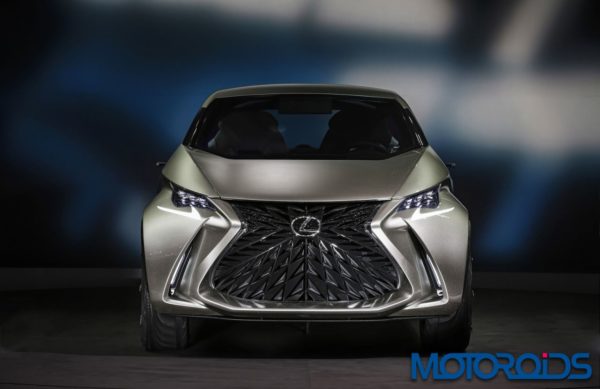 The new Lexus LF-SA concept has made its global debut at the 2015 Geneva Motor Show. The compact concept, meant to blend the vagabond lifestyle with city chic is Lexus’ take on what an adventure oriented compact city crossover should look and feel like. SA in the name of this compact machine stands for ‘Small Adventurer’, trying its bit to make the philosophy behind the model obvious. 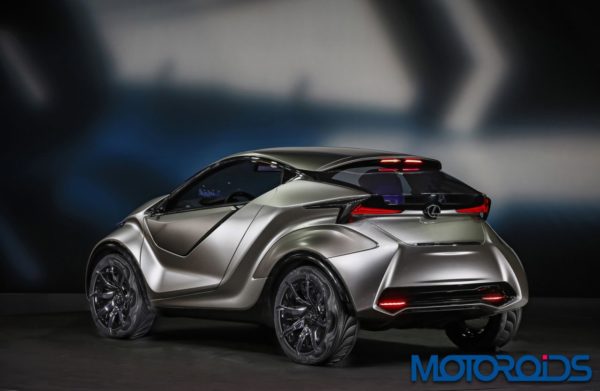 Even with its crossover shape, the LF-SA Concept is meant to be a driver-focused vehicle. Lexus doesn’t want styling and technology to overwhelm the driving pleasure. Even after being inspired from Lexus’ L-finesse design philosophy and boasting a hologram-style digital display controlling infotainment, the LF-SA is said to have driving pleasure as its key virtue. Luxury, technology, adventure, on-board connectivity blended seamlessly with good old driving joy – that’s what the brief for this machine is, if the official statement by the company is something to go by. 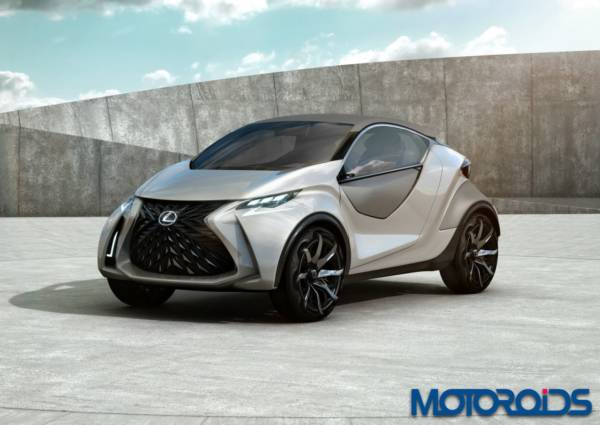 The adventurous attitude of the LF-SA is further amplified by its colour scheme, where the exterior Stellar Silver is a reference to space exploration and the interior is inspired by the spectacle of a solar eclipse.

Being predominantly an urban vehicle, the dimensions are compact at 3,400mm long, 1,700mm wide and 1,430mm high for manoeuvrability. 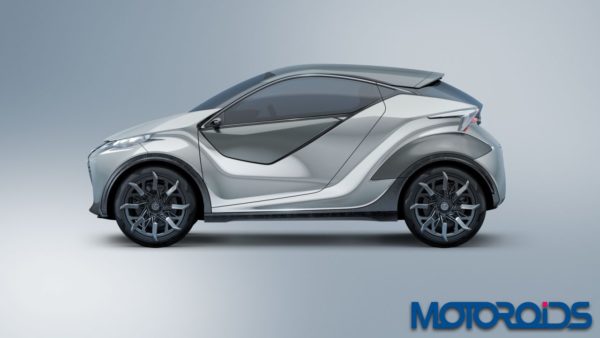 The signature Lexus spindle grille gets a new expression in an angular pattern, metamorphosing into a powerful three dimensional, dark form and giving the LF-SA an imposing face. The front wings and side bodywork further reinforce the car’s planted stance.

Flared wheel arches, a two-tone styling for the door and shard like chrome spokes for the wheels make the LF-SA look unlike anything else. A complex Interplay of concave and convex surfaces gives the LF-SA its unique surface and a sense of dynamism and forward motion.

The spindle grille is reflected at the rear as well. Sharp L-shaped lamps along with other signature Lexus details, such as the arrowhead motif, are evident throughout. This one, for sure, is a looker! 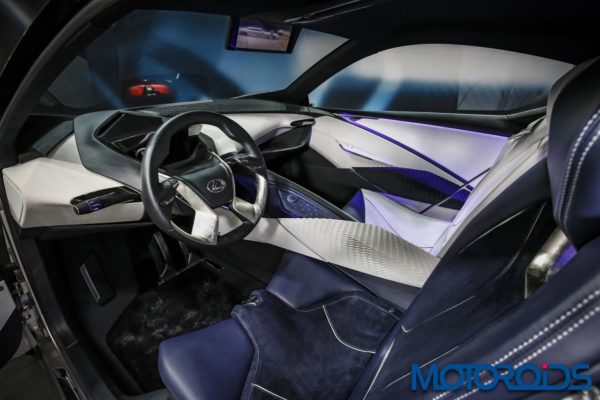 Lexus claims a spacious interior for the LF-SA despite its compact dimensions, a statement which is valid if you are one of the front two passengers. The car features a 2+2 cabin layout with special focus on the driver. Unlike most cars where you adjust driver’s seat to attain a proper driving potion, the LF-SA allows the steering wheel and pedals to be adjusted according to the driver’s convenience. Lexus believes that this brings “the vehicle to the driver” rather than vice-versa. The front passenger seat, however, is slide-adjustable to allow access to the rear. 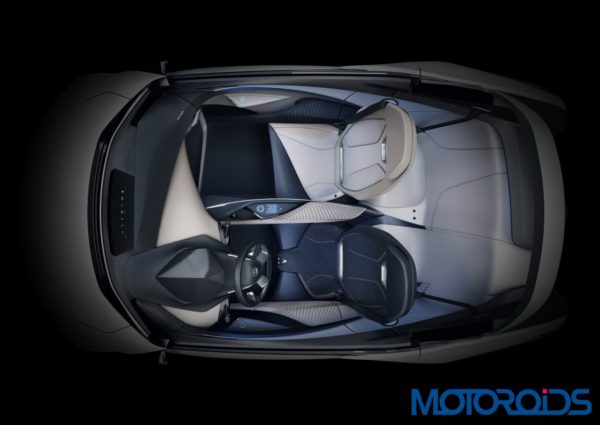 The two tone contrasting colour scheme of the cabin takes inspiration from solar eclipse and creates overlapping elliptical areas within the cabin. The sweeping dashboard emphasizes on the width of the cabin and the crystalline instrument panel has a black-beveled hologram display and heads-up display with touch pad in the center console.

Expect a future production model based a couple of years down the line, defined loosely by this wild concept. Check out the videos and images gallery of this amazing concept below.