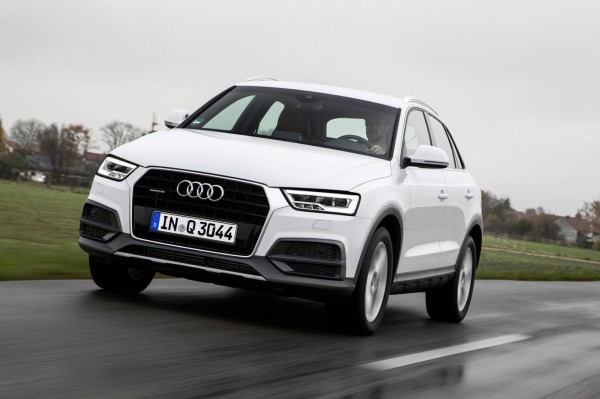 Audi has revealed the 2015 variants of its current entry level SUV, the Q3 and RS Q3 at the ongoing North American International Auto Show (NAIAS) in Detroit. Audi says that the new Q3 and RS Q3 models would feature a refreshed design along with a number of technical innovations. So let’s talk about the engine first. 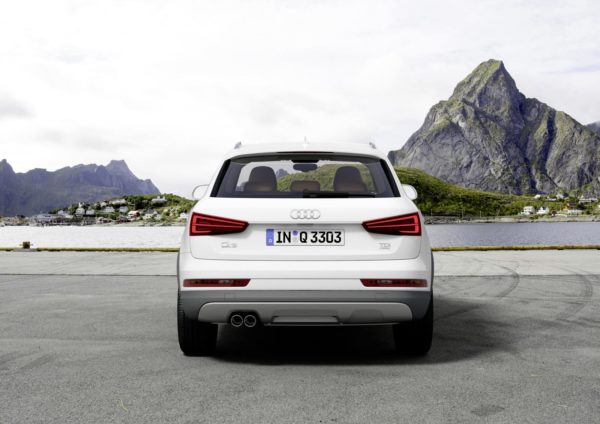 The German car major claims that the three TFSI and three TDI clean diesel four-cylinder engines on the Q3 boast higher output combined with reduced fuel consumption. CO2 emissions have been reduced by as much as 17 percent. They displace 1.4 or 2.0 liters and produce between 120 hp and 220 hp. All are turbocharged, direct-injection units and comply with the limits of the Euro 6 emission standard. These consumption and CO2 reductions are made possible in part by the Audi cylinder on demand technology. Thanks to their efficiency, the 1.4 TFSI COD and the 2.0 TDI bear the “Audi ultra” badge. 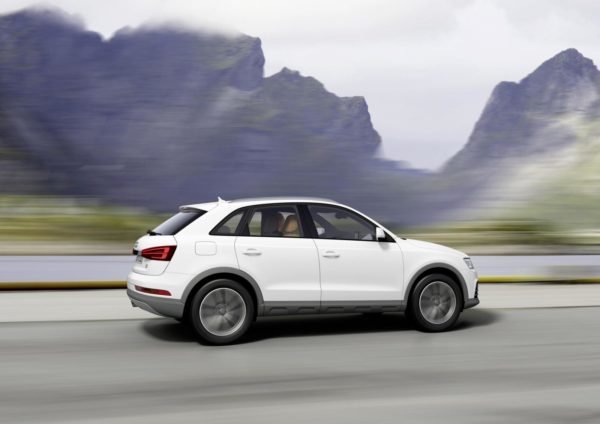 In terms of looks, Audi designers have honed the details of the coupe-like lines with the characteristic wrap-around tailgate. Dominating horizontal lines up front and in the rear underscore the width and give the Q3 an expressive design. Adding to the defining element is a sculpted Singleframe grille at the front of the car. At the top of the two new Q3 trim lines design and sport are the S line sport package, the S line exterior package, the Audi exclusive design package and the Audi exclusive exterior design package. 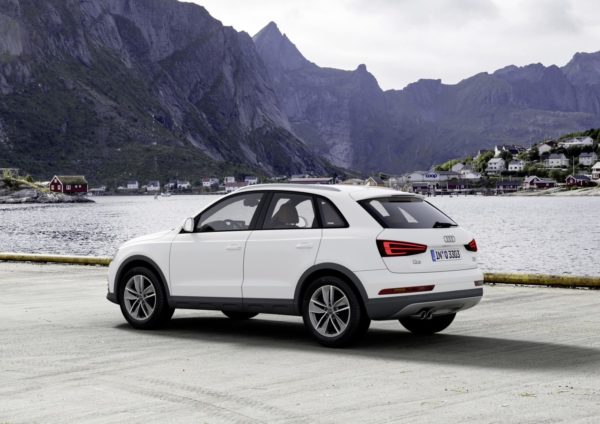 The redesigned headlights come standard with xenon plus technology and LED daytime running lights. The optional LED headlights are particularly bright and energy-efficient. Audi offers them in combination with the dynamic turn signals integrated into the likewise redesigned LED taillights. These intuitive turn signals illuminate sequentially within two-tenths of a second from the inside out in the direction the driver intends to turn. 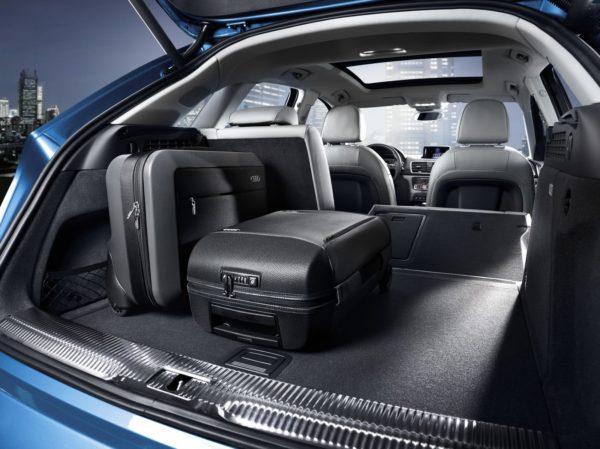 In terms of equipment and trim, the new Audi Q3 features a list of standard equipment that can be supplemented with features taken directly from the luxury class, such as the LED interior lighting package and the power-adjustable front seats. With respect to driver assistance systems, the secondary collision brake assist is standard. 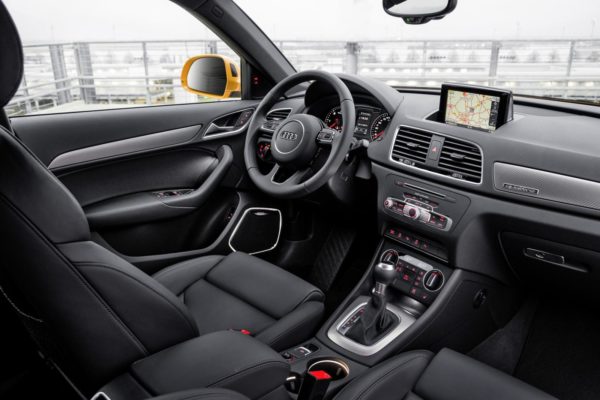 List of optional features includes a yellow LED indicator that illuminates in the housing of the outside mirror if another vehicle is in the blind spot or is approaching rapidly from the rear. Audi active lane assist works with video cameras that detect the lane markings. It gently intervenes in the steering to help the driver return to the lane if he or she comes too close to a line without indicating. The camera-based traffic sign recognition system shows speed limit signs – and now also no passing signs – as graphics in the driver information system display. 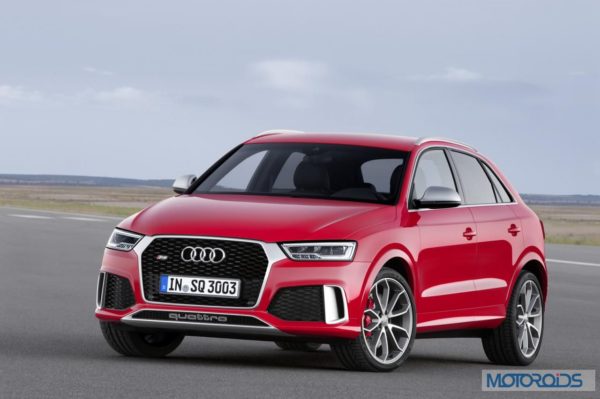 The Audi RS Q3 was updated concurrent with the Q3. The compact performance SUV is now hotter and more dynamic than ever. Its 2.5 liter, five-cylinder engine now produces 250 kW (340 hp) and 450 Nm (331.9 lb?ft) of torque. It also now satisfies the Euro 6 standard. The top model in the series now accelerates from 0 to 100 km/h (62.1 mph) in 4.8 seconds on its way to an electronically governed top speed of 250 km/h (155.3 mph). An RS exhaust system with a switchable flap adds even more volume to the unmistakable sound of the five-cylinder engine. 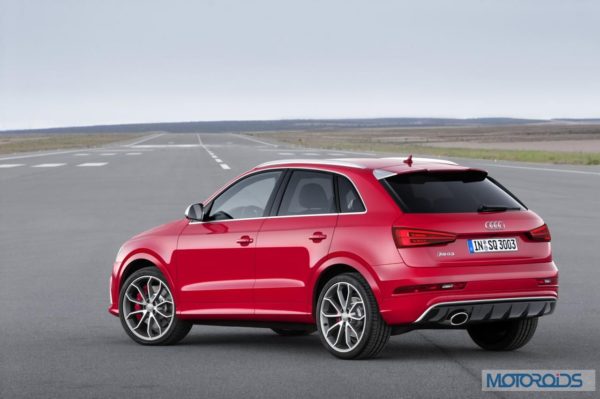 The seven-speed S tronic, which transfers the power to the quattro drivetrain via a new hydraulic multi-plate clutch (5th generation), has also been refined for even faster gear changes. The lower gears are closely spaced for sporty response while the seventh gear is tall to save fuel. The naught to 100 kph sprint in the Audi RS Q3 takes about 4.8 seconds. Deliveries of the RS Q3 will begin in the first quarter of 2015.

What do you think of the new Audi Q3 and RS Q3? Share your thoughts and opinions with us through comments below. Stay tuned to Motoroids for more updates from the motoring industry.