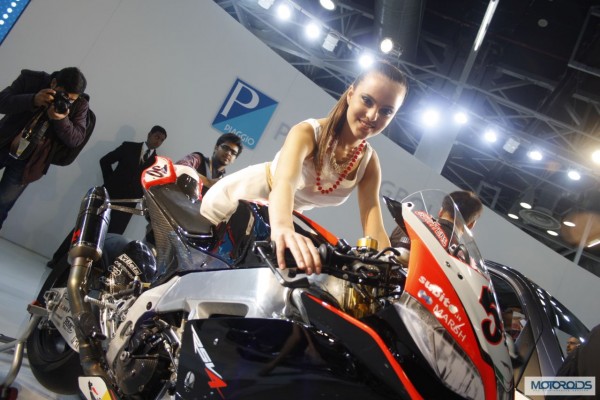 Aprilia showcased its premium litre class sportbike, the RSV4 ABS at the Auto Expo 2014. The Aprilia RSV4 ABS is powered by a compact 184 HP, 999.6cc, 65° V-4 cylinder. It uses ride-by-wire multi-map technology to open up new frontiers in engine management. The engine also sports a sophisticated electronic injection system with dual injectors per cylinder and a dynamic intake system with electronically height-adjustable ducts for superior performance. 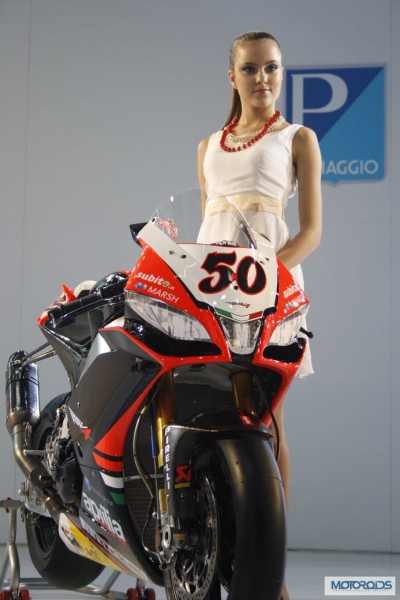 Aprilia is the most victorious of all Italian and European manufacturers active in MotoGP racing, with 294 Grand Prix triumphs. Aprilia racing bikes have been ridden to victory by champions of the caliber of Marco Melandri, Max Biaggi, Valentino Rossi, Jorge Lorenzo, Casey Stoner and many others.

The RSV4 has won five Superbike world championship titles in the last four seasons. Here we have some images of the RSV4 from the Auto Expo 2014