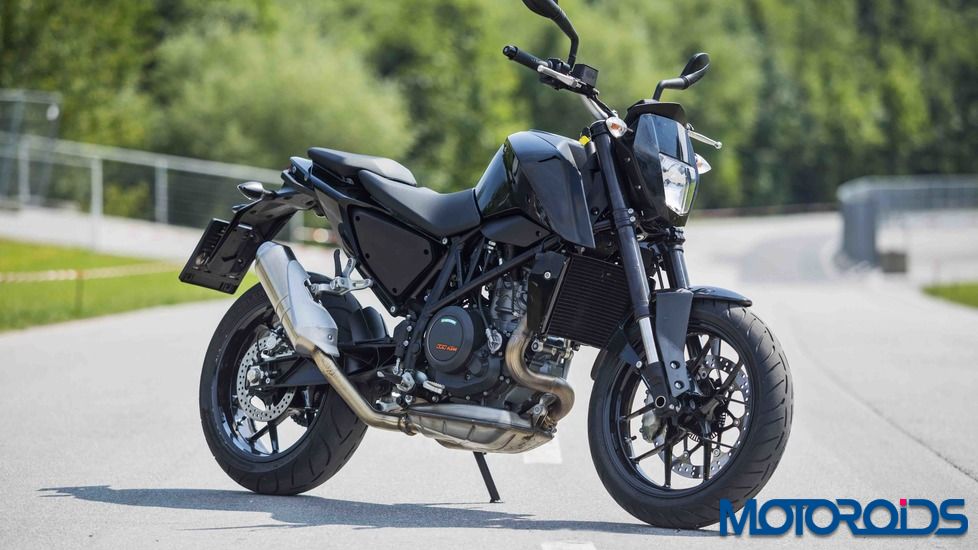 KTM has revealed the technical specifications and images of the 2016 690 Duke prototype. Cosmetically, the 2016 690 Duke prototype looks identical to the current generation model, however, this single-cylinder machine receives more engine muscle, although marginally so. For 2016, the KTM 690 Duke will deliver 7 percent more power and 6 percent more torque over its predecessor which churns out a healthy 50 kW or approximately 67 hp. KTM has also updated the exhaust to conform to Euro 4 emission standards.

KTM has overhauled the engine on the 2016 690 Duke by increasing the bore from 102 mm to 105 mm and reducing the stroke from 84.5 mm to 80 mm, thus increasing the total displacement from 690cc to a slightly higher 693cc. The new engine is also claimed to be more refined, less vibey that the current model which is a welcome change. The power to the rear wheel can be transferred via three riding modes – Street, Sport, and Rain with a flick of a button from the switchgear on the left-side of the handlebar. 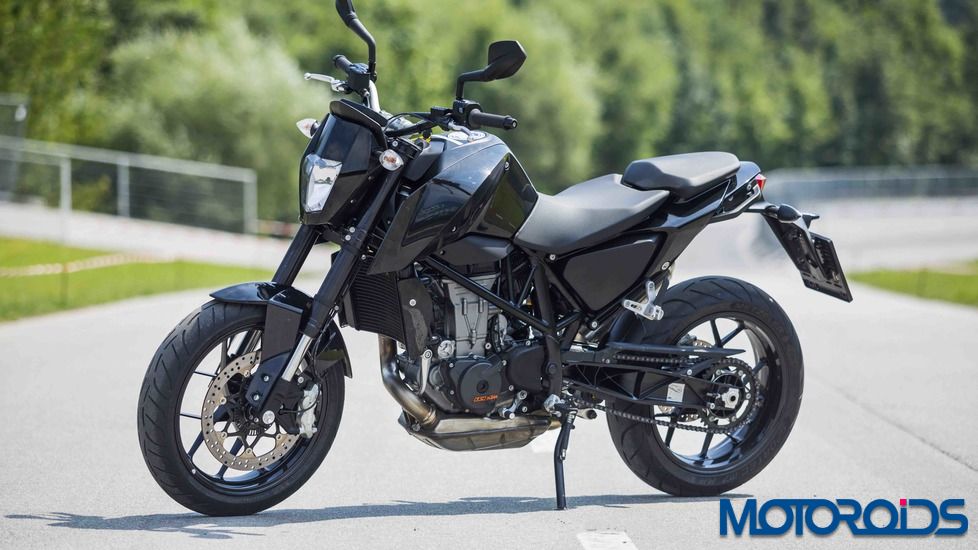 There aren’t many cosmetic updates to talk about expect the black coloured trellis frame instead of the orange paint unit but we believe that the chassis on the production ready model will don the KTM’s trademark colour.

Safety features will include Bosch ABS as standard while the traction control will come as an optional package. Another notable update on the 2016 690 Duke is the all digital and compact instrument cluster instead of the semi-analogue unit on the current model. While we are a complete fan of the analogue tachometer, a little birdy says that the instrument cluster on the 2016 will change colors, based on light conditions. Now that should be interesting.