The Yamaha YZF-R1 made its debut nearly 17 years ago and has been one of the most beloved litre-class motorcycles of all times. But who are the men who made this legendary motorcycle get better with every model update? This latest video from Yamaha? The current and previous YZF-R1 project leaders celebrated 17 years of development on the YZF-R1 model in Sydney at the Eastern Creek Race Circuit during the during YZF-R1 and R1M press test. 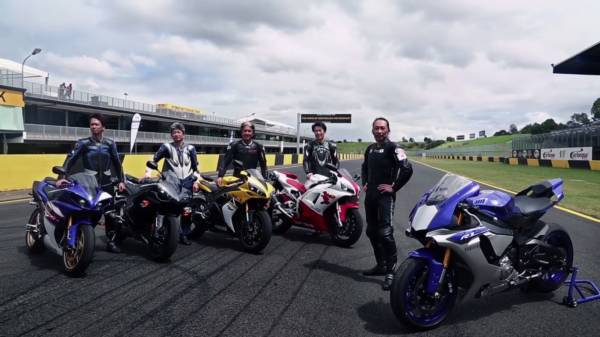 Here is the video that showcases the Project Leaders riding the Yamaha YZF-R1 models: 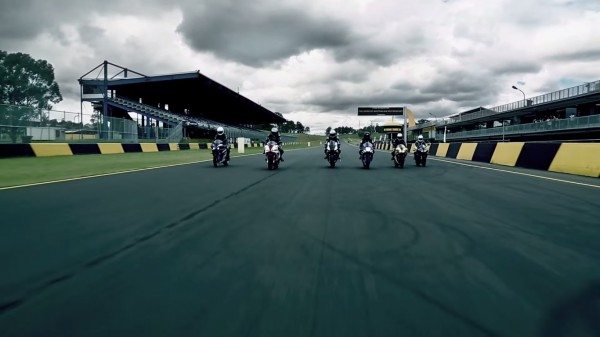 For 2015 Yamaha has introduced two new variants of the YZF-R1 model, the YZF-R1 and the YZF-R1M. Both motorcycles are equipped with a 998cc inline 4-cylinder engine with a newly designed crossplane crankshaft that delivers 200PS of power @ 13,500 RPM and 112.4Nm of torque @ 11,500 RPM. The power output further rises with the Ram air effect. The track focused YZF-R1M gets the same power plant as the YZF-R1 but with a list of sophisticated equipments including Electronic Racing Suspension (ERS), carbon bodywork, a Communication Control Unit (CCU) and high-specification Bridgestone tyres. Yamaha claims that the R1M fuses company’s MotoGP motorcycle, M1’s technology with Rseries DNA.

What do you think of the Yamaha YZF-R1? Share your view and opinions with us through the comments section below. Don’t forget to share the video with your friends via the share tools below.