Mahindra & Mahindra, which once used to be the undisputed leader of the UV segment, has been facing quite a lot of heat from the new crop of crossovers of late. While the XUV500 and the Scorpio still manage to clock decent numbers on monthly sales chart, the sales performance by the Quanto and the Xylo isn’t anything to write home about.

From April to October 2013, the Indian UV giant sold just 9,302 units of the Xylo, which marked a 40 percent fall decline on comparison with 15,472 units sold in the same period last year. 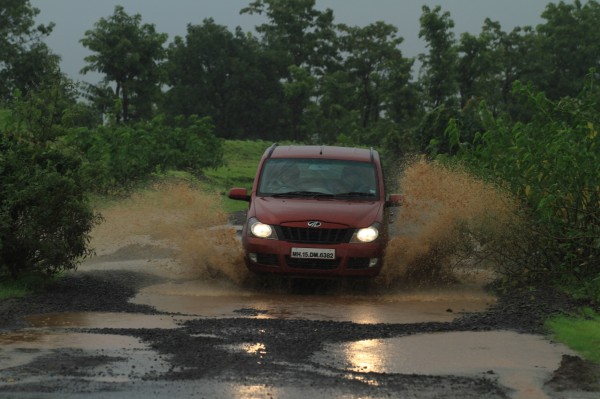 The Quanto, which is basically a compact MUV variant of the bigger Xylo, has been averaging a paltry monthly sales figure of just about 700 units.

It has now emerged that Mahindra and Mahindra plans to launch refreshed variants of these two slow selling products in next few months.

The Quanto, which comes with seats for seven, will get a five-seat layout, with additional leg room for rear passengers. While nothing is for sure, it is expected that the car could get slight visual upgrades such as a revised front grill and also a longer equipment list.

“Even within the company, there’s no unanimous view on why it is not working. The marketing team has one view, the product team has its own, and the manufacturing team has another view. But we have got a fairly good grip on why the Xylo is not working as well as the Bolero, Scorpio, XUV or pick-ups,” says Dr Pawan Goenka, president, automotive and farm equipment sectors, M&M.

On being asked if the company plans to discontinue slow selling products, Dr Goenka said, “In M&M we don’t work on the concept of number of years to breakeven but we work on an IRR (Internal Rate of Return). That is usually 5-7 years. In 5-7 years of a product, we should get a certain IRR. That doesn’t mean it (the project) breaks even in 5-7 years. In auto, it is not practically possible to withdraw a product after two years because of the high investments made in those projects.”