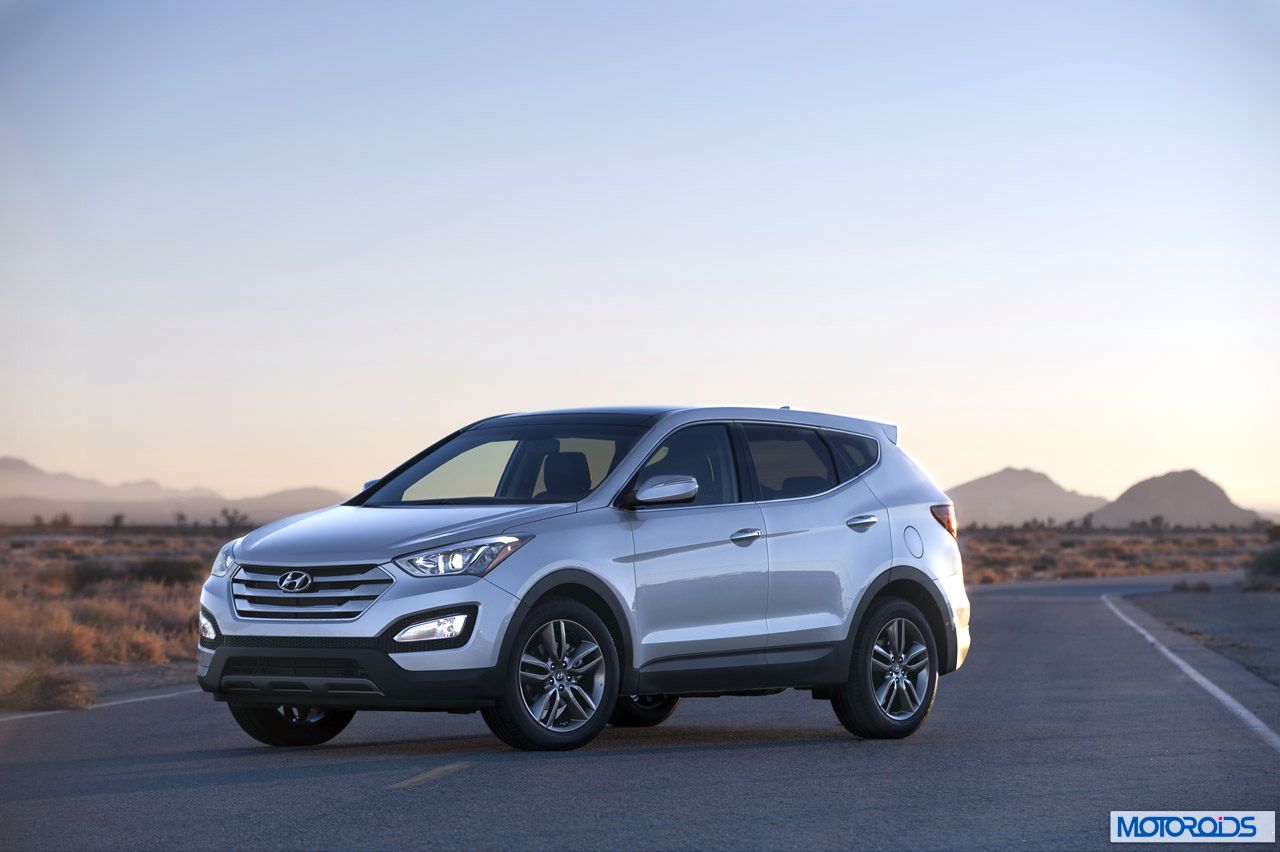 Hyundai have officially revealed their 2013 Santa Fe at the New York Auto Show. Adopting the Fluidic Sculpture design philosophy, the new Santa Fe looks all the more stylish, and now comes loaded to the brim with features. The new Santa Fe will also replace the American Veracruz in a 7 seater guise. The car will be available in two seating configurations, a seven seater, long wheelbase (LWB) version, and a 5 seater with the ‘Sport’ tag. The five seater version will be launched soon this year, while the seven seater variant will have to wait till early 2013.

While both the models have currently been made available only with petrol engines for the US, we expect diesel options to be plonked in too for the European and Indian markets. Currently, the shorter wheelbase ‘Sport’ version is available with two petrol engines, a 2.4-liter direct injection (GDI) engine with about 190bhp, and a 2.0 liter turbocharged engine with about 265bhp. The LWB 7 seater version gets a bigger 3.3-liter GDI V6 engine producing 290 horsepower to be able to haul more weight without puffing. 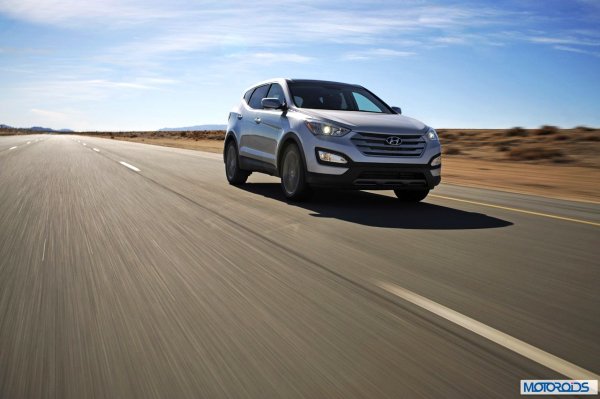 For India, we expect the new Santa Fe to come equipped with the new 2.0 liter Gamma R diesel expected to produce about 180 bhp of power and 392 Nm of torque. For now, all engines are mated to Hyundai’s six-speed automatic transmission with SHIFTRONIC manual control. Expect six speed manual transmissions also to feature on the European and Indian version.

The new Santa Fe will also have the optional intelligent active All-Wheel-Drive (AWD) system and TVCC. The advantages of the new system, as claimed by Hyundai are improved lateral stability while cornering, removal of unintended over- and under-steer and high thermal capacity, which helps prevent overheating during hill climbs and trailer towing. The car will also come equipped with Hillstart Assist Control (HAC) and Downhill Brake Control (DBC) to maximize control on steep hills. 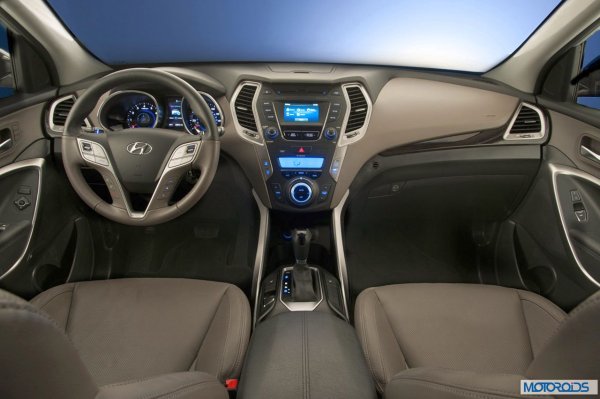 Among other important new inclusions is the new BlueLink multimedia interface, which provides you an easy visual interface to control the vehicle, somewhat on the lines of the BMW iDrive, or Mercedes COMAND system. The BlueLink interface with its eight inch screen brings seamless connectivity directly into the car with technology like voice text messaging, POI web search download, turn-by-turn navigation, and monthly vehicle reporting. Other features include a panoramic sunroof, sliding second row with 40:20:40 folding, power seats, and heated rear seats and steering wheel. 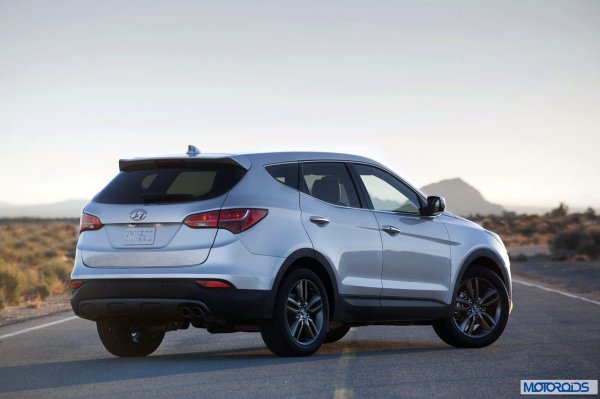 In terms of safety, Hyundai is offering its first ever Blindspot Detection System only on the LWB Santa Fe, owing to its bigger size. This system identifies when a vehicle enters the defined blindspot and provides a warning that a vehicle is approaching. Active Safety features include, Vehicle Stability Management (VSM) and Electronic Stability Control (ESC). Apart from a high strength construction, the 2013 Santa Fe features seven airbags, including side curtain airbags and a driver’s knee airbag. All Santa Fe trims have rollover sensors for the side curtain airbags.

Expect an India launch in early 2013.