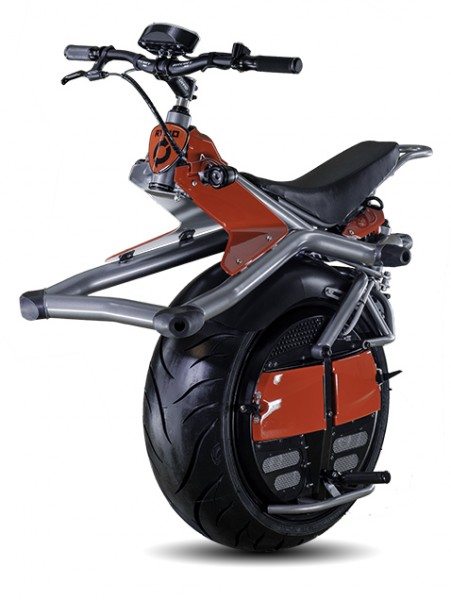 If you thought the Segway was cool- here’s something that’s cooler! Say hello to RYNO – a self balancing single wheeled motorcycle and the brainchild of Chris Hoffman who happened to conceive the idea when his 13 year old daughter pointed to a similar vehicle in a video game.

Known as the RYNO Microcycle in full- the machine is a hybrid mix of a motorcycle and Segway featuring a sturdy steel frame and a fat tyre. Powered by two SLA batteries, the RYNO comes with a charger, powerful LED lights, display stand and even a rack compatible with most bicycle panniers to lug around your laptop bag or your grocery purchases. Lithium Ion batteries can be purchased at an additional cost that’s claimed to offer power supply of 1000x more against the conventional electric batteries.

Advanced motion sensors can detect the faintest of inputs from the rider and moves accordingly. A forward lean for acceleration, upright stance and leaning back aids slowing down and braking. 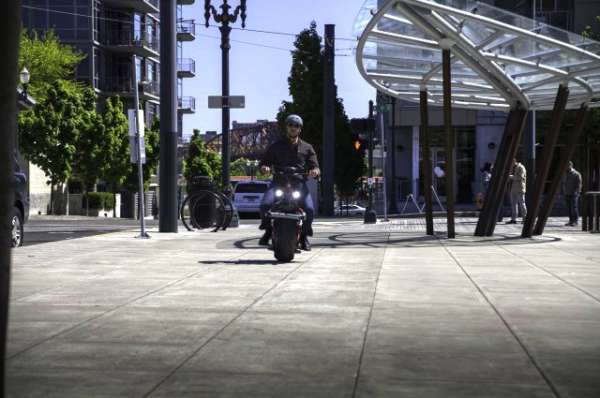 Here’s an image that reflects the features of the RYNO Microcyle. 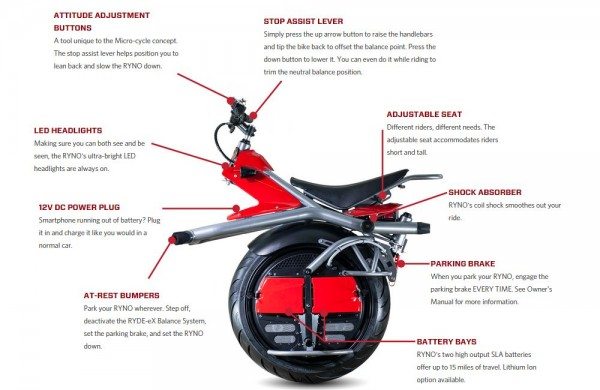 The 72 kg RYNO might look futuristic and can be assumed to be a zapper around the streets- but it actually isn’t. It’s more of a substitute for walking and cyling to work and back. The two batteries take 6 hours to recharge and has a range of 24 kms (15 miles) on a single charge with a top speed of 16 kph (10 mph). 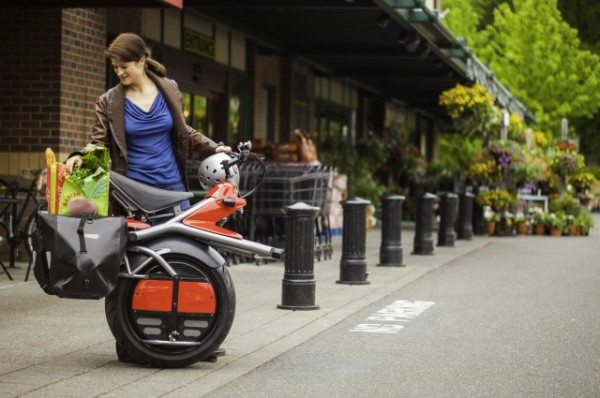 Hoffman says “Segway is too big to use in offices and buildings. It takes up a lot of floor space, too, and it puts its riders head and shoulders above everyone else – that’s why the RYNO works. I don’t take up much more room than I normally would just standing here. I’m standing flat on my feet, with the bike between my legs, and I’m at the same eye level as the other people in the elevator, not towering above them. That’s the key.”

Here’s a cool video as to how the RYNO goes around doing its job: