Home Interesting / Off-beat VIDEO: Watch a Tata lorry on railway tracks, who wants to drive one? 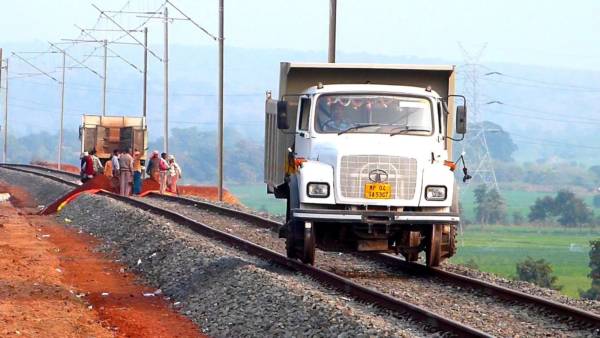 We are all used to seeing lorries on the road, on muddy paths, in the forests etc. But, have you ever seen a lorry on railway tracks? Neither have we! These dumper lorries are, apparently, quite a common sight in our country. These lorries are tasked to carry heavy ballast to new sights where fresh tracks are being laid. In railway terms, ballast are those pointy grey rocks you see under and around railway tracks. These rocks are meant to keep the tracks firmly in place and hence the term, ballast. 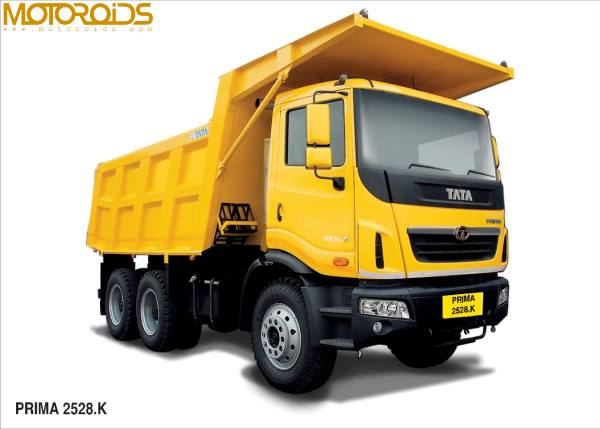 If you watch carefully, you will notice the lack of rubber tyres on this ‘train lorry’. What they do have are purpose-built steel rims, similar to the ones you find on a train. Obviously, trains do not need to steer and nor does a lorry, if it’s on tracks. So the steering mechanism has been disabled on lorries such as this one. However, other items such as the gearbox remain unchanged. We are not sure if the drum brakes have been altered or changed, since braking on railway tracks is way different than braking on the road with rubber tyres. Tracks are far more slippery and that’s one of the reasons why trains aren’t known for their quick stopping prowess.

That said, this is one cool creation and we would love to get our hands behind the wheel of this lorry. Anyway, tell us about your opinion and thoughts on this important, yet funny creation.