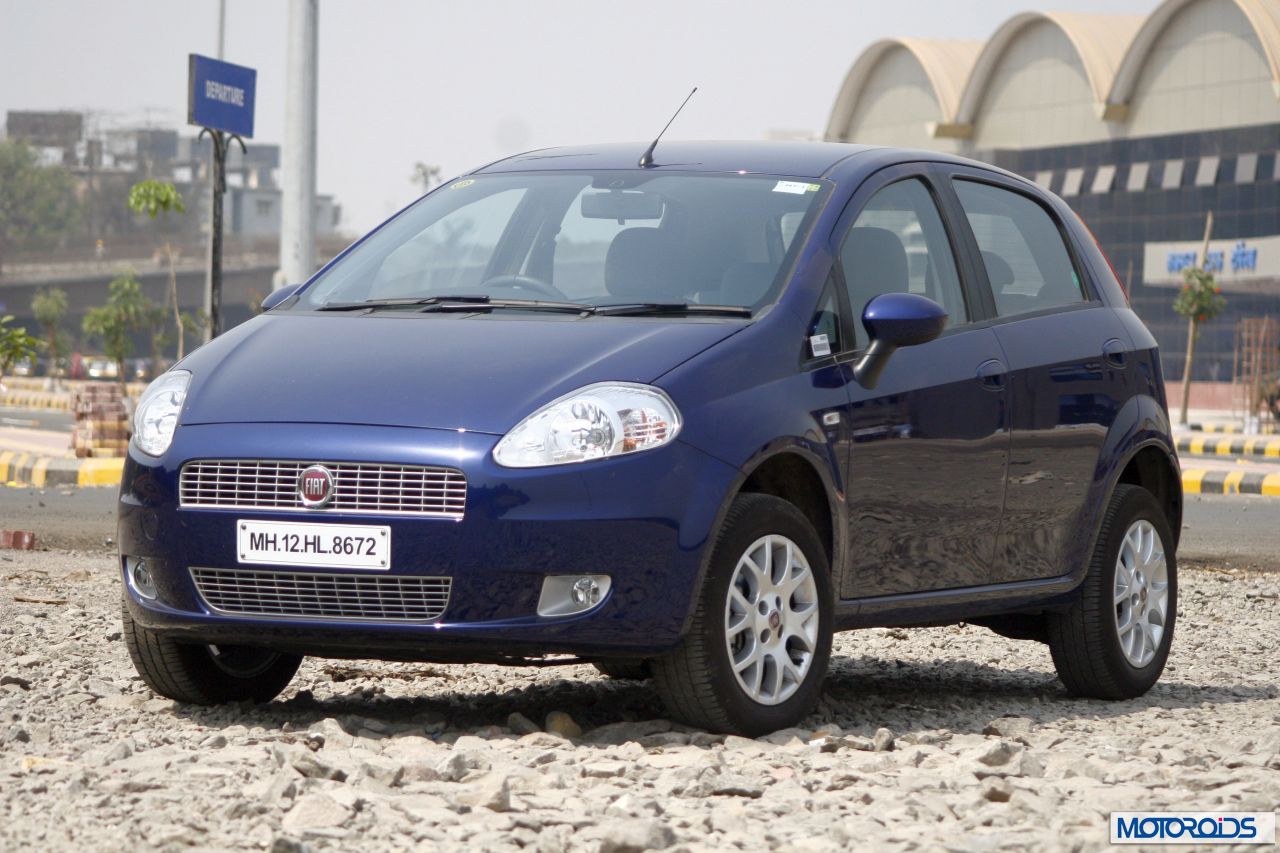 After having tested the 2012 Linea recently, we drove the 2012 Model Year Punto over a weekend. Here’s a quick review.

As with the 2012 Linea, the new Punto too, rather than being a completely overhauled product is more of a minor upgrade with more features having been brought to the lower variants. From the outside, the 2012 Punto is exactly the same as its forebear, except that it’s now available in a new color – Oceanic Blue. Another visible change for the trained eye is the increased ground clearance, evident with the bigger gap between the wheel arches and the tyres. Interestingly, Fiat has increased the ground clearance to 195mm on the Punto 1.2 petrol, while the Punto 1.4 FIRE petrol and 1.3 Multijet diesel have a 185mm clearance. The earlier models had a little over 170mm clearance. 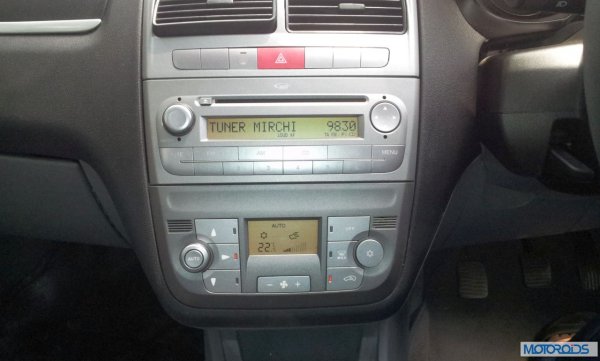 Feature wise, the base Active variant now gets an integrated audio system, central locking and power windows for the front doors. This makes the Punto the only car in its class to offer such facilities in the base variant. The middle of the range Dynamic variant now gets electric ORVMs, rear split seats, remote locking and fog lamps. Top of the line Emotion variant gets all the bells and whistles, along with safety features such as dual airbags and ABS. Fiat India, having increased the features on the lower variants, have increased the price too, which isn’t going to help too much we reckon. No changes have been made to the Punto 90hp model, which is a hoot to drive, and one of the most expensive hatchbacks in India to own. 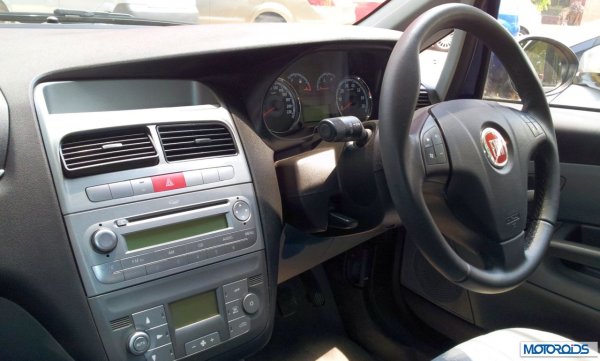 The 2012 Punto has also received a new color for its interiors, which are now draped in a light grey hue to enhance the feeling of roominess within the cabin. The quality of the materials including the seat fabric and plastics on the dash has been improved. The floor of the car now has a carpet, and the door trims too are more luxurious. Overall finish looks neater too. Fiat claims to have improved the air conditioner as well, as they have done on the new Linea. Apart from that, the entire Punto range now features a two-tone, black-beige dashboard. Another neat new touch is the backlit Fiat emblem on the scuff plates which you can see as you open the front doors and climb into the cabin.

Fiat has retained the powertrain for the Punto with the 1.2 and 1.4 petrols and 1.3 diesel (in 75 and 90 hp guises) doing duty under the hood. While the power and torque output remains the same, Fiat claims a marginally improved efficiency figure for all three vehicles. The improved fuel efficiency for the Punto 1.2 FIRE Petrol is 15.2, for 1.4 FIRE Petrol is 14.6 and for 1.3 MULTIJET Diesel it is 20.3. 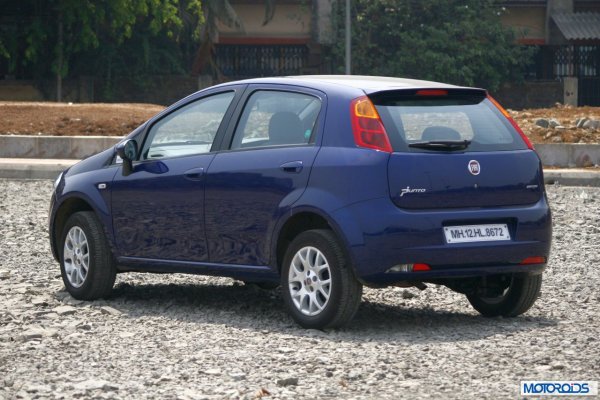 As you enter the cabin, and put the car in motion, you quickly realize that this is the most sturdily built hatchback on sale in India. The doors shut with an emphatically reassuring thud, and you instantly get the feeling of driving something built to last a lifetime. Punto’s suspension has always been incredible in terms of ride quality, and the increased ground clearance has only enhanced the feeling. The Punto rides incredibly well, and you really don’t have to look at the surface beneath before marching ahead. On surfaces where your usual hatchbacks will have to be tended and maneuvered carefully to avoid belly scrapes, the Punto would just glide through trampling whatever falls beneath its feet. The ride quality on this car is truly exceptional, and has to be experienced to be believed.

We drove the 1.4 liter FIRE variant. The 90 PS / 115 Nm engine looks strong on the paper. It’s tractable, makes good noise and revs nicely to propel the hatch to 120-130km/h with relative ease. However, going past that mark is a bit of a puff. I’d expect a 1.4 liter hatch to feel a tad sprightlier. At 1115kg, the Punto is the heaviest car in its segment, which may be one of the reasons why it doesn’t fly as it should. It’s heavier than the Swift, heavier than the Jazz and heavier than the i20. 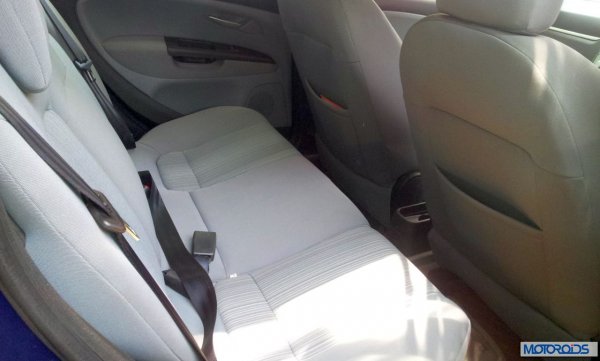 Back seats have reasonable legspace. Not class leading through. Seats have very good thigh support though.

It’s a different story when it comes to ride and handling though. The Punto feels like a energetic car from behind that nicely crafted steering wheel with recesses for better grip. The orange-red backlit instrument console with a racy font looks much sportier than the dimly lit retro dials of the Linea. And sporty it is, with a nice engine note, an all absorbing suspension and an incredibly reassuring set of wheels. Yes, the jacking up of ground clearance has made things slightly squishier, but what the hell, this baby is built so well, it still feels like the best handling hatch out there. The steering isn’t as wakeful and lively as some of its other counterparts, but when you turn the bloody thing, you know sure as hell that the contraption is going to hold its line. The handling of this baby would come as an enlightening surprise to those used to driving the likes of the Honda Jazz or the i20 – soft setups, both of them with quivery coils connecting wheels to the body. The Punto truly shines as a comfortable and sure-footed hatch. 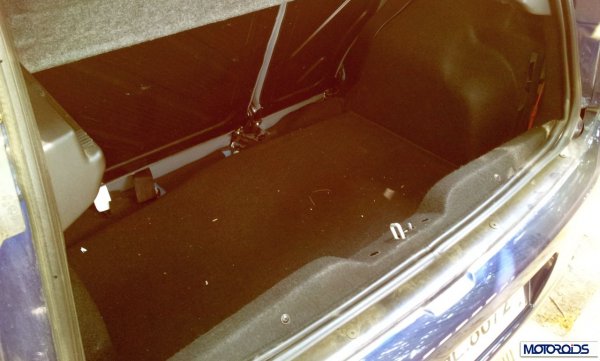 Boot space is liberal for the segment

So what’s the verdict? Is the new Punto a buy or no buy? Well, the Grande Punto is an Italian car to the core. Those who own it would vouch for its abilities. Someone who wants, I repeat, wants, this car would want only this, as very frankly there isn’t a better looking and more sturdily built machine out there. It evokes emotion and creates a mental connect with its driver like no other car could. Like a true Italian beauty, it’ll make you fall in love in a rather compelling manner. You may not like some bits of it, but you’d rather turn a blind eye than bother.

Then again, it’s got its own flaws. It’s on the pricier side, isn’t the most fuel efficient and won’t fetch you too much in the resale market. It isn’t exactly a hoot to drive either in the petrol guises. But hey, it’s got character and substance. And if you have a pocket deep enough, you probably won’t settle for anything else. The Grande Punto creates a sentimental connect with its master, and that’s what makes this hatch so special. 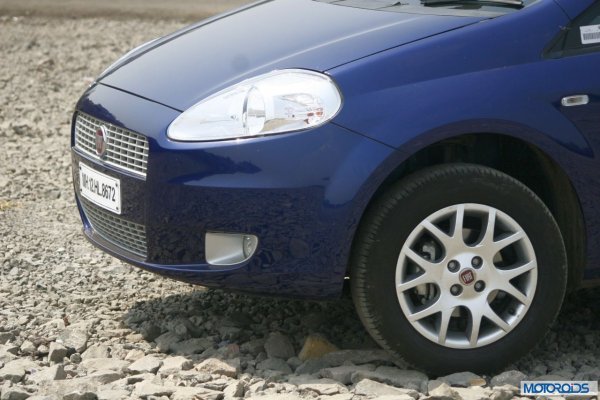