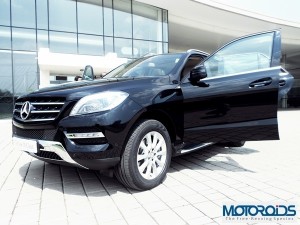 The latest edition of the popular M Class SUV has surely done a world of good to Mercedes Benz India.  The German carmaker has sold almost 400 units of SUV in June-September period. Such has been the response to the updated M Class that the carmaker is not just betting big on the Indian innings of its new M Class, but is also pretty much struggling to meet the increased demand and.

Mercedes Benz India felt that such high demand justifies local assembly and has hence, come up with an ‘assembled-in-India’ version of the M Class. Christened as the Mercedes Benz ML250CDI, the new variant of the M Class full sized SUV comes with an attractive price tag of INR 45.6 lakhs (ex showroom, Pune). Another advantage of locally assembled cars over Completely Built Unit (CBU) imports is that the former can be registered at a considerably lower amount than the latter. All this means that the latest variant of the M Class SUV is around INR 11 lakhs cheaper than the ML350CDI which is a CBU import. However, Mercedes plans to begin local assembly of the new car from next month.

The new Mercedes Benz ML250CDI is powered by a 204bhp, 2.2 Liter, four cylinder turbo diesel engine and comes with a seven speed automatic gearbox. The car also has a start-stop feature to boost fuel efficiency.

The car comes with almost all the bells and whistles that are found in the larger ML350CDI and makes for quite a value for money proposition. 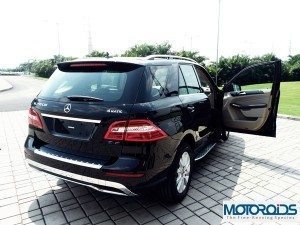