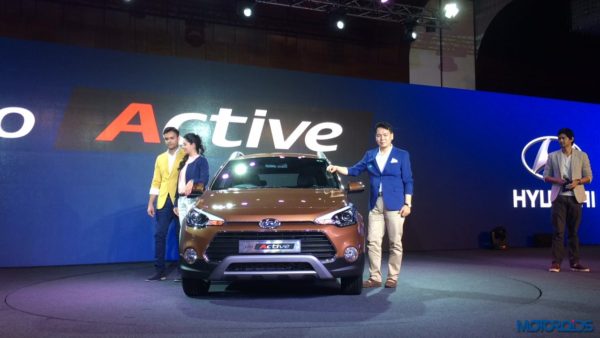 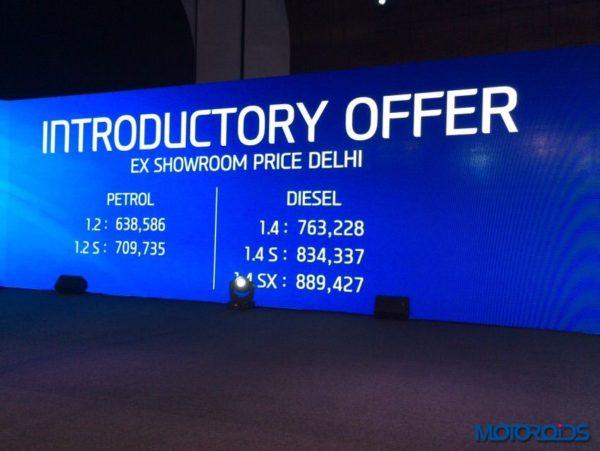 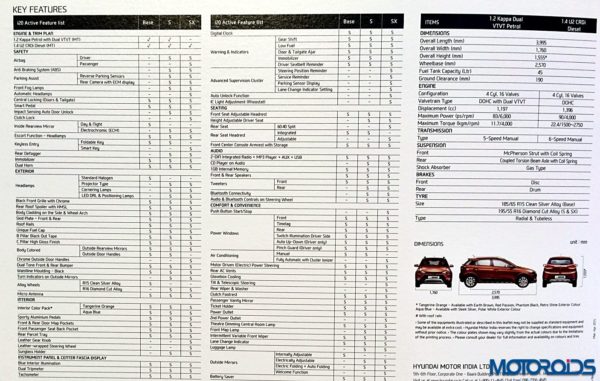 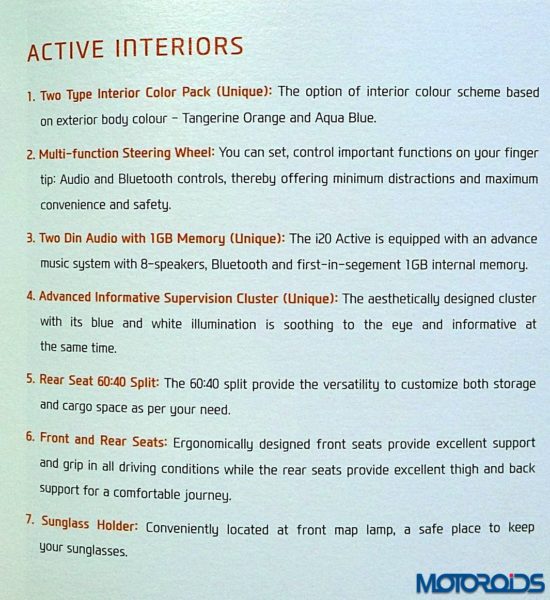 Update 1 Hyundai Motor India is launching its i20 Active hatch-crossover in NCR today. The cross variant of the very popular hatchback is much better in execution as compared to its rivals from Toyota and Fiat counterparts as we found out while reviewing the new car. You can read our exhaustive review of the i20 Active by clicking here. You will get all the information about the interiors / exteriors features, performance and quality in this article. For price and variants of the new Hyundai model, hang on for live updates 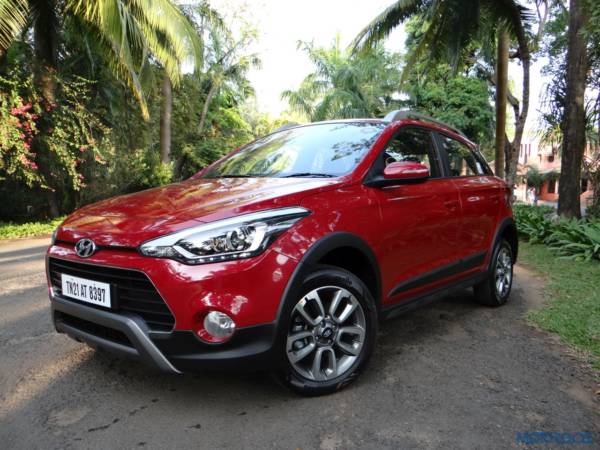 The i20 Active is essentially an Elite i20 with higher ground clearance (190mm), slightly tuned engine and transmission and some stylistic changes made to give the pseudo crossover some more attitude and flamboyance. Changes on the exterior include new bumpers, faux scruff-plates, body cladding all around characteristic of crossovers, roof rails, a grey fuel filler cap and new diamond cut wheels. 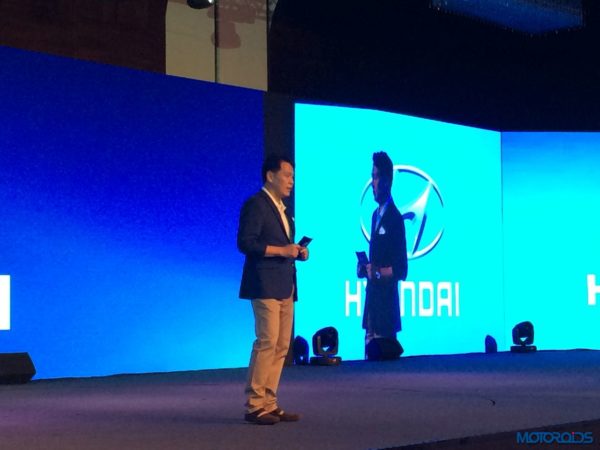 At the rear the car gets new bumpers, with a round reflector pod on the left side and a reverse light on the right. The design theme of the chunky scuff plates from the front has been carried over at the rear as well. In terms of features, the i20 Active gets an edge over the Elite i20 in the form of projector lamps along with LED DRLs.

The i20 Active, just like the Elite i20 will be offered with a 1.2 liter petrol and a 1.4 liter diesel engine. The petrol engine is mated to a five speed gearbox and dishes out 82 bhp of power along with 114 Nm of torque. The diesel engine, on the other hand is mated to a six-speed manual transmission, and produces 89 bhp of power with 220 Nm of torque. With the re-tuned engine-tranny, Hyundai claims that the petrol engine delivers 6% better low-end & mid-range shove, with the diesel offering 11% better performance at the low to mid range.

Claimed fuel efficiency for the petrol engine is 17.19 kmpl and 21.19 kmpl for the diesel engine – both have taken a minor dip from the Elite i20 due to the mildly altered gear ratios.